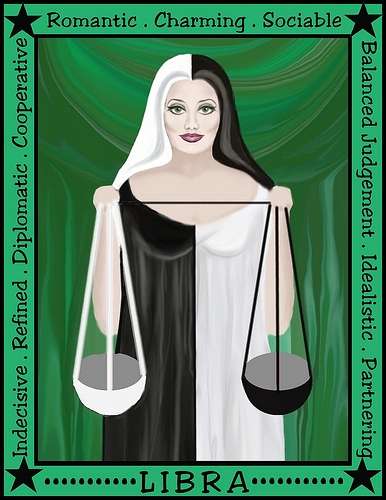 Venus your ruling planet begins the month in Virgo, your preceding sign where it remains until the 16th. This is often a time when you want to retreat from the world, embrace quiet time and take life slowly. This month however there’s little chance of that as August begins with a rush of energy thanks to key planets in Cancer up at the top of your chart ruling your career and where you’re heading.

The first of these is Mercury, the communication planet, and on the 4th Mercury leaves it Shadow phase. This means it’s back at the point in the heavens where it was when Mercury turned retrograde on June 26th.

This is the equivalent of a planetary green light and whatever information was delayed or whatever misunderstandings took place, you now get the go-ahead. Where work and career’s concerned, it’s worth chasing up a job or a contract which you didn’t get on or around late June. Think second or even third time lucky and take a punt.

The second planet in Cancer is the action planet Mars adding ambition, drive and determination to the mix. Mars remains in Cancer until the 28th so there’s no reason to hold back now but instead adopt a go-getting attitude and be more assertive or even aggressive chasing your dreams and goals. Mars can bring frustration or impatience as it is the planet of anger but channel that anger constructively and you can get what you want. Take on the boss, go for promotion and put extra energy into what drives you.

The third and best planet currently in Cancer is Jupiter, planet of opportunity, and the good news is that Jupiter remains in your career sector until July 16th 2014. This is your chance to play big, expand your horizons and go conquer the world. Jupiter rules travel and foreign connections, it also links to publishing, the law and higher education. Whatever sector of your chart Jupiter blesses, this is where you take your chances as it’s where you’re luckiest.

What’s interesting is that Jupiter has been in Cancer and your career sector since June 26th but this was the same day that Mercury turned retrograde so even though the promise is there you may have found it hard to make things happen as Mercury retrograde is often a pesky influence.

Jupiter’s now picking up speed and this month it meets the Uranus-Pluto square. This ongoing clash of the Titans is a chance to get rid of what’s not working in your life and to embrace radical change. Of course it doesn’t always happen that simply and you may find that life has other plans and challenges for you. With Uranus in your opposite sign of Aries and Pluto down at the base of your chart in Capricorn, this highlights your nearest and dearest, your family and where you come from.

What you may find with Jupiter now energising this square is that you have some big choices and decisions to make. Jupiter is powerful in Cancer because it’s the protective planet in the sign of nurturing and some of you may find you’re offered an opportunity to support your family but it will mean certain compromises. This may play out as a job overseas or spending more time at work and less with your family. Whatever your personal situation, Jupiter’s strong now and however difficult it may be, you’re being asked to follow your dream.

For some this month’s stars may influence a one-to-one relationship that’s changing and shifting and this too will have a knock-on effect in all the major areas of your life. Take note of what happens on the 10th/11th when the Moon in Libra creates a Cardinal Grand Cross with the Jupiter/Uranus/Pluto combination and most importantly from the 24th-27th when Venus, your ruling planet, enters Libra and creates a second Grand Cross. With Venus in Libra, yours is the voice of reason and you may be required to be the calming influence on a heated situation. Uranus in your opposite sign is unpredictable so whether relationships have been on-off or there are new developments in your partner’s life that inevitably affect your own life, you may feel as if you’re the one who’s having to hold everything together. It’s a challenging energy but ultimately you can’t let other people stop you doing what you love and perhaps what you feel you were born to do.

Jupiter only enters your career sector once every 12 years so if ever there was a time to give success your best shot, it’s now. Don’t forget that Jupiter also represents freedom and for some of you this is about organising your life so that you can lead a lifestyle that works for you. It’s a big month in many respects and what you put in place now will determine where you are in 12 months time.

Finally, when in doubt or if you’re need of advice or a dose of fun, turn to your friends this August. Socially there’s a lot happening with the Sun in Leo and your friendship sector until the 22nd. Even though your planet Venus is craving some quiet time as August begins, I suspect you’re going to be busy and will need to learn to take power naps or 5 minute meditations whenever and wherever you can.