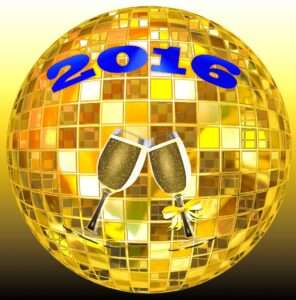 The start of a new year is an excellent time to get things moving, create change and do what you say.

Certainly as the year begins you’ll be ready to tackle some of the bigger issues in your life and you sense that it’s important to be committed, whatever project you begin.

Your ruling planet Venus is in Sagittarius and your communication sector until the 23rd so you’re in the mood to share your ideas, speak up and start the ball rolling when it comes to key talks or conversations.

Yet whether it’s one conversation in particular or one specific topic that’s of importance to you, there’s a serious edge to your communication.

This might not be easy but it’s probably necessary to take the bull by the horns and say what needs to be said. This might be a personal conversation or getting your voice heard and making a difference. Either way, if it’s important to you, do it.

Close relationships are under the cosmic spotlight this month and even though good intentions are there, it won’t always be easy to sort things out with people closest to you. This is because communication planet Mercury turns retrograde on the 5th and from the 8th-25th, Mercury is on retreat in your home and family sector.

You might have things you want to discuss or sort out after Christmas or know that you need to rearrange your living situation or something similar sooner rather than later. The problem with Mercury retrograde is that things don’t always go according to plan and you have to keep trying to get what you want.

It’s a disruptive combination. This is made more so because the Sun is also in Capricorn and both Mercury and the Sun clash with Uranus and Pluto in January. These two planets represent the theme ‘out with the old and in with the new’ and in some shape or form, you need to do things differently with regard to your home or family.

Pluto is in Capricorn and your home and family sector and Uranus is in your opposite sign of Aries ruling your close relationships and your 1-to-1’s. This is a complex picture which suggests conflict rather than unity and it’s going to be harder than usual to get everyone to agree to one course of action.

Be aware of this and if you are involved in family discussions, know that once Mercury turns direct on the 25th, you’ll have a better chance of success.

For some, this is a time when you feel unsettled as if your foundations are shifting. This might be linked to a close relationship, whether you’re parting ways or someone else’s influence affects where you live.

Notice who comes into your life on or around the New Moon of the 10th which is a beacon in the midst of a topsy-turvy time. This New Moon links to the planet of hope and faith, Jupiter, so there’s a theme of forgiveness, a chance to let go and put the past behind you in some way.

If you’re ready to move on and you recognise you need to do things differently in 2016, it’s the decisions you make towards the end of January which will benefit you most greatly.

Money too will be a driving force once action planet Mars leaves your sign of Libra and enters Scorpio and your money sector on the 3rd. You’re going to be ambitious to sort out your money situation and/or your finances with Mars in this sector of your chart and up until early August, Mars will spend an unusually long time here.

This is because Mars turns retrograde from mid-April to late June 2016. Start as you mean to go on and set yourself some powerful intentions and goals for money-related matters. This might be linked to cutting emotional or financial ties as this is a key factor of this month’s activity.

The last week of the month is by far the smoothest as your planet Venus enters Capricorn on the 23rd and it becomes easier to create a peaceful and harmonious environment. People get on rather than fall out and you have a key role to play in this process.

Love too lights up your life once the Sun enters Aquarius on the 20th. This is your romance sector and Aquarius rules all the the good things in your life, such as love affairs, children, creative projects, entertainment and luck.

Mercury dips its toe into Aquarius from the 2nd-8th January but you will have to wait a while to rekindle a loving conversation or meet up with someone again if you connect early on in January. The tide turns after the 20th and the Full Moon on the 24th acts as a guiding light when it cuts across the social and romantic axis of your chart.

Make sure you celebrate or enjoy yourself on or around the Full Moon and get back in the swing socially especially if you’ve been caught up with personal issues or other pressing factors earlier in the month. Everything feels better in life when you have things to look forward to and friends by your side.

Your happy-go-lucky nature attracts admirers your way just in time for one of the most romantic periods of the year, February and Valentines Day. There are no guarantees right now when it comes to love but don’t let that stop you enjoying yourself to the full.