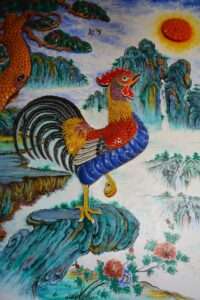 There’s a lot of excitement in your opposite sign of Aries this month and Aries rules your relationships, your 1-to-1’s, both personal and professional.

One key planet in Aries is Mars, your partner planet, and Mars is strong and dominant in the sign of the Ram. This Mars wants to make things happen and then some. It’s a fast-paced, courageous placing for Mars and although this is partly about you and your desire to team up with others, it suggests that you’re going to encounter individuals who embody the Mars in Aries archetype.

This is the hero, the soldier, the leader and Mars in Aries is one passionate individual. So it may well be that in February you are swept off your feet, whether you fall head over heels in love or you meet someone who has a major impact on your life. Who they are and what they represent to you is irresistible.

The other planet joining Mars in Aries on the 3rd is your ruling planet Venus and Venus remains here for the best part of four months. So this could be an astonishing time for your love life, whether you get back with someone from your past, you give up everything for love or you’re ready to paint the town red.

Traditionally Venus isn’t strong in Aries because Aries rules the ego and Venus is all about relating and compromise. Yet this Venus knows what she wants and how to get it. You might even find over the next few months that the indecisive side of your nature disappears or at least stays hidden for a while.

This is a very different experience for you when Venus is in Aries so let this influence you in a good way. Be assertive, learn to say No more often, put your own wants and needs first, especially in your close relationships.

As it’s Valentines Day this month and the Moon is in Libra, use this strong planetary energy to invite the one you love. At the very least, it will set up the perfect opportunity to have a big conversation about some major topics.

However, it is important to point out that Venus is chasing after Mars this month and by March, Venus will change her tune and retreat, pull back. So be aware of this symbolism and even though you’re likely to go hell for leather when it comes to your 1-to-1’s, you will start to slow down as the month continues.

This might be because of what happens later in the month when Mars clashes with Pluto on the 22nd and catches up with Jupiter and Uranus on the 27th. This is full-on energy and perhaps overly impulsive or strong. Be wary of who you get involved with during these dates and avoid anyone who’s angry or impatient.

Yet on the whole this is a positive time for your 1-to-1’s and someone may step in to your life now to help you out in a big way. You have lucky Jupiter in your sign of Libra but on the 6th, Jupiter turns retrograde and remains on go slow until June. So perhaps you are handing over the reins to someone else to take charge for a few months at least.

This is also a good month to focus on all your connections, social as well as family. You need other people in your life now and you’re happiest when you’re around people who make you laugh, who cheer you up, who get who you are.

If you’re a parent, hang out with your kids this month or look at how you can teach children or teenagers or be a role model for a key group of people. Your social connections are also highlighted at the Lunar or Full Moon eclipse on the 11th which cuts across the Leo/Aquarius axis of the zodiac.

This is a repeat of the ‘almost eclipse’ which took place last August 2016 so events back then may relate to what’s happening in your life now. Eclipses often bring change so you may feel ready to leave one friendship set or group behind and find new people who inspire you in a different way.

The Lunar Eclipse on the 11th is supported by other planets so this feels like a new connection that begins. Whether you’re playing a leading role within a group or you’re happy to join in with a team, a society, a political or social cause, people power counts.

This is also a time when you would be wise to draw up some new rules or boundaries with someone in your life, perhaps a friend, child or lover.

There is another eclipse too on the 26th and this is a Solar or New Moon eclipse which takes place in the sign of Pisces. Pisces rules your work and routine, your lifestyle and your health and it’s these areas which are foreground in the second half of the month.

This is the last in a cycle of eclipses which began in March 2015. You may have already made some significant changes to your health, your working life or your spiritual path since then. This final eclipse feels like letting go on some level because Neptune, the planet linked to surrender, is close to the Sun and Moon.

It’s a time when your dreams and imagination are strong so look out for a new opportunity that offers you a more creative or compassionate job or role. You might be called to volunteer for others and being a Sun Libra, you have bucketloads of kindness and caring within you.

Relationships matter this month but it’s not just about your 1-to-1’s. It’s humanity, the bigger picture that could make you want to do something extraordinary as the month comes to an end. The desire to help or serve others can reveal a deeper purpose in your life, a new calling.