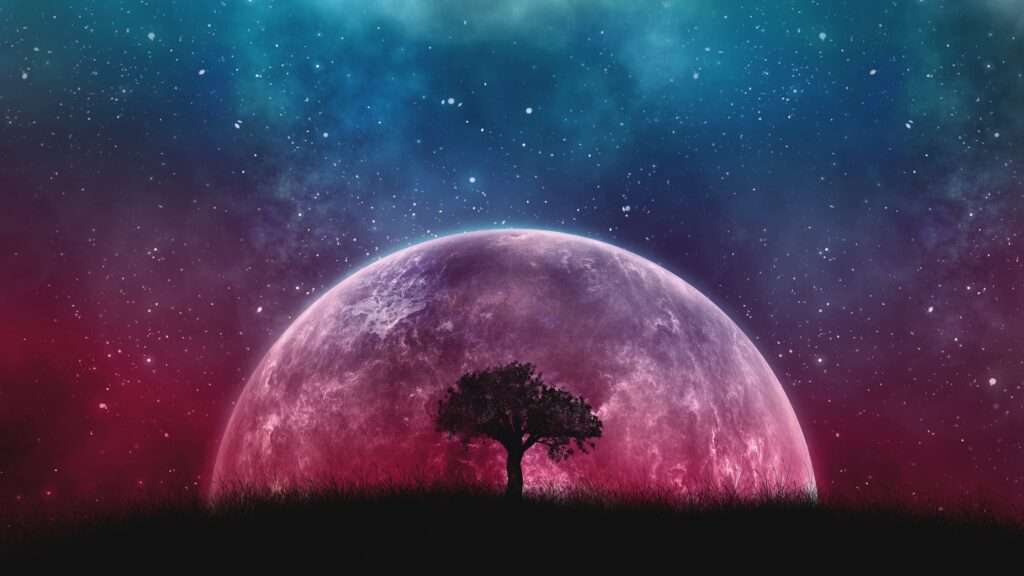 Your ruling planet Venus starts the month at the top of your chart in the sign of Cancer where it remains until the 26th. This puts the focus on your career and vocation, your future and where you’re heading. Cancer represents your status and reputation too so you might spend some time this month thinking about what next and how to make a name for yourself.

This isn’t necessarily a straightforward process however because there’s some big astrology this month which focuses on key areas of your life. In fact, it all starts early in August and what takes place relates very much to your ruler Venus later in the month.

The first big planetary event is Uranus turning retrograde in Aries and your relationship sector on the 3rd. Uranus is an unpredictable element, it’s restless, changeable and exciting. So other people are on show here whether someone leaps into your life or drops out on you. It might be a relationship or partnership that you have no control over and you have to wait and see what the other person does.

The following day, there’s another big planetary event, this time involving Jupiter in your sign of Libra squaring up to Pluto in Capricorn and your home and family sector. So again the spotlight is on close relationships and your involvement in them.

This is an interesting clash because it’s happened twice before, in November 2016 and March 2017. This is the final confrontation, so it could symbolise an ending, a change in your situation, a decision to move on.

You may make a conscious decision this month to move away from toxic individuals or people who are unreliable and make you unhappy. You may recognise that someone isn’t working on your behalf and in fact, you’d be better off without them.

This could apply to someone you know well but it could just as easily be someone in a professional position who isn’t doing their job well. Whatever it means for you personally, you are going to have to confront it later in the month as Venus clashes with all three slower-moving planets on the 15th (Pluto), 17th (Jupiter) and 24th (Uranus).

It’s not going to work doing the same thing over and over again now. You have to look at your situation differently. This might be with regard to a home or property situation, perhaps being let down once again or not being able to sell or buy. If so, use lateral thinking. Could you rent out a property, can you move things around, could family step in to help? Wherever your challenge lies, do something different. The same old, same old isn’t going to work now.

This might also apply to your job or career and thinking what next. If you’re feeling stuck or you don’t get on with someone you work with or work’s not coming in, here too try and think outside of the box. It could be the time to work from home or give up work to look after family or to go back to work after having a family. Certainly, it’s a time to play around with those big decisions.

This feels like part of a process however rather than the final solution. That could perhaps come later in the month as Jupiter in Libra makes a stunning planetary aspect to Saturn in Sagittarius on the 27th. This feels like progress, a conversation you have that opens up new doors or helps you feel more secure.

You might decide to back to school or venture into education as a teacher. Learning and knowledge are valuable assets thanks to this combination.

There are other factors this month however that suggest what takes place now is only part of the picture and you still have to play a waiting game. This is because communication planet Mercury turns retrograde on the 13th in Virgo and the most hidden sector of your chart.

This feels quite introverted, as if you want or need to spend more time on your own, perhaps planning and plotting what next. It’s good for being studious or doing research and self-analysis also fits this planet/sign combination.

After the 13th, don’t worry too much about making big decisions until Mercury is back up to speed early September. For now, do whatever you can to encourage the thinking process. This feels important for you in this transitional period.

There are also two big eclipses to factor in this month and they both highlight social sectors of your chart. So friends will play a key role in your life now and you might be spending more time with certain friends than usual.

There could be extra drama around a friendship or perhaps you’re involved within a group that’s making its mark. Eclipses sometimes bring what’s hidden to light or they can indicate sudden beginnings or endings, a group closing down for example.

The first eclipse takes place on the 7th and it’s a Lunar or Full Moon eclipse. This often flags up a triangle situation, so be wary of trying to keep everyone happy during this eclipse period. It’s going to be harder than usual to do so.

There might be children to factor in to a relationship situation or perhaps you’ve met someone new who isn’t 100% available. As this is a Full Moon, emotions are likely to be full on, so know that if you engage with an important issue, it could blow up out of proportion.

The second eclipse takes place on the 21st and it’s a Solar or New Moon eclipse. This feels exciting for friendship, whether you meet someone new or fall for a friend. This eclipse is closely aligned with Uranus in your relationship sector. New beginnings made now can bring someone very special into your life.