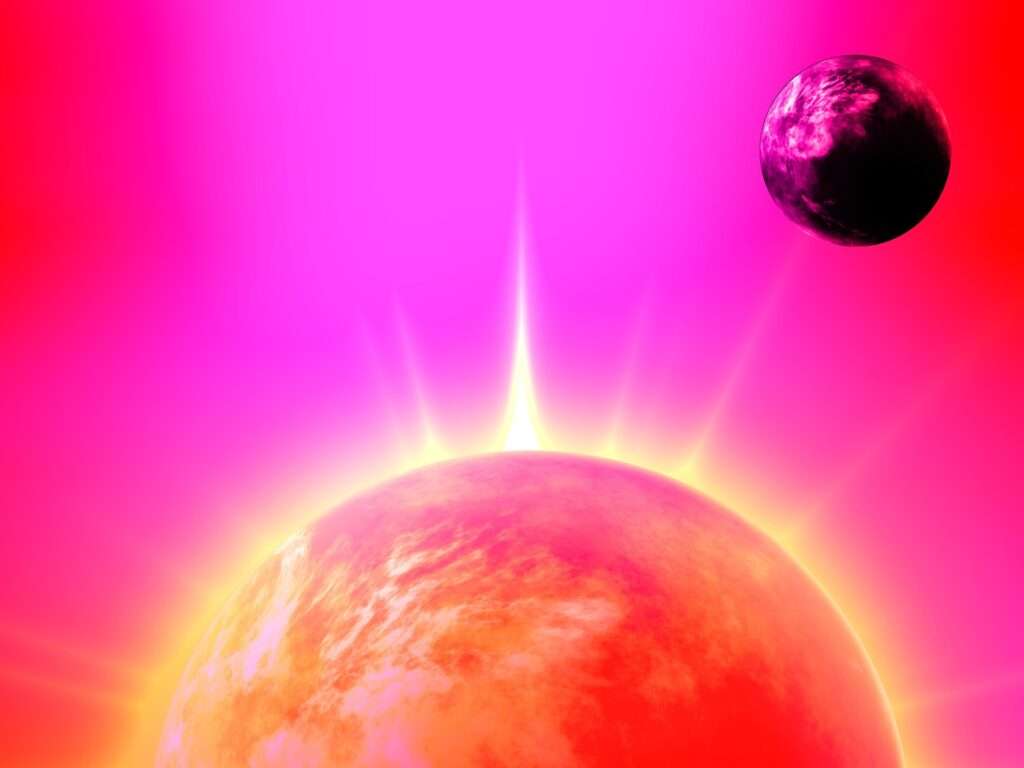 This is an important month for you but one that’s not easy to navigate thanks to two of the personal planets in retrograde motion, i.e. in retreat through the zodiac. The first planet that’s on go slow is your ruling planet Venus.

Venus has been in retrograde motion since March 4th in your opposite sign of Aries. Yet early this month on the 3rd, Venus re-enters the water sign Pisces before turning direct on the 15th, over the Easter weekend. Pisces rules your work and routine, your lifestyle and your health and Venus dips her toe in to this sector of your chart. By the 28th, she’s moving on.

So what do you need to revisit and why? Venus was in Pisces in January and early February 2017 and for some reason, you either have to backtrack or you can benefit from picking up where you left off.

This time around, there’s a significant difference because it’s important to put new guidelines in place and recognise when you need to say No rather than Yes. This is because Venus clashes with Saturn, the planet of limitation, on the 8th and 21st, which adds the ‘get real’ factor to your situation. You might be up against the boss or the authorities and if so, it’s unlikely that you can get your own way.

The time for you to mull over what you want and what’s best for your work and your health is the Easter weekend. Venus’ switches direction on Saturday 15th so take some time to think what next and recognise whether a work situation has run its course or you’re ready to change things around in some other way.

Money could be a factor, especially as there’s a strong influence on joint finances and shared resources throughout April. Action planet Mars is in Taurus and your money sector until the 21st so engage with money matters and push for answers.

This is important to do so early in the month and the 6th could turn out to be significant in this respect. Mars teams up with Pluto in Capricorn and your home and family sector on this date. Together these two planets promise accomplishment and when you’re forceful, you can transform your situation.

This could spell good news for a property sale, an inheritance or other money that’s owed. If you need to ask for help, either financially or emotionally, this would be a good date to choose.

It’s also important to note that the other planet which turns retrograde in April is Mercury, the planet of communication. Mercury switches direction in Taurus on the 10th so ideally sign and seal a deal before then.

You may need to review your finances after the 10th or reassess your situation. You could find that you’re having to wait on money owed or someone breaks their promise. This is an ongoing and changing picture so be both patient and persistent to ensure you don’t lose out.

On the 19th, the Sun enters Taurus and immediately connects with Mercury on the 20th, just before Mercury changes signs. So this would be a good date to re-negotiate or rethink your plans. A few days later on the 26th, there’s a New Moon in Taurus and New Moons are a symbol of new beginnings.

This is an excellent date to set your intentions around money, to take the initiative, to seek out new cash opportunities. Set yourself up well and you could be quids in come mid-May when Mercury returns to Taurus and your ruling planet Venus moves out of its shadow phase.

April is a month when people matter to you and although you’re wise to work together with others, you might have to accept that not everyone is on your side. There’s a lot going on in your opposite sign of Aries now and both Venus and Mercury spend some time retrograde here. Venus until the 3rd and Mercury from the 20th to May 3rd.

So people may surprise you and not always in a good way. The date that could prove most revealing is the 11th when there’s an amazing Full Moon in your sign of Libra, cutting across the Aries/Libra axis of the zodiac.

Full Moons are illuminating, you see your situation clearly. This Full Moon is especially powerful as it pulls in the Jupiter-Uranus-Pluto T-square which dominates for much of 2017. So you may see someone’s true colours at this time or recognise where you can win and where you might lose.

This combination means that someone won’t play fair or has a different agenda to your own. It’s hard to juggle the different areas of your life at this time, especially home, family and personal relationships. Keep an open mind and be willing to compromise without giving in.

The Sun is in Aries until the 19th and the Easter weekend could prove powerful for your 1-to-1’s. There’s plenty of excitement around love and relationships this month but it’s not a stable or steady picture by any means.

The Sun runs into unpredictable Uranus on Friday 14th, the day before your ruling planet Venus turns direct. Uranus often indicates sudden stops or starts; love either ignites beautifully or the switch flicks off.

Once Venus turns direct, it’s time to act and ensure your own needs are met. By doing the right thing, you make way for a new phase in love and relationships. Once Venus re-enters Aries on the 28th, this is when love can flourish again.