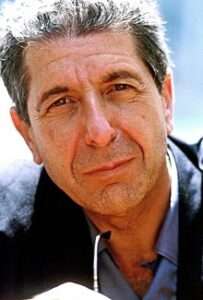 I woke up this morning to the news that Leonard Cohen passed away four days ago, November 7th 2016 at the age of 82. His death was announced yesterday.

This seems to be a year when so many of our great singer/songwriters are leaving us and astrologically I wonder whether this is the Saturn-Neptune square that’s been so active from November 2015 to September 2016. The two planets are still within orb this month but finally move away next month.

Neptune is the poet, the musician and Saturn is Old Father Time. The passing (Saturn) of so many great poets/musicians (Neptune).

Leonard Cohen (b. September 21 1934) was a great poet and novelist as well as a gravelly-voiced singer, musician and prolific song-writer.

His chart (see below) shows he was a child of Mercury, confirming his status as a wordsmith, a genius with lyrics.

Mercury rules two signs, Gemini and Virgo, and immediately you see that Leonard was a Sun Virgo, born with the Sun conjunct his Virgo Ascendant. His ruling planet is Mercury, Mercury rules his Gemini Midheaven, his career/vocation, and he has a 1st house Mercury. Words were his life.

Yet like so many great singer/songwriters there’s a sensitive, lyrical signature to his chart. His Moon is in Pisces, Neptune’s sign, and he has a very close Venus/Neptune conjunction in Virgo in the 12th house. On the Leonard Cohen page on Wikipedia, the second sentence states: “His work explored religion, politics, isolation, sexuality and personal relationships”. Apart from politics, the Venus/Neptune/12th house influence resonates in all those themes.

Leonard Cohen’s influence has spanned over six decades and the tribute to him in 2008 when he was inducted into the Rock and Roll Hall of Fame touched on his humanity. Twice this last year, I too have been touched by his work, his influence, his humanity.

The first time was when he heard that his lover from his youth was dying so he wrote a letter to her. The woman, Marianne Ihlen, was his muse when they lived together in Greece and his famous song, ‘So Long Marianne‘ was inspired by her. The letter contained the line, “Know that I am so close behind you that if you stretch out your hand, I think you can reach mine.” It’s a wonderfully poignant letter of a love that’s past yet not forgotten.

The second time was hearing the title track from his most recent album released earlier this year. Reminiscent of Bowie’s last album, it talks about loss and darkness, a prophecy, an acceptance of the end of life. The name of the album is ‘You Want It Darker‘ and it’s an incredible title song.

Please listen to it in honour of a poet, a musician, a lyricist. Gone but not forgotten. 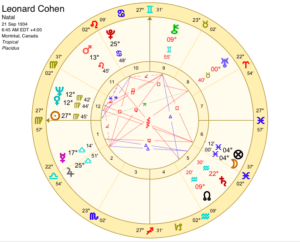