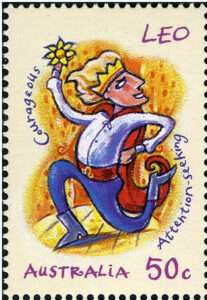 This is an important month for a number of reasons and it’s worth your while taking some time to decide what you want/need to do with regard to your home and family and your work.

These areas require careful consideration and for some it’s time to make a big decision either to let go and move on or to commit to the next stage.

Scorpio is the sign down at the base of your chart ruling your home, family, your past and where you come from and for the last two years, Saturn, the taskmaster of the heavens, has been in this sign.

Saturn doesn’t indicate bright and breezy opportunities but rather shows you where your limitations are and calls you out to deal with the more difficult side of life.

This process began last month so think back to what happened or took place early in the month when Mercury (communication) turned retrograde in Scorpio on October 4th and there was a Solar or New Moon eclipse in Scorpio on October 23rd. This symbolism represents a door closing, someone being unavailable, having to wait or be patient and finally dramatic events or truths that came to light.

This month’s stars are all about deciding what to do based on what took place or what you discovered over the last few weeks. For some, this will be about closing the door on the past or closing the door on something you wanted but can’t have. For example, you may decide that you’re not going to visit family who live on the opposite side of the world or that you’re going to say No rather than Yes to a family member’s request. You may come to a realisation about a property or home move and know that a decision is called for.

Whatever you decide is important as this is about clearing things up at the end of one year so you can go into 2015 leaving a burden behind and knowing that you’re ready to start afresh. Saturn leaves Scorpio and this sector of your chart on December 23rd 2014.

The key dates this month are the 6th when there’s a Full Moon cutting across the Taurus/Scorpio axis and the 13th, 18th and 26th when Saturn is conjunct Venus (love), your ruler the Sun (self) and Mercury (communication) respectively.

Full Moon energy heightens emotions but also brings clarity to your situation. You’re called to make a decision and four days later on the 10th when Mercury returns to the place it was in the heavens when it turned retrograde on October 4th, you can initiate that all important conversation. For some, this is about second chances or trying again but for others it’s a decision that’s final and linked to an ending in some shape or form.

Work too is under powerful stars this month as Mars is strong in Capricorn and the everyday work sector of your chart. You may be asked to play a leadership role or take on extra responsibility. Mars in Capricorn tends to be a busy influence whether you’re in work or out of work and whatever your personal situation it’s a strong indication that you can get the job done and focus on achieving your goals.

Mars clashes with the Uranus-Pluto square on the 10th and 13th respectively but this is more likely to be old business, an issue that keeps re-occurring. It’s connected to your work and what you do on a daily basis and it’s linked to your beliefs, your principles and your way of thinking. There may be a decision looming with regard to a study course or a trip away and a sense that you have to make a choice between work or pleasure.

On some level, you are breaking away from old ties now and setting off on a new path. The traditional or conventional way of doing things is outdated and you want to bring fresh energy to a project or group in which you’re involved. So much of this month’s astrology is about getting things right so you can enter 2015 knowing where you’re heading and why.

Aside from the more serious nature of this month’s stars, there is plenty of opportunity to have some fun. Venus, the love planet, enters flirty Sagittarius on the 16th and is joined on the 22nd by your ruler the Sun. The 22nd is a dynamic date when there’s a New Moon in Sagittarius which presents a brilliant opportunity to socialise, meet someone new, have fun with the kids and focus on play rather than work.

Sagittarius is a fellow fire sign and rules all the good things in life such as love affairs, children and pregnancy, entertainment and creative projects. The second half of the month there’s a real rush of lively and fun energy whether invitations come to you or you’re the one who decides you want more focus on entertainment and leisure activities.

This helps balance out the heavier feel of November’s stars. If you’re looking for love, it’s the second half of November that holds promise and when Venus teams up with Uranus on the 27th, you’re in luck. Enjoy yourself.