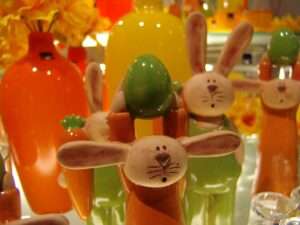 There is a lot going on this month and it’s important to keep on top of things, especially with regard to money matters.

Up until the 20th, your ruler the Sun is in the sign of Pisces and the sector of your chart that rules joint finances and shared resources, in other words, other peoples’ money. Then on the 13th, Mercury (communication) also enters Pisces where it remains throughout the rest of March.

There are a couple of astrological events this month that convey the same theme and this is about some aspect of money that’s a potential blind spot. This will play out in different ways for you but it’s important to look at your own money motivation and to notice whether you have your head in the clouds with regard to money.

Do you believe you’re good with money or do you hand your finances over to other people? Does money arouse strong emotions in you, such as guilt, envy, fear? This would be an ideal month to delve a little deeper and ensure that you’re swimming in the world of money rather than avoiding it altogether.

When you have key planets in Pisces and the joint finance sector of your chart, it’s likely that you’re having to deal with money matters more than usual, whether this is due to an inheritance, a debt situation, savings, insurances, loans, remortgaging, etc. The most important action you can take with regard to money is to examine your money mindset and understand more about your money motivation. Learn to play with money and to enjoy money as much as possible, whether you have lots of it or not enough.

The key dates to focus on money, to learn more and to deal with your own personal money situation are the 5th & 6th and the 16th & 18th. The most important date this month however with regard to money, cash, finances is the 20th, when there’s a Solar Eclipse in Pisces.

This is a super important eclipse not only because eclipses can bring what’s hidden to light, which is why it’s important to become cash savvy sooner rather than later, but because it takes place at the final degree of the zodiac 29 Pisces.

So even though this eclipse is a Solar or New Moon eclipse signalling new beginnings, it also involves an ending. This might mean closing the door on a money deal that’s not working out, stopping the financial plug in some way so you don’t lose your money or changing your attitude to money.

As we’re talking about Pisces here, you might even consider the notion that money is nothing more than a flow of energy and once you allow yourself to be ‘in flow’ and let things be, life becomes a whole lot easier and whether you have money or not, on a universal level it’s irrelevant. Back in the real world however and it is sensible advice to be cash savvy before the 20th so the eclipse doesn’t catch you out.

It’s also important to add that if anyone’s going to be lucky now, it’s you as you have Jupiter, the planet of luck and opportunity, in your own sign of Leo. This is quite a month for Jupiter as he makes the second of three trine aspects with Uranus in Aries, the planet of change on March 3rd. The first aspect took place on September 25th 2014 and the third aspect will take place on June 22nd 2015. This is the middle one.

This is a brilliant combination as these are the sky gods in fire signs urging you to break free or break through. It’s an exciting, daredevil, spontaneous pairing that’s about creating more space and freedom in your life. Jupiter Leo focuses on your personal goals and ambitions, your image and appearance and Uranus in Aries targets travel, education and any activity that broadens your horizons.

This is where the action’s at not only on or around the 3rd but throughout the month of March as Mars, the action planet, remains here all month and on the 20th, the Sun joins Mars in Aries. There’s no point even trying to play small now; you have to expand your horizons, dream big, grab adventure and new experiences whilst you can. If you get an offer to travel, study, explore, go for it. The dynamic combination of Jupiter-Uranus is ripe for risk-taking and change. If you want to do something amazing this month, find a way to finance it or fund it and pull out all the stops.

This month sees the last Uranus-Pluto square which takes place on March 17th. This is the 7th and final clash of the Titans which began n June 2012 and reverberated for a few years before then. On some level therefore this is nothing new and with Pluto in Capricorn ruling your work, how you earning a living, your everyday routine, your health and fitness, it’s these areas that are under the cosmic spotlight.

It’s impossible for things to remain static with such dramatic astrology. For some, the Uranus-Pluto square might have been a time of upheaval and you could still be experiencing the consequences of the events of the last few years. Whether work’s been full on or non-existent, whether you’ve battled to change your lifestyle or transform your health, it’s been constant. The Uranus-Pluto message is that things cannot stay the same, they represent the mantra ‘out with the old and in with the new’ and it’s often futile to resist change.

This is the final hoorah of the Uranus-Pluto square and it’s powerful in the heavens from the 4th until the 17th March. Again its effects may be felt for a while yet, a few months more. Where in your life do you want a revolution? Are you itching for a change of scene, do you have a yearning to study or learn, are you called towards a spiritual or religious path? Do you want to chase the one you love halfway around the world?

See what transpires as the month progresses and if you want to commit to a new way of life, a course, a move abroad, a creative project, a relationship, having a baby or something particular to you and your situation, the date to note is the 25th. Your ruler the Sun is trine Saturn, the planet of commitment on this day, so plant your flag and state your intent.