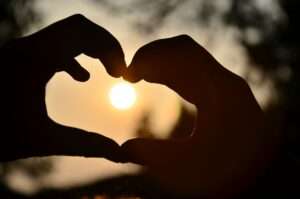 This is a big month for relationships and there will be moments of delight followed by moments of confusion or lack of clarity.

You’re learning to go with the flow and recognise increasingly that, when it comes to affairs of the heart, being in charge and having control is an illusion.

This month’s Full Moon is a powerful one for you as it falls in your sign of Leo on February 3rd cutting across the 1st/7th axis of your chart highlighting your role in relationship. This is about you v. the other; it may intensify a personal relationship or a professional partnership. Either way, it’s important to know that during a Full Moon period, emotions are heightened and drama is encountered.

You’re a big character being a Leo and there are times throughout your life when you may sense that you’re in the midst of a soap drama and this is potentially one of those times. So what can you do? Be true to your heart and follow where it leads? That’s one solution and to trust that love will show you the way.

What’s confusing however is that Mercury, the planet of communication, is currently retrograde or on go slow in your opposite sign of Aquarius. This means that things are hidden from you right now, you don’t have the full facts or the truth, and misunderstandings and rumours are often rife when Mercury’s up to its tricks. So bear with, keep an open mind and be willing to communicate, try to understand another person’s point of view and widen your perspective.

Mercury turns direct this month on the 11th and this is your first turning point. It brings moment of insight or clarity, news is forthcoming or hidden information comes to light. It’s a powerful date for a heart-to-heart, an important conversation or interaction. Plus one week later on February 18th, there’s a second New Moon in Aquarius and New Moons are a symbol of new beginnings, the chance to make a fresh start.

The first Aquarius New Moon took place on January 20th, the day before Mercury turned retrograde. Insights or decisions that were made back then are reignited first when Mercury turns direct (11th) and secondly when there’s a double New Moon in Aquarius (18th). There’s a theme of second chances, not giving up, trying again.

Plus there’s a helpful Mercury-Saturn sextile aspect which takes place twice this month. When Mercury enters a retrograde phase, you often get three connections, the same aspect that plays out three times. Mercury was in sextile aspect to Saturn on January 5th, the day of another powerful Full Moon in the heavens and this month, Mercury is sextile to Saturn on February 5th and February 19th. The third contact is the most important and this is about agreements, finalising matters, making important decisions, speaking your mind. You know what you want and you can talk about it in a way that’s conclusive.

Saturn is currently in Sagittarius, the sign that rules love affairs, children, creative projects, entertainment and luck in your chart. Saturn is a heavy-weight planet, so he’s bearing down on one of these areas and limiting your ability to wing it or adopt a happy-go-lucky attitude. You’re being asked to take one of these areas of life seriously and make a commitment or make up your mind.

This month’s stars are powerful for love and relationships, children and babies, following your heart and your passion. It’s a topsy-turvy route but you will get there in the end and determination pays dividends.

If you’re new to the love game, then it’s the second half of the month when things hot up. Until then you can’t always trust other people or what they say as everyone’s liable to change their mind, yourself included. Yet on February 20th, the love and relationship planets, Venus and Mars, storm into your fellow fire sign of Aries and two days later on February 22nd they come together in the heavens.

This is gorgeous astrology, super sexy, hot and vibrant. It picks up your house of travel, adventure and new experiences. It’s a holiday romance guaranteed or a sudden impulse to chase half way around the world to be with the one you love or perhaps they find you. Look out for the person who makes you laugh, inspires you with their sense of adventure or can teach you and open your eyes to a new way of seeing the world. Forget Valentines Day this year (14th) and plan your big adventure for the following weekend (20th-22nd).

Finally this month, you need to understand the link between your emotions and your finances. This is ongoing throughout February but is emphasised once your ruler the Sun moves into Pisces on the 18th. Look at your financial ties, especially those that have an emotional edge, e.g. with an ex, a business partner, your current partner.

On the 23rd and 26th, the Sun clashes with the Saturn-Neptune square and you’re being called to look at not only your ties but where your money goes. Put some limits or boundaries in place that support you and be aware that if you go with the flow when it comes to money, it will flow out but will it flow back to you?

In other words, it’s time for a reality check. This may mean that you experience a disappointment when you realise it’s time to let go of one particular dream due to financial restraints but it can also expose where there are any flaws in your money management. Don’t let other people fob you off with a sob story or a similar scenario and run a tight ship. Captain’s hat firmly in position and take charge of your money.