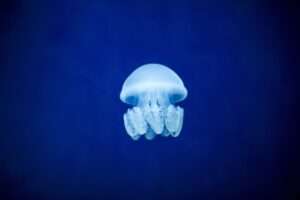 This is an important month for your work and career but it’s not necessarily about new beginnings. In fact, this month is ideal for wrapping up a work project or looking at new ways you can work and manage what you’re doing.

As June begins, communication planet Mercury remains in Taurus and your career sector. Mercury is normally a swift moving planet but Mercury has been stuck in Taurus since the beginning of April 2016. In fact, Mercury only exits its shadow phase on June 7th and a few days later on June 12th, Mercury finally moves on.

So this has been a long haul whether you’ve been exceptionally busy or you’ve been stuck in a work situation where you’ve been dragging your feet and it’s basically felt like hard work. Yet for some, there’s another reason why things need to shift this month with regard to work.

It might be that you have successfully completed a project or you feel you’ve come as far as you can with one particular job or form of employment. There is another important planetary factor which focuses on your working life and also your money, wealth and abundance.

This is the impressive Jupiter-Pluto trine aspect which takes place on June 26th. Both these planets are in earth signs, the element linked to money, productivity and all things business. This is the third and final connection between these two planets. The first time they met was in October 2015, the second time in March 2016 and this is their final, and potentially best, meeting.

Earth signs aren’t about overnight success but instead they are about reaping what you sow, working hard to enjoy your rewards. So hopefully this has been a productive period for you and if so, there might be special reason to celebrate later this month.

Jupiter remains in Virgo and your money sector until mid-September, so you have a few more months to make the most of this positive transit through your personal money sector. This is where luck and good fortune reside and you now have an opportunity to profit and maximise your success.

A lot depends on your ability to stay grounded when it comes to money, to pay attention to the details, focus on the facts and not take your eye off the ball. There is another influence with regard to money matters which is particularly strong this month and this involves the planet Neptune.

Neptune is currently in Pisces and your joint finance sector. Neptune rules dreams and the imagination, it evokes the creative influence but it’s also the planet of fantasy and confusion. You can be easily seduced or fooled when Neptune is strong so don’t wear rose coloured glasses when it comes to money and finances.

There are two potentially tricky periods this month with regard to Neptune and the first is around the New Moon on June 5th. During this New Moon, there’s a Grand Cross in the sky. This creates tension, and it can be easy to slip into impossibility.

However, it’s important to note that this Grand Cross takes place in the mutable signs Gemini, Virgo, Sagittarius and Pisces. Mutable signs are flexible, there’s movement so you have options although you might have to change what you want to do on or around this date.

The New Moon highlights your social life as it’s in the sign of Gemini. Gemini rules friends, groups, clubs and societies in which you’re involved. Basically it’s about your wider social network. This is where you can turn your attention this month and perhaps line up other people to help you either with regard to work or a social event or a group project.

Your ruler the Sun remains in Gemini until the 20th and the other important planet in Gemini as the month begins is Venus, the planet of love and relating. Venus remains in the sign of the twins until June 17th.

This is potentially a lively period for your love life. It feels flighty, enjoyable, playful. Yet this also creates tension. This will be different for you depending on your personal situation but it might mean you have family or children to consider alongside your love life or you’ve chosen someone who isn’t 100% available. You might clash with a friend, for example, if you are both interested in the same person.

Money too is pulled into this conflict situation and it’s here where you need to be careful what you say Yes to. Don’t make a promise lightly, think twice before you loan or invest money and before you go any further, ensure you have the full picture. Remember Neptune’s ability to distort the situation.

The other key period in the month is around the Full Moon in Sagittarius on June 20th. This picks up the sectors of your chart connected to socialising, love, children, creativity and entertainment. Two days before the Full Moon, there’s a powerful Saturn-Neptune square in the sky.

This often highlights an issue in life where you feel stuck, and it’s here where the theme of impossibility can kick in. You have to distinguish carefully between what’s real and what’s fantasy and consider which limitations are fixed and where movement is possible.

Try not to let fear dominate and even if you can’t change your situation, how can you change the direction you’re taking? Sometimes you have to consider what’s not working out and where it’s better to let go so you can start over and focus your energies elsewhere.

Finally this month, it’s important to note that action planet Mars remains retrograde until June 29th. Mars is down at the base of your chart in the sign of Scorpio and the focus is on your home and family and your past. Here too, you have to take things slowly now and not rush.

Events close to the Solstice on June 20th confirm that you can’t run before you walk. Your ruler the Sun is in Cancer and the most hidden sector of your chart on this date and, for one reason or another, you need time out, a period of retreat or preparation before you set off again.