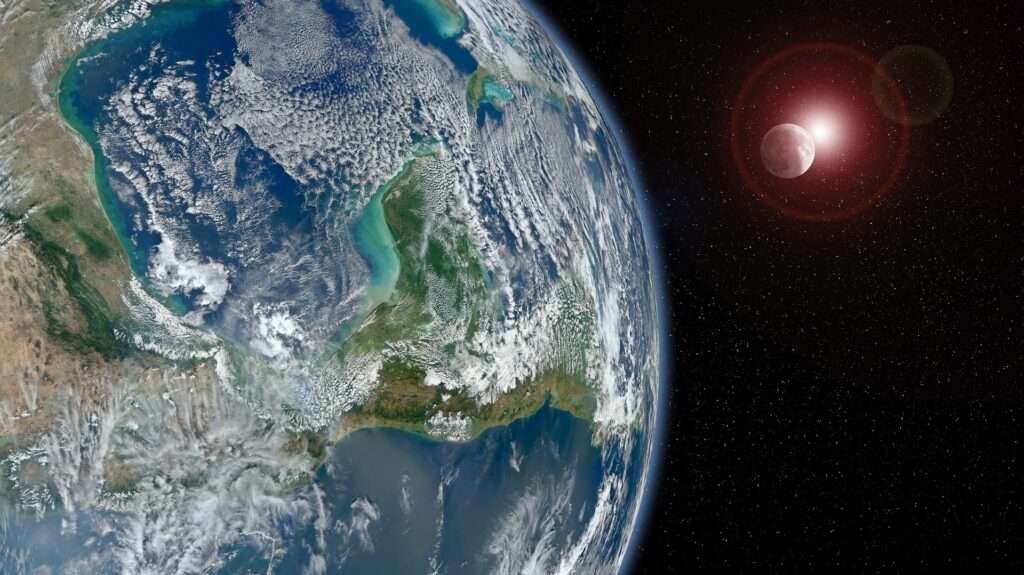 As April begins, your ruler the Sun is in your fellow fire sign of Aries. This lights up the side of your personality that thrives on adventure. Aries rules the bigger picture in life; it’s linked to travel and study, the law, publishing and foreign connections.

So one thing’s for sure, this is month when wanderlust kicks in and you’re keen to get new ideas and plans off the ground. This is all well and good and there’s nothing wrong with exploring your options and lining up some new activities to look forward to.

However, it is important to recognise that this is a double retrograde month, with both Venus (relating) and Mercury (communication) on go slow at different times and overlapping in the middle of the month. So the general rule of thumb is keep the inspiration bubbling away, but be flexible and willing to change track when necessary.

The Full Moon on the 11th is important in this respect because it takes place on the day after Mercury turns retrograde on the 10th. The Full Moon cuts across the Aries/Libra axis of the zodiac and lights up your travel and education sectors. Yet this Full Moon doesn’t act alone. It pulls in the powerful Jupiter-Uranus-Pluto T-square that dominates the heavens for much of 2017.

This means that it would be easy now to get carried away, to over-inflate ideas and projects, without thinking things through first. There’s a Vegas-or-bust feel about this combination, a ballon that flies so high it’s in danger of bursting. What you’re planning could be a gamble, a huge risk, exciting but scary too.

So be aware of this possibility and without wanting to burst your bubble, remember to keep your feet on the ground and check out what you want to do via other people. Sometimes it simply takes a while to get the best plans moving and this might be the case for you. You may have to trial a few bloopers before you discover the formula that works.

If this is the case, keep experimenting, keep trying and actively engage with what works and what doesn’t. If you’re really keen to move abroad, to have your book published, to start a new course of study, set things in motion but be prepared to keep refining what you want until you discover the perfect formula.

Communication planet Mercury moves back into Aries on the 20th and this often indicates that you need to review and reassess your plans, your ideas. Mid-May is the turning point when the obstacles fall away and you’re in business.

There’s a strong focus now on being successful, making things happen. This is because there’s major activity taking place in Taurus, the sign that rules your career and vocation, your future and where you’re heading.

Action planet Mars is here until the 21st and this is an ambitious Mars. Mars gives you the drive to get-ahead, even if you have to be persistent and disciplined to achieve your goals. Yet Mercury is also up to its tricks in Taurus and is retrograde here from the 10th to the 20th.

So you may land that top job or nab a promotion but you can’t start immediately. Perhaps you have grand ideas for your work, your business but you run into problems or someone retracts their interest. Mercury turning retrograde often signals a change of mind, whether this is down to you or someone else.

Once the Sun enters Taurus on the 19th, then you’re starting to fly and there are two dates which look especially intriguing. The first is when the Sun meets up with communication planet Mercury briefly on the 20th just before Mercury leaves Taurus and your career sector. A last-minute meeting or conversation could save the day.

The second date is the New Moon on the 26th which also falls in Taurus. This could be the green light that you’re waiting for, that brings in the news you were hoping for. New Moons are a symbol of new beginnings, an excellent date to set your intentions, to try something new.

Yet this New Moon isn’t brilliant for a major launch, simply because Mercury remains on go slow until May 3rd. Instead, use it to plan, to get ahead, to seek out new opportunities. Perhaps you want to take a short trip before you commit to a new job or learn something new before you launch a project. Again, the turning point is likely to be mid-May when Mercury returns to this same sector of your chart.

The other planet retrograde in April is Venus, the planet of love and money. Venus turns direct in Pisces on the 15th after six weeks on go slow. It only dips into Pisces however. I’s a good idea to think back to January and early February when Venus was lighting up this same sector of your chart.

Can you revive an association from back then, do you need to return to the past in some way to bring a financial or emotional matter to completion? Easter weekend is the turning point, although new guidelines might have to be agreed before you can make progress.

Love too is highlighted over Easter so perhaps love and money are linked. Your ruler the Sun teams up with Uranus on Friday 14th and Saturn on Monday 17th. Both planets are connected to relationships in your birth chart so this feels pivotal. Plus with Venus turning direct on Saturday 15th, this would definitely be a time to try again when it comes to love.

With someone special by your side, you can start to gain the inspiration and support you need to move your life on to the next stage. You’ll discover who that person is in the second half of the month.