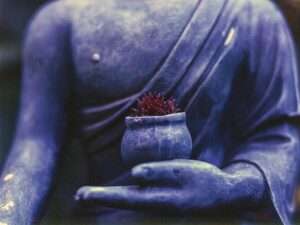 You can understand why the Jupiter-Saturn cycle has been so important throughout history because before the discovery of the modern planets, Uranus, Neptune and Pluto, Jupiter and Saturn were the guardians of the seven traditional planets.

They were the planets furthest away from the Sun and to some degree both planets are linked to wisdom and knowledge. In mythology too Jupiter and Saturn were powerful figures because Saturn ruled the old world and Jupiter ruled the new world.

The last major Jupiter-Saturn cycle began in May 2000 when there was a Jupiter-Saturn conjunction at 22 Taurus, the sign of money. This cycle has coincided with a difficult time for the world economy and today’s square aspect on Thursday 26th May 2016 is the final major square aspect between the two planets before a new cycle begins in 2020.

Financial astrologers predict that we are still in for a choppy few years and, in some shape or form, our current system has to change.

The new cycle promises a great deal because the next Jupiter-Saturn conjunction takes place on 21st December 2020 at 0 Aquarius. We move away from the element of earth, associated with money, business, productivity towards a new era symbolised by the air sign, Aquarius.

At its best this promises changes to the collective whether at a political, social, humanitarian or environmental level. More likely than not it will have to be a radical change or shift because 0 degrees of any sign is a sensitive degree.

On a personal level, it helps to think what these two planets represent and how they differentiate from each other:

In astrology, Jupiter is known as the greater benefic and is the planet of expansion. Jupiter is linked to joy (the term jovial derives from Jove, another name for Jupiter) and brings good fortune, opportunity and growth.

In astrology, Saturn is known as the greater malefic and is the planet of limitation. If Jupiter is Yes, then Saturn is No. From Saturn comes the word saturnine, meaning a gloomy disposition. Saturn is the planet of realism, boundaries and hard work.

These two planets are opposite in nature and ultimately this is the battle between faith (Jupiter) and fear (Saturn). Square aspects indicate a conflict and the challenge is to blend the opposing principles in a positive way.

For example, Jupiter can learn from Saturn’s discipline and ‘get real’ mentality and Saturn can learn from Jupiter’s desire to take risks and think big. When they work together, this is the optimistic realist, the practical visionary.

During today’s square aspect, Jupiter is at 13 Virgo and Saturn is at 13 Sagittarius. Jupiter is currently direct whilst Saturn is retrograde. Jupiter isn’t strong in Virgo, the sign of facts and figures and sensible actions. Yet Saturn is in Jupiter’s sign of Sagittarius and highlighting philosophical ideals, truth and justice. They are at least trying to understand more about each other.

Faith or Fear – Who Will Win?

Today’s square aspect indicates that you need to pay attention to the details wherever in life you’re dealing with challenge or struggle, yet at the same time don’t lose sight of the bigger picture. You might come up against conflicting opinions or beliefs to your own and, just like Jupiter and Saturn today, there’s an invitation to at least try and understand where the other person is coming from.

Recently I read a quote that’s remained with me and in essence it states that your mind can’t hold faith and fear at the same time. You have to choose one or the other.

Perhaps this is the most important concept that you can take away from today’s powerful Jupiter-Saturn square. If things don’t work out the way you want them to, it’s how you respond that will determine how you move forward. Keep the faith and hold fear at bay.