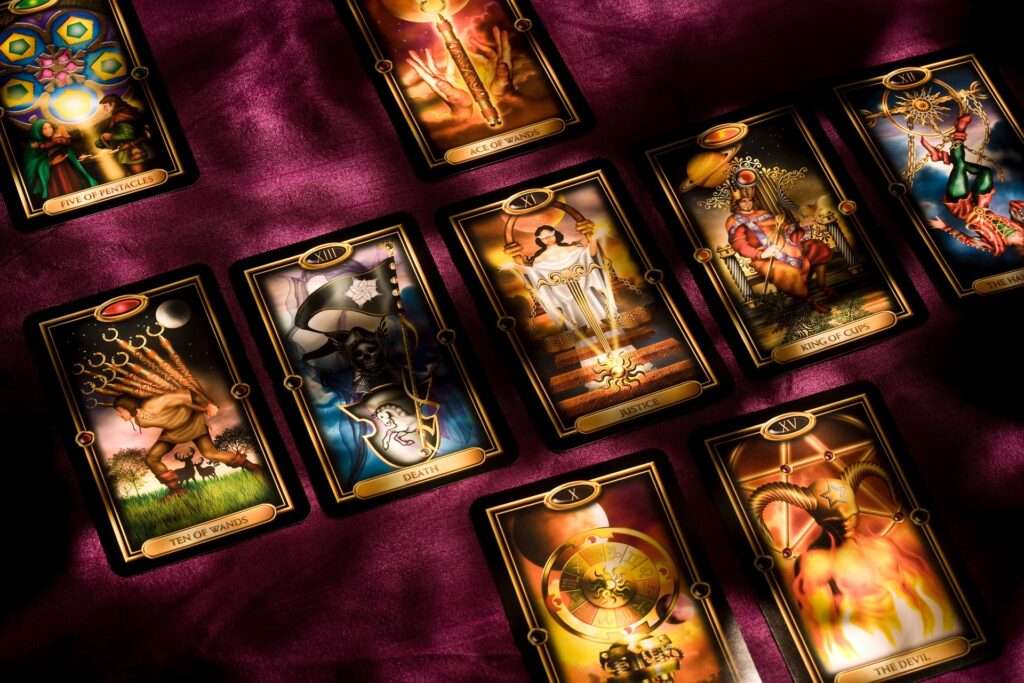 This week’s major planetary aspect is between Jupiter in Libra and Pluto in Capricorn. Two planets with big reputations/expectations square up to one another.

Pluto has links to the Underworld and corruption, the planet of loss and destruction. Yet with Pluto there’s also the potential to be reborn just as the phoenix rises from the ashes. At its best, Pluto is the planet of self-transformation although it’s rare to avoid the dark night of the soul before you step back out into the light.

Jupiter is the biggest planet and contains a wealth of symbolism within it. This is the planet linked to expansion, growth and opportunity. In the world, it represents foreign connections, faith, the culture we live in, learning, humanity and justice. Jupiter’s nature is optimistic, the bringer of joy.

Jupiter and Pluto’s characteristics are poles apart but together they wield huge power. If you have these two planets in major aspect in your birth chart, there are often themes in your life around wealth or financial loss, status and power, hidden riches or intense experiences as the pendulum of fate swings wildly.

Here are the dates and degrees of Jupiter & Pluto’s encounter:

We can view this week’s major clash of these two planets in light of what’s happening in the world and specifically here in the UK. One interpretation of this week’s landmark triggering of Article 50 as Brexit starts to take shape is ‘foreigners (Jupiter) out (Pluto)’. There are likely to be huge financial implications too, in line with a core Jupiter-Pluto theme.

Plus, taken to its extreme this combination can be ruthless, success at any cost, symbolising fanaticism, dogma and ideology. Jupiter and Pluto’s explosive power is unleashed in the form of radical beliefs and only last week there was a terrorist attack outside the Houses of Parliament. Pluto in Capricorn is continuing to break down established structures, the government, the world as we know it.

This is obvious symbolism but on a personal level, what does this mean for you? Another way of considering the symbolism of Jupiter and Pluto is looking at your life from the perspective of fate or chance.

When you lose faith or stumble, sometimes it’s at the darkest hour when you find the will or strength to move on. Many of us already understand that sometimes you have to break down before you can break through.

An amazing woman who knows all about this intensity of experience is Patti Smith (b. December 30 1946), musician, singer, poet and one of my personal female role models. I have a quote close to my desk by Patti that reads:

Life is an adventure of our own design

and a series of lucky and unlucky accidents

Patti’s personal encounter with the dark side of life took place late in 1994 when her husband, Fred ‘Sonic’ Smith passed away after an illness, followed by the unexpected death of her brother a while later. Pluto is Scorpio’s ruling planet and the day before her husband died there was a Solar Eclipse in Scorpio square Patti’s Pluto in Leo.

In fact, at that time there was a host of planetary activity triggering her Jupiter-Pluto square. Mars was in Leo and four planets were in Scorpio, the Sun, Venus, Jupiter and Pluto. Jupiter and Pluto were heading for an exact conjunction in late degrees Scorpio early in December of the same year.

Patti is the phoenix who’s risen from the ashes and her extraordinary life continues to inspire others. It was via Patti’s documentaries and writings that I discovered another quote, which also has pride of place close to my workspace. After the death of her husband, Patti’s friend, the poet, Allen Ginsberg told her:

Let go of the spirit of the departed

and continue your life’s celebration

This is clear Jupiter-Pluto speak. Pluto representing what’s lost to you and Jupiter symbolising all that’s joyful in life. Out of the dark moments springs new life, out of tragedy comes hope and optimism. The Wheel of Fortune continues to turn and it’s your birthright to live each day to the best of your abilities. 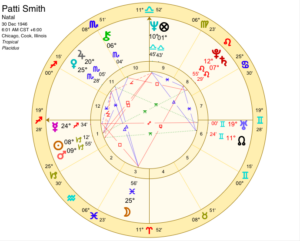