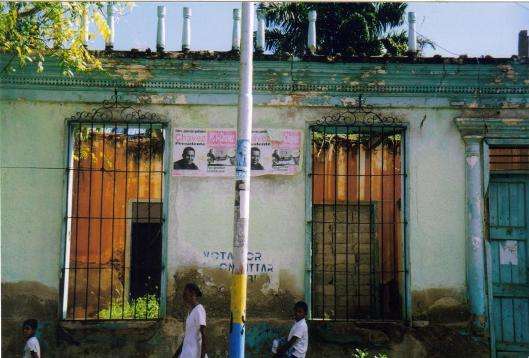 Posters of Chavez in Venezuela

When I travelled to Venezuela in December 1998, the country was gripped by Chavez fever. He was to be the new president of the country and there were posters of his name and face everywhere. Two days ago, Hugo Chavez died at the age of 58 after battling cancer. It’s a sad time for Venezuela, a place I knew little about before I set foot there almost 15 years ago, and the news of Chavez this week has left me feeling nostalgic for this lesser-known South American country.

When destiny steps in

My trip to Venezuela was obviously meant to be as it wasn’t my intended destination in 1998 but not only did I meet my current partner there, our daughter is named after the town we met in. There are times in life when destiny steps in and points you in a direction that somehow feels right and when you look back on those moments, you realise how important they were in your journey. This has been my experience with Venezuela, it’s a country I have a deep affection for, and has lead to some key turning points in my own life. This is my story.

In 1998, my friend Isabel and I drew up a plan to samba our way through Christmas and in to New Year with a month’s tour of Brazil. After a long discussion with the travel agent, we realised Brazil was beyond our budget but we were in luck as our travel agent had travelled to Venezuela the year before and she couldn’t speak more highly of the country. Not as well-known as it’s South American counterparts, Brazil, Peru and Argentina, Venezuela ticked all the right boxes and here’s why.

Venezuela has a vibrant capital, Caracas, although it’s not a city for the faint-hearted. Fortunately we had a tour guide, a friend who worked in the oil industry and came to the capital to show us around for a few days. We were advised not to wear jewellery when we were outside our hotel, one memorable taxi ride had a door that was held on by a thin bit of metal tied from one side to the other across the back seats and a gaping hole in the floor, and two white girls driving a hire car out of Caracas to explore the country was a definite no-no. We ignored the last bit of advice and managed to get lost before we’d left the city. My map-reading skills have never been more greatly needed and it was with some relief that I navigated us back on to the main route out of the town. If it hadn’t gone so well, I wouldn’t be here now writing this blog.

Venezuela is a county of rare beauty and natural wonders. It boasts the world’s highest waterfall, Angel Falls, the highest and longest (12.5 km) cable car ride in the world and the largest concrete bridge in the world over Lake Maracaibo. There’s a vast grassland plain called Los Llanos where you can fish for piranhas, discover one of the world’s largest snakes, the anaconda, go horse-riding and live way out in the wild. (Throw in a night-time security guard who was permanently drunk and you have a real adventure on your hands). You can also visit the lost world of  huge slab-like mountains called tepuis meaning ‘house of the Gods’, that inspired the team behind the movie Up, and their fictional Paradise Falls.

In our hire car, Iz and I meandered along Venezuela’s Caribbean coastline which was virtually unexplored, full of breath-takingly beautiful beaches, eccentric characters and a slower pace of life. One lovely character was a policeman from a sleepy hamlet who had learned English by listening to the world radio and read countless classic English Lit novels (see pic below). He was delighted to encounter two intrepid tourists from his favourite country.

Merida in the Andes

Then of course, there’s Merida, a town high up in the Andes where you can ride mules, trek through the mountains and visit tiny villages with lots of cute and dirty kids, one of whom was bizarrely called Kevin (Kevin’s the one in red in the pics below). A New Year’s Eve party in the middle of Merida is where Dave and I met, thousands of miles from home and yet, as it turned out, we only lived 5 minutes drive away from each other back in London.

Fast forward two years and out for lunch in London Dave and I were discussing baby names for our unborn child. We were laughing about how the Beckhams had named their first child Brooklyn, as reportedly it was the place he was conceived. We were joking about what our child could be called when one of us mentioned the town of Merida where we met. It seemed the perfect name for a girl and so our daughter became Merida, a name that’s more widely known these days as the main character in another popular children’s movie Brave.

Yet another connection to Venezuela popped into my life unexpectedly two years ago when I was standing at the bus-stop waiting to pick up my daughter from school. A foreign woman was often there waiting for her own children and we’d smile and say hello but nothing more as she spoke very little english. One day she came over to me and via her daughter asked whether she was hearing right that I was calling my daughter Merida. I told her ‘yes’ and it turned out she was from the very same hill town called Merida high in the Andes and a new and unusual friendship began. I say unusual because living in suburban Surrey, you don’t often meet many foreigners, let alone someone from a small town in the Andes.

Venezuela keeps calling me back and this week’s news is another reminder. I know that Chavez wasn’t a hugely popular leader with everyone. A friend we met in Caracas was from the middle classes and two years after Chavez was elected, she left the country to go and live and work in Australia.

He was, however, a hero to many people and he has left a great legacy although not all positive. You only need to search for his name right now to read articles that tell you how dangerous Caracas has become as a city with one of the highest murder rates in the world. You will also see photos of his coffin being brought to lie in state in Caracas surrounded by thousands of people many dressed in red, the colour that represents Chavez’ socialist and revolutionary policies. There are to be seven days mourning before his state funeral.

Astrologically, Chavez was a Sun Leo, Moon Cancer individual which sums him up entirely with both the Sun and Moon strong in their signs of rulership. The Sun in Leo is the charismatic leader, a colourful character who loved being centre stage. The Moon in Cancer shows a man who cared deeply about his country and his people. Chavez mocked George Bush in public, had his own weekly TV show, “Alo Presidente” and one of his best mates was the Cuban leader, Fidel Castro. He was a controversial character in life as in death, but he won’t be forgotten because the people of Venezuela loved him and his memory will live on.

One day Iz and I will return to Venezuela on a road trip to drive past the tepuis and wear our adventurers’ hats once again. This time we’ll have a third passenger as we’ll be taking Merida to see the country that inspired her name. 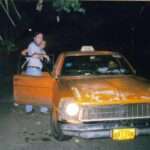 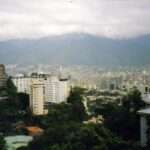 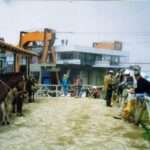 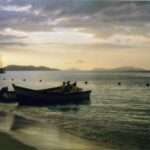 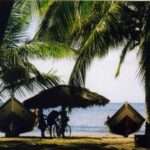 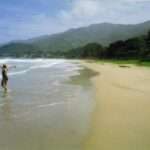 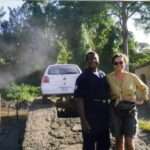 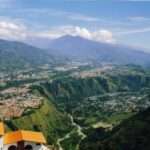 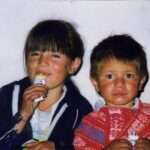 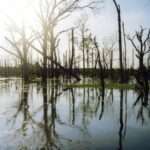 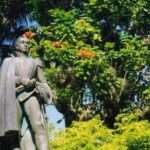 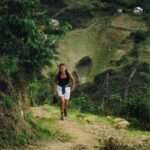 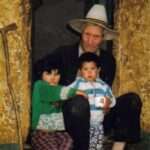 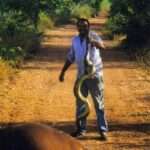 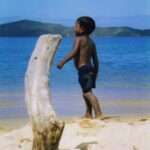