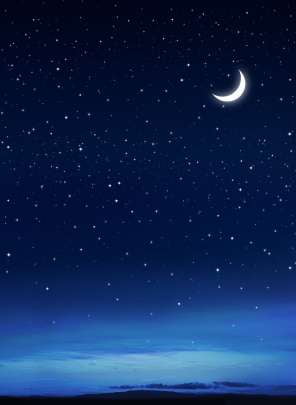 The month of March is just around the corner and what a wonderful way to start the month with a New Moon, the symbol of new beginnings. The New Moon is exact on Saturday 1st March 2014 at 08:00 GMT and it falls at 10 Pisces.

What’s even more glorious about this New Moon is that on the same day the planet of good fortune, Jupiter, makes a trine aspect to the Sun. This feels hopeful and it’s a powerfully positive planetary event to begin a new month.

The Sun and Jupiter together bring celebration, an outpouring of emotion, big-hearted generosity, abundance and a desire to see the world or save the world. It’s an invitation to play big in life and in honour of the Sun trine Jupiter I couldn’t think of a better quotation than the one by Marianne Williamson which I’ve reprinted below, ‘Our Deepest Fear’.

Add to this the fact that a tricky Mercury retrograde period comes to an end the day before on Friday 28th February 2014 and things are starting to look peachy. As always with astrology and life, there are wins and losses, good times and not-so-good times but I felt we could all do with a little boost in life, so I’m focusing entirely on the good stuff in this blog post.

It’s also been something of a Moon week chez moi and yesterday morning up early I was greeted by a beautiful Moon-Venus conjunction in the sky. Then I happened across the website of a Swedish astro-photographer who takes the most beautiful photos of the planets and the sky. You can check out his website and immerse yourself in his stunning photography here: http://www.astrofotografen.se/

So on a Moon theme, I decided to have a little surf of the internet to bring you some of the myths around the New Moon and with a nod towards Rose Royce and their classic hit single, Wishing on a Star, here are a few of them:

– Most cultures have recognised images in the Moon and have their own folktales to tell. A charming Chinese legend speaks of the man in the Moon who secures the destiny of lovers by uniting them with an invisible, silken cord, which he ties around their waist. At the time they are destined to meet and fall in love, he draws the cords together.

– The Moon brings love. In Chinese folklore, Yue-Laou is an old man in the moon who unites predestined couples together. Men or women who hoped to receive a dream about their true love would recite the following verse under a New moon: “New moon, new moon, I hail thee! By all the virtue in thy body, grant this night that I may see he who my true love is to be.” The Moon has also traditionally been appealed to in order to bring fertility.

– Here’s another verse used by lovers. Glance over your right shoulder, take three steps backward and then say the following verse:

If I have a lover let me dream of him tonight.

If I am to marry far, let me hear a bird cry;

If I am to marry near, let me hear a cow low;

If I am to marry never, let me hear a hammer knock.”

– Anyone seeking good fortune should bow to the New Moon and turn over any silver coins in his/her pocket or palm of their hand. The silver colour of the Moon is rumoured to have a direct affinity with the silver from which the coins were made. So if a person holds up a coin to a New Moon and wishes for money, over the days ahead as the moon “increases” in size, so too will their bank balance!

– It’s thought to be unlucky if you’re without money when you first catch sight of the crescent moon in the sky and it is supposedly an ill omen to see the new moon for the first time through a window. Never point at the moon either as this will bring hard times.

– A halo around the Moon is an ancient sign of rain and the Moon on its back (when its horns point upwards) is said to hold water and presages a dry spell.

– Sometimes, when a new Moon occurs on a clear night, a faint, golden outline of the full Moon can be seen as a continuation of the bright crescent. Traditional folklore refers to this as the ‘Old Moon in the New Moon’s arms’, a phenomenom created by earthshine, the reflection of light from the Earth back onto the surface of the Moon. Old customs take this to be the sign of a storm or misfortune; as one old ballad goes:
Late, Late yester’ ev’n I saw the new Moon
wi’ the old Moon in her arm
and I fear, I fear, my dear master
that we shall come to harm.

Here’s to life bringing you a miracle or two as February closes and March begins.

“Our deepest fear is not that we are inadequate. Our deepest fear is that we are powerful beyond measure. It is our light, not our darkness that most frightens us. We ask ourselves, Who am I to be brilliant, gorgeous, talented, fabulous? Actually, who are you not to be? You are a child of God. Your playing small does not serve the world. There is nothing enlightened about shrinking so that other people won’t feel insecure around you. We are all meant to shine, as children do. We were born to make manifest the glory of God that is within us. It’s not just in some of us; it’s in everyone. And as we let our own light shine, we unconsciously give other people permission to do the same. As we are liberated from our own fear, our presence automatically liberates others.”

Marianne Williamson, from “A Return to Love: Reflections on the Principles of a Course in Miracles”

[Thanks also to Deborah Houlding at www.skyscript.co.uk and Carol Somerville for her article Superstitions and the Moon for the myth information]