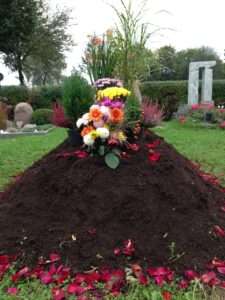 And yet one of Pluto’s symbols is death as in mythology Pluto was Hades, God of the Underworld, and later today Monday 22nd September 2014 Pluto turns direct after a long, slow 5 months of retrograde motion.

When the slower-moving planets change direction, you often feel the intensity of the planet and today on Facebook I read two articles one after the other which touched me deeply and they were both about death.

The first was an article in the Huffington Post, And So There Must Come An End, written by a woman called Charley which was published after her death and in it she said goodbye as she knew she wasn’t going to survive very much longer at all. She died of bowel cancer at the age of 36 leaving behind a husband and two young children and no doubt many more people, close and distant, whose lives she touched.

The second was a poem “Japanese Maple” written by the author and broadcaster, Clive James (b. October 7 1939) who is terminally ill. The poem is printed below in full and again it moved me. I found it hauntingly beautiful.

The irony of death is that when it’s imminent or affects each one of us through the loss of someone close or someone we read about or hear about, it reminds us how precious life is. There’s a richness, a sweetness about life that you feel intensely because of the presence or threat of death.

So in astrology Pluto represents loss and transformation but is also a symbol of ‘hidden riches’. The depths of the earth reveal treasures, jewels, diamonds, even oil; all highly treasured and sometimes incredibly valuable, even priceless. On an inner personal level, through sorrow and suffering and loss and struggle and all those other ‘difficult’ phases, we often feel most fully and experience profound shifts and transformation that isn’t just about the dark but also enlightening, insightful and sometimes even sweet.

I have experienced the deaths of three of my immediate family in my life; my father, my mother and my brother and I know the depths of grief and how painful losing someone close can be. And yet, they were also times in my life when I experienced love intensely and laughed deeply and hugged tightly and felt profoundly blessed as I remembered alongside others those three dear people whose lives had touched and transformed ours.

Today having read both these articles I remember my family members again with love and fondness: the hidden riches of death.

Pluto’s change of direction may be intense for you; there may be insights or hidden nuggets of gold that have been shaped and perfected over the last five months that you can now bring forth from the dark and use them to guide you and illuminate the path ahead. I hope so.

Your death, near now, is of an easy sort.
So slow a fading out brings no real pain.
Breath growing short
Is just uncomfortable. You feel the drain
Of energy, but thought and sight remain:

Enhanced, in fact. When did you ever see
So much sweet beauty as when fine rain falls
On that small tree
And saturates your brick back garden walls,
So many Amber Rooms and mirror halls?

Ever more lavish as the dusk descends
This glistening illuminates the air.
It never ends.
Whenever the rain comes it will be there,
Beyond my time, but now I take my share.

My daughter’s choice, the maple tree is new.
Come autumn and its leaves will turn to flame.
What I must do
Is live to see that. That will end the game
For me, though life continues all the same:

Filling the double doors to bathe my eyes,
A final flood of colors will live on
As my mind dies,
Burned by my vision of a world that shone
So brightly at the last, and then was gone.