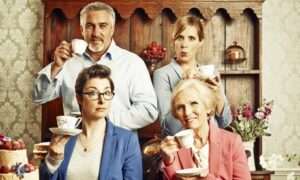 The Great British Bake Off presenters and judges

The Great British Bake Off is a BBC programme about baking, bread and buns which slid on to our TV screens via BBC2 four years ago.

Reviving the fortunes of Mel & Sue, a comedy double act, and introducing two new TV bakers in the shape of Mary Berry and Paul Hollywood, both lesser-known figures on the celebrity chef scene, #GBBO has turned into a storming success.

We are currently 3 episodes into Series 5 which is being shown on Wednesdays instead of Tuesdays and has been upgraded to BBC1.

Intrigued by the chemistry and winning appeal of the two presenters and two judges in the show, I decided to check out their star signs to see what this could reveal.

It’s not surprising to find that Mel Giedroyc (b. June 15 1968) Gemini and Sue Perkins (b. September 22 1969) Virgo were both born with the Sun in signs of the zodiac ruled by the planet of communication, Mercury. Their banter, witty repartee and saucy innuendos show Mercury at its best, gifting them the ability to think quickly, joke with the contestants and promote the light-hearted flavour of the show in their role as presenters.

Their engagement with the TV audience is never dull with their use of accents, silly voices and foreign languages. I expect they’re a combination that you either love or hate and I find them hilarious.

Mary Berry (b. March 24 1935) is of course an Aries, the first sign of the zodiac and with her crisp manner and disapproving looks when a contestant – heaven forbid – doesn’t make his own fondant, she’s the sergeant major of the judging team whipping the contestants into shape. A snappy dresser with a youthful spirit, it’s hard to believe she’s only one year away from her 80th birthday.

Paul Hollywood (b. 1966) is something of an enigma as his date of birth isn’t public knowledge and all it states on Wikipedia is the year of his birth. What we do know about him is that he’s viewed by the media and many keen lady bakers around the country as a sex symbol and he does have extremely sultry eyes, which could suggest he’s one of the water signs, Cancer, Scorpio or Pisces. Cancerians love food so there’s the cooking connection but my guess is that he’s a private Scorpio, which would fit with the secrecy around his birthday and he likes to at least try and be a tad intense and mean.

Plus with a little star sign compatibility detective work, it turns out his wife, Alexandra Hollywood (b. May 11 1964) is a Sun Taurus. She kicked Paul out of the family home when he allegedly had an affair with Marcela Valladolid (b. July 19 1978), a Sun Cancer and Paul’s co-host on the American Baking Competition in 2013. Both Taurus-Scorpio and Cancer-Scorpio are classic compatible star sign combinations.

Paul and Alexandra reunited in January 2014 and as Alexandra is currently tweeting under the name @Hollywood_wife, it seems as if the marriage is definitely back on.

If Paul is a Scorpio, this would also make for a full quota of elements: Gemini (air); Virgo (earth); Aries (fire) & Scorpio (water) and another reason why there’s such a lovely balance between the four leading celebrities on the Bake Off team. [Paul, if you’re reading this, do feel free to drop me an email and let me know 😉]

Below is the chart of the first-ever programme of #GBBO which was broadcast on August 17th 2010. Both the Sun and Moon are in playful fire signs; the Sun in Leo, the sign of entertainment, and the Moon in Sagittarius, the sign of the joker. The Moon dominates the chart on the Midheaven predicting the show’s success (the Moon rules the public in timed charts) and the huge popularity of this mid-week family programme based around baking (the Moon is associated with the home & food).

Plus Mercury is strong in its sign of rulership, Virgo in the 7th house of relationships and perhaps symbolizes the witticisms of ‘mercurial’ Mel & Sue whereas the Sun in Leo, also in the 7th house, represents the popular and ever-likeable Mary & Paul. Notice too the Venus/Mars conjunction in Libra as this is a show which is equally represented by male and female contestants, with two men and two women having so far shared the accolade of Bake Off’s ‘best amateur baker’.

Personally I can’t wait for the next few weeks of ever more complex signature and technical challenges, the awe-inspiring showstoppers and no doubt quite a few ‘soggy bottoms’ and ‘beautifully moist’ cakes. 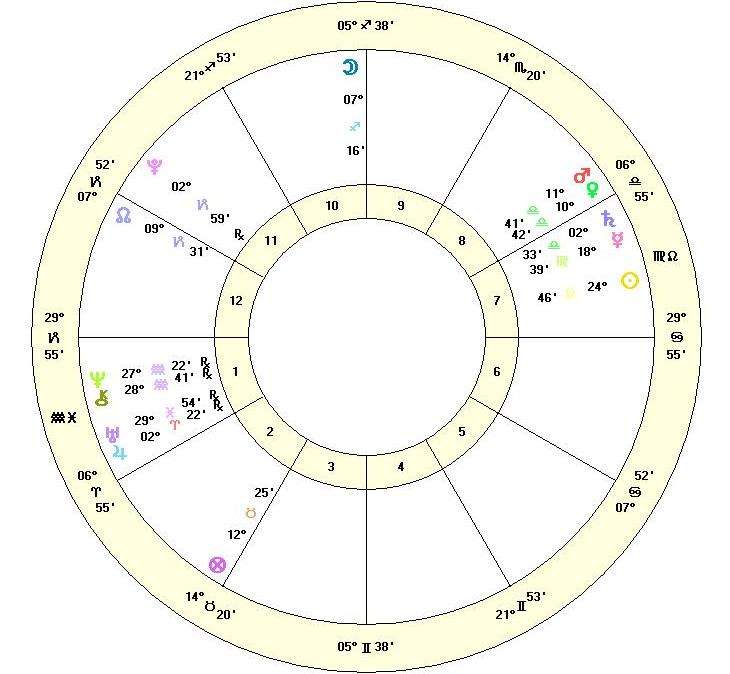 [photo above courtesy of theguardian.com]