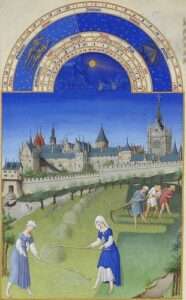 June keeps you on your toes, Gemini, but there’s a lot going your way as long as you can remain flexible and you’re willing to go the extra mile. For many of you, this is your birthday month and it’s a lovely time to celebrate and do something special. An indulgent spa break or a few days in the countryside enjoying the delights of nature would fit the bill perfectly.

The key feature of the month ahead is the fact that Mercury, your ruling planet, turns retrograde on June 7th and remains on go slow until July 1st. This is your cue to back up your computer, double check important documents and ensure that you’re on top of paperwork.

Mercury turns retrograde in the early degrees of the sign of Cancer ruling your personal finances on the 7th. You either find you’re waiting on information or money that was promised takes ages to arrive. It’s worth double-checking that a payment’s gone through on or around this date, especially if it could cost you if there’s been a mistake. Jupiter, the planet of good fortune and plenty, remains in Cancer until mid-July so there’s not necessarily any problem with regard to cash, it just means you have to be patient or extra vigilant.

Mercury moves back into your sign of Gemini on the 17th where it remains throughout the rest of the month. This is an indication that you’re wise to go back to an old idea or to try something again that failed first time around. Second chances are well-starred and rather than begin something new, you’re better off picking up an old idea or plan and reworking it. When Mercury’s in your own sign, the focus is on you, your voice and your words. However, with Mercury on go slow, check carefully who’s getting your message and who’s not.

The 19th is the best day of the month to plan a meeting whilst Mercury’s retrograde as the Sun and Mercury combine in the heavens. Do remember that new information often comes to light once Mercury turns direct and nothing is set in stone whilst Mercury’s up to it’s tricks.

There’s a strong indication that someone from your past will reappear whilst Mercury’s back in your sign and it’s a great time to chase up your old contacts.

When it comes to work and career, you may find that you’re having a rethink about what you want to do and what’s important to you. This is partly because of Mercury retrograde but there two other key planets which are turning retrograde in Pisces and your career sector in the month of June. The first is Neptune on the 9th and the second is Chiron on the 20th. These are both sensitive planets which suggest that you’ll only be content now with a vocation that’s fulfilling.

Both Neptune and Chiron have associations with healing and service to others and an everyday job that you do to bring in the money may not hit the right notes throughout June. It’s as if you’re searching for something more, something worthwhile. If you already work in the charity sector, you’ve discovered your vocation or you’re a Gemini with a mission, you’re on track. For some however June brings a crisis of confidence or a crisis of conscience that takes you a while to fully understand until you feel settled.

Be kind to yourself now and see this month as a time of exploration and enjoy some soul-searching rather than believe you have to have all the answers. This fits with Mercury retrograde. It’s harder to come to a clear decision if things feel in a muddle so bide your time and be patient.

You may also make some key decisions about love this month. Venus, the love planet, is hidden away in Taurus the sign before yours until the 23rd. Taking things slowly in love is advised with Venus in Taurus and it can indicate an affair or hidden passion. The Full Moon on the 13th indicates a turn-around weekend when you or someone else decides that a relationship can’t continue in it’s current form.

Full Moons are notoriously emotional but this one coincides with two planetary aspects that slam on the brakes with regard to a love or sex situation. Relationships too will feel muddled in the month of June as if you don’t quite know where your heart lies or how someone feels towards you.

If you’re in any kind of triangle situation, you need to take a step back and wait and see what happens next month. It’s hard to see things clearly and to know what other people want or need when your ruler Mercury’s on go slow. July 1st is the turning point although once Venus is in your sign of Gemini from the 23rd, the tide turns in your favour.