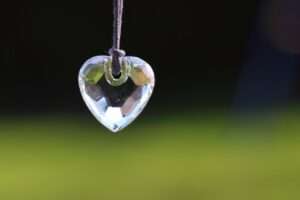 Yes, it’s one of the three months of the year where timing is the key to your success and Mercury retrograde until the 11th is your cue to be extra patient and double check all your communication whilst Mercury’s on go slow.

This is an interesting Mercury retrograde phase for you as it takes place in a fellow air sign, Aquarius, and Mercury which is normally so quick around the zodiac spends all month in the one sign. This indicates that a lot of the action is going on in your head; trying to decide your best course of action, going over your options time and time again, coming up with genius ideas only to discard them at a later date.

It can be potentially a frustrating experience at least until Mercury picks up speed, the planetary equivalent of a green light but that’s not to say you shouldn’t use Mercury’s reverse motion to explore, consider your beliefs and join in debates. Aquarius rules travel, study, philosophy and spirituality in your chart and it’s the sign that’s most closely connected to humanitarian and social issues and as it’s about belief, this links in to politics, religion and/or spirituality.

If you’re booking a holiday or signing up for a course, tradition states it’s wise to wait until Mercury turns direct before doing so. That’s not to say things won’t work out for you but Mercury retrograde can be about hidden information, not reading the small print or plans changing once Mercury’s back up to speed.

After the 11th it’s all systems go plus there’s a second New Moon in Aquarius on February 18th and New Moons are brilliant for new beginnings, starting afresh, launching a project. The first New Moon in Aquarius took place on January 20th, the day before Mercury turned retrograde and at almost the same degree of the zodiac where Mercury turns direct. This gives a double theme of second chances so if something didn’t work out for you first time around, don’t give up but try and try again.

Mercury only connects with one other planet this month and it’s Saturn, one of the planets which rules Aquarius. As often happens during a Mercury retrograde phase, there are three parts to this planetary connection. Mercury was in a sextile (helpful) aspect to Saturn on January 5th, then it connects again on February 5th and the final and third connection is on February 19th and this is the most important one.

Mercury and Saturn coming together is the equivalent of a positive agreement, plans falling into place, signing on the dotted line. Saturn is in your opposite sign of Sagittarius so this may include a second party, someone whose decision you’re waiting to hear. This part of your chart rules contracts so anything you sign and seal on February 11th, 18th or 19th gets a big thumbs up. If you need to retake a test or exam do it on or around the dates mentioned and you give yourself the best chance possible.

There’s a strong emphasis on the sign of Pisces this month and Pisces rules your work and career, your vocation, your status and reputation and where you’re heading in life. The relationship planets, Venus and Mars, are both in Pisces up until the 20th. There’s a flow about this combination and getting the right people on your side is the key to your success.

It’s potentially a richly fertile period for you when you’re full of creative ideas but at times, especially in the first half of the month, you may feel as if you’re going round in circles or wonder how on earth you’re going to turn a dream into reality. Mercury’s change of direction will help plus the Sun’s move into Pisces and your career sector on the 18th.

The key period for you with regard to work comes from the 23rd to the 26th when the Sun clashes with the Saturn-Neptune square. This is potentially a disorienting planetary combination and it’s important to ask yourself some key questions, such as ‘what do I fear?’ and ‘what or who is holding me back in achieving my dreams?’

It’s important to recognise what your blocks or limitations are about and whether they’re real or imagined. There is a possibility that they will repeat until you work out the magic formula. If this concerns a partner, an opponent or a boss who won’t budge, perhaps you have to rethink how you’re going to get to where you want to be. A detour or a circuitous route are both possible.

Finally this month the lovers of the heavens, Venus and Mars, enter the passionate fire sign of Aries on February 20th and two days later on February 22nd they make a powerful conjunction in the heavens. Forget Valentines Day this month. Instead gird your loins and prepare yourself for the following weekend as this is potentially red hot action.

Aries rules the sector of your chart that’s connected to friends, groups and networking. If you’re looking for love, ask a friend for an introduction, go speed dating, or let a good friend know what you really feel about them. It’s a sexy end to the month and if you act fast you can definitely enliven your love life and move rapidly on to the next stage in your relationship.