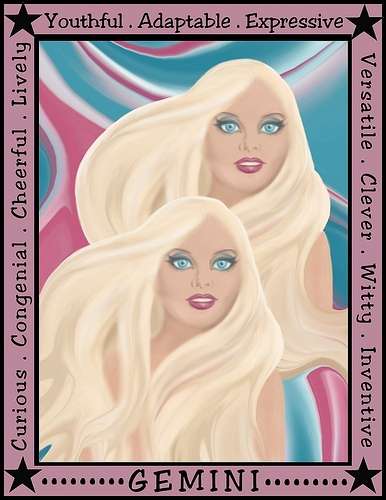 There’s a lot going right as August gets underway thanks to Mercury, your ruling planet, finally leaving its Shadow phase on the 4th. This means that Mercury is at the same place in the heavens as it was when it turned retrograde on June 26th. This is the equivalent of a planetary green light and any news or information that’s been on hold or delayed can now get the go-ahead.

With Mercury in Cancer and your money sector, it’s worth chasing up any monies owed or anything else that’s not been going your way which is cash-related. The delays are over and it’s time to un-stick what was stuck.

Mercury is moving swiftly this month and jumps between three different signs all of which tie in with what’s going on in the heavens. Mercury in Cancer until the 8th puts the spotlight on cash, money, personal possessions and what you value in life.

Jupiter is the good luck planet representing freedom and expansion and what’s interesting about Jupiter’s move into Cancer this year is that it coincided with Mercury turning retrograde, i.e. both events took place on June 26th. So even though you’ve had Jupiter, planet of potential wealth and prosperity in your money sector for a short while, Jupiter’s smooth progress will have been hindered by Mercury’s pesky retrograde period.

Put Mars and Jupiter together in a sign and there’s a lot of dynamic energy, urging you to think and be positive, whether you’re sorting out your finances or you want to earn more. Some of you may be making big purchases this month and investing what you have. However, this month Jupiter is caught up with the Uranus-Pluto square. These two Titans of the heavens represent radical change, getting rid of what’s old and outdated and embracing what’s new. On the 7th Jupiter opposes Pluto and on the 21st Jupiter squares Uranus.

This makes me think that some of you are going to be involved in a fight over money and it can’t be ruled out that with Jupiter being your partner planet it may involve an ex, e.g. expensive divorce proceedings. Or you may be up against one of the big financial institutions as you feel that you’ve been mistreated and they’ve behaved badly. The good news with all of this for you is that Jupiter is strong in Cancer. This is the protective planet in the nurturing sign and Jupiter’s more powerful than Pluto or Uranus when it clashes with them. If you’re doing what’s right, legally and ethically, then you could certainly end up in the money this month when you back what you believe in and do what you feel is just and fair.

Jupiter’s about sowing seeds as well and any ideas that germinate at this time should be followed up. If you want to earn more, then take risks, play big and widen your horizons. Jupiter’s associated with foreign connections and learning. Spread your net wide and aim to free yourself from financial ties and try new and different ways to attract abundance, wealth and prosperity into your life.

On the 16th Venus moves into your fellow air sign of Libra and Venus not only rules love but money as well. This is a good time to meet someone new and perhaps someone wealthy. I remember sitting on a train behind two women and one turned to the other and said “I married the first time for love; next time I’m marrying for money” and both of them burst out laughing. With Jupiter, your partner planet, in Cancer and your money sector anything’s possible.

The most telling time this month for Venus is the 24th-27th when she makes a Grand Cross involving the major players in cardinal signs, Jupiter, Uranus and Pluto. So again, there’s a theme of needing to act radical, to fight for what’s rightfully yours and to ensure that in love you don’t end up with someone who has questionable values when it comes to money. This month’s stars are about improving your own financial situation and getting rid of or cutting ties from people or institutions trying to fleece you.

In the same vein, keep your wits about you on the 25th and the 27th when Neptune in your career sector opposes planets in Virgo, including your ruling planet Mercury. Neptune rules illusion but with Mercury in Virgo, use your common sense and have your trust antennae finely tuned to ensure that what you see is real and that someone, perhaps work-related, isn’t promising more than they can offer.

This month use your gift of the gab as Mercury is in Leo and your communication sector from the 8th-23rd where it joins the Sun. Be honest and open and demand the same in return. The New Moon on the 6th also falls in the sign of Leo, a great day for new beginnings with regard to communication, whether you send an important text, email or correspondence, launch your website or do anything else that uses your voice and ensures your message is heard.

It’s going to be a busy month and you may be rushing all over the place, lining up meetings and meeting new people. Plus a second chance to travel or go on holiday or take a course that comes your way on or around the 21st should be grasped with both hands.