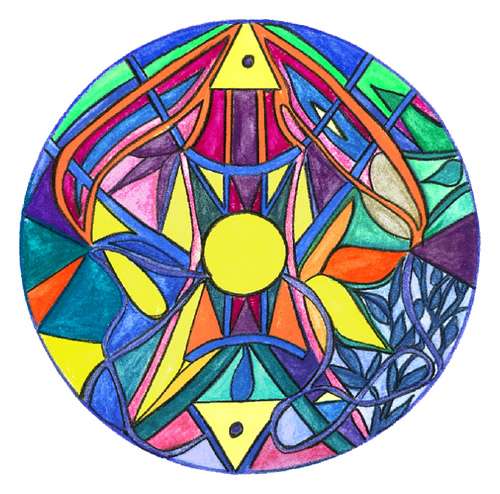 April’s going to be quite a month and you’re in the midst of the action. There’s a Cardinal Grand Cross in the heavens which is exact over the Easter weekend but is also triggered early in the month and the week after Easter. Plus most importantly for you, your planet Mercury is in the mix from the 14th-16th so highlight these few days in your diary.

A Grand Cross has four planets squaring up to one another so different people with different agendas or one area of life blocking another area of life. The cardinal signs are Aries, Cancer, Libra and Capricorn, the leaders of the zodiac. This is a conflict aspect pattern and sometimes it feels as if the only way out of a tricky situation is to bash your way through or to confront others. This is a volatile energy, however, and arguments could quickly get out of hand.

Your ruler Mercury is the planet of communication and as he’s in Aries, the first sign of the zodiac, from the 7th-23rd, this heats things up. Mercury in Aries is the straight talker and wants to get directly from A to B. There are no short cuts, no diversions and little waffle. If you feel strongly about something, you’re going to speak up. It’s good for sales and persuasive talk but feels flammable and highly volatile.

You may know early on in April how this concerns your own life but the likely areas are money, friends and groups, children, your creativity or romance. At times this month you may feel inspired to fight other peoples’ battles and back a friend or a group in which you’re involved. As is suggested this isn’t an easy energy, however, so choose your battles wisely and defend rather than attack.

The key period for you is the 14th-16th not only because this is when Mercury is caught up in the Grand Cross pattern but there’s a Full Moon or Lunar Eclipse on the 15th. This cuts across the Aries/Libra axis of your chart and is a repeat of an eclipse that took place on October 18th 2013. Look back to this date to see whether it gives you any clues to what might be taking place again now. Can it help you and can you do things differently second time around?

The key player in all of this is Mars, the planet of action and energy, currently weakened because it’s retrograde or on go slow and in a sign that it’s not comfortable in, the sign of Libra. Mars can’t channel it’s forceful energy well in this placing so notice whether you’re getting frustrated about a certain area of life and if so what you can do about it.

If you’ve recently met someone new or you’re in a relatively young relationship, you may find that it’s in your love life that for whatever reason you can’t get what you want. If your other half has taken a step back, leave them to it for now and try again late May.

This may involve your relationship with a child and feeling frustrated with them especially if they’re lacking motivation or studying hard but not enjoying it. Do your best to be there for them and be supportive without allowing your irritation to show. Unless you feel that it’s time for some tough love. Be aware however that any decisive action this month has consequences and you’re likely to experience a strong reaction in response. If you feel you’d be better off being patient for now then next month’s stars are much less volatile.

The best money advice is not to take any major risks and to know that your situation is undergoing change. For some this may mean a big win or money coming in but perhaps it’s an inheritance or a cash payment that either comes with strings attached or triggers a strong emotional reaction. As your partner planet, Jupiter’s involved, this could flag up a situation with your other half and money coming in or going out in a significant manner.

As Pluto’s involved you can’t count out someone who’s caught up in an illegal transaction or deal and it would be best to stay away and distance yourself if this is the case. Easter weekend is when it all blows open. Same goes for legal matters; you expect the law to be on your side but that’s not always the case. Be prepared for anything and fight for what’s rightfully yours.

Finally this month help is at hand with regard to your work and career in the form of an influential person. This could be a friend who’s your calling card to a new job or a powerful woman who’s supportive of you. Work is in fact flowing nicely in April and socialising with work colleagues is not only fun but helps improve work relations. The 3rd may also bring good news about a job or work role.

As the month comes to a close, create some quiet time in your life especially if April turns out to be hectic for you. Listen to your intuition as it’s your inner voice that knows what’s right for you and can help you decide on your next stage in life.