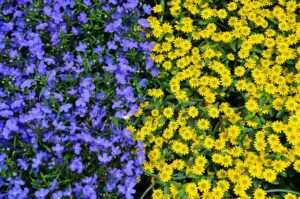 Your ruling planet Mercury takes its time moving through the sign of Virgo where it remains all month. Virgo is the sign down at the base of your chart. It rules your home and family, your past and where you come from and these areas of your life are hugely important right now.

Mercury usually takes around two weeks to move through one sign when it’s up to speed but you know that when it’s moving slowly, it’s up to its tricks. This is because on the 30th, Mercury turns retrograde, i.e. begins to retreat through the zodiac and Mercury remains on go slow until September 22nd.

This is important for you to know because often your pace of life slows down when Mercury switches direction and you can’t make progress as easily as you would like. Also, the astrology is telling you that this month, August, is the time to take action with regard to home and family affairs, a trip down memory lane.

There are two other planets in Virgo this month and they are called the benefics, i.e. the best planets. They are Venus, the planet which rules love and money, and Venus is in Virgo from the 5th-30th. Plus Jupiter is in Virgo and Jupiter is the planet of opportunity and growth.

So these areas of your life, home and family, your connections to the past, are where happiness can be found. It’s a gorgeous month for a family holiday, a wedding, celebration or anniversary. Get together with the ones you love and spend quality time with your nearest and dearest.

The key dates are the 22nd and 27th when Jupiter teams up with Mercury and Venus respectively and also the 29th when Mercury and Venus hug in the heavens. If you’re looking for love, you’re likely to meet someone at a family event or when you reconnect with a childhood sweetheart.

Jupiter’s been in Virgo since August 2015 and next month on September 9th, it moves on. So this is the final hoorah. As well as family events, this is a positive period to move home, renovate or look at ways of using your home to benefit you.

At its best Jupiter represents abundance and prosperity so look at ways of pooling resources to make your money go further, downsize, move to a new location or think about living abroad. Consider all your options, no holds barred. Jupiter doesn’t want to know what’s impossible; instead it’s the opposite, finding a way forward, believing in possibility.

Move fast however because after the 30th, you’re more likely to experience delays or hold-ups with regard to home and family matters.

The other major activity this month takes place in your opposite sign of Sagittarius and this is related to your 1-to-1 relationships both personal and professional. The major planet that’s been residing in this area of your chart for some time is Saturn.

Saturn moved into Sagittarius in December 2014 and it finally moves on in December 2017. This is the commit or quit planet when it comes to your 1-to-1’s. You either create strong partnerships that are lasting and on-going or you move away from a relationship or partnership that’s come to an end.

On the 2nd of this month, action planet Mars joins Saturn in your relationship sector where it remains until September 27th. Mars was in Sagittarius earlier this year, from March 6th to May 27th and on April 17th, Mars turned retrograde.

So there’s a theme of second chances now or perhaps a significant event which took place earlier in the year flares up again. Mars rules anger and passion, it adds fuel to the fire, and this Mars wants results and fast.

Yet Saturn is also powerful in August as it turns direct on the 13th and later on in the month on the 24th Mars and Saturn meet up. This is likely to bring matters to a head with regard to your 1-to-1’s and you’ll recognise where in life you can’t move forward, where you’re stuck, immobilised.

You might find yourself up against tough opposition, fighting a key competitor. There’s a lot of push and shove going on and it will be hard to overcome someone who’s determined to get their own way.

For some, this indicates changes at work or in your place of employment. Working with a person who’s impossible to get on with can be stressful and tiring over time so perhaps it’s here where you need to let things go, start to think what next.

Personal relationships too aren’t going to be easy right now and you need to take care that other people don’t overstep boundaries or try to get all their own needs met in an argumentative or disruptive way. One way or another, this is crunch time for a significant 1-to-1 so recognise where you’re ready to move on and who’s not going to budge.

The Sun shines bright in Leo, a lively fire sign until the 22nd and there’s a gorgeous New Moon in Leo on the 2nd. This shows you where happiness and joy lies and it’s through communication, people, making connections.

Whether you’re busy in your local community or you’re catching up with siblings or neighbours, this is a lovely month to mingle with others, share ideas, talk and lean on other people for support. Friendship too looks lively so turn to your friends for advice, fun and inspiration.

Saturn can represent loneliness or solitude and if you’re not in a significant relationship, you might want and need to be around other people more than usual. Being a Gemini, you need your fair share of noise and chatter so reach out, use social media and get your lively mind working.

New beginnings are on the cards and it’s up to you to decide what’s most important and where you can make best use of your time and energy.