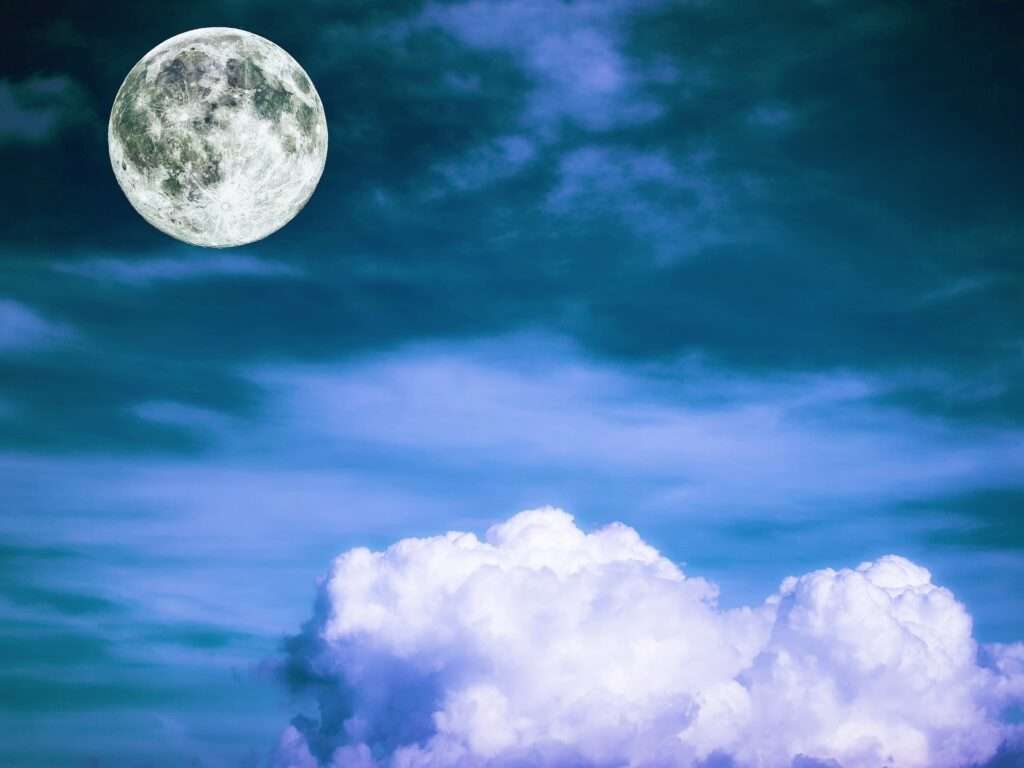 If you get a chance to gaze skyward during tonight’s Full Moon, you’ll see jubilant Jupiter sitting next to the Moon in the night sky. Jupiter is the biggest planet in the heavens and represents opportunity and good fortune as well as celebration, truth and justice.

The Moon & Jupiter together are a protective influence, inclusive rather than exclusive. The Moon rules the home, where comfort can be found and Jupiter, the global planet, envelops and expands what it touches. Both the Moon and Jupiter are in the relationship sign of Libra. This symbolism promises togetherness, an outpouring of kindness and caring.

On its own, the Moon/Jupiter duo would be a lovely foil to the Sun in Aries. The Aries/Libra axis is about self (Aries) v. other (Libra) and this is where we learn about relationships. With Jupiter in the mix, there’s a joyful feeling to love and those all-important 1-to-1’s.

A Full Moon reminds us of life’s polarities by its very nature. The King (Sun) and Queen (Moon) of the heavens look at each other from across the zodiac. You can either be pulled in different directions during the Full Moon phase or find a way to bring opposing factors together so they complement each other. Bear this in mind with regard to your close relationships, both personal and professional.

What’s significant about this Full Moon is that it pulls in the Jupiter-Uranus-Pluto T-square, a dominant feature of this year’s astrology from November 2016 to September 2017. I talked about this extensively in the monthly horoscopes for April. Here’s the link if you want to remind yourself: Monthly Horoscopes.

This means that both the Sun and Moon clash with the slower moving planets reawakening a desire for freedom or an ongoing conflict. When Jupiter, Uranus and Pluto combine, sometimes things have to break down before you can break through.

There’s a sense of letting go with this Full Moon because the Uranus-Pluto square which has dominated much of the current decade is waning, just like the period between the Full Moon to the next New Moon. Uranus will leave the sign of Aries in 2018, moving away from the powerful cardinal square between Uranus and Pluto, a symbol of change and destruction.

If anything, Jupiter is encouraging this process. Where can you break free? Where are you finally ready to let go? Who or what is calling you? This may not be current for you but a situation or transformation that’s taught you a great deal about yourself or other people over the last few months or years.

Either way, embrace the emotional wave of today’s Full Moon, sleep as deeply as possible and resolve to let go of trouble. This is a powerful Full Moon that’s culminating and the decisions or changes you make now could be final.