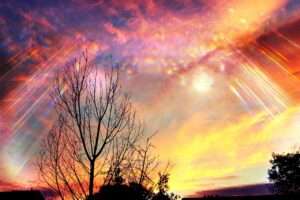 Full Moons are traditionally a time of celebration and today’s Full Moon in the playful sign of Leo feels especially joyful.

A true Leo knows how to party and although not all Leos love to be the centre of attention, today’s Full Moon is the perfect excuse to take centre stage, shine your light bright and show off your creative skills and talents.

The Full Moon takes place at the following dates/times:

This was the first of three spectacular fire sign trines between the dynamic duo Jupiter and Uranus. Here’s a link to last September’s blog post Jupiter trine Uranus: Breaking Free and this is an excerpt from the article:

“Jupiter and Uranus share similarities as they are both planets that favour space and freedom, they’re risk-takers, opportunists, urging you to leap out of bed and get on with life. In mythology, both Jupiter and Uranus were Gods of the Sky so look upward, reach out and expand your horizons. Jupiter rules foreign connections; go global, book your dream holiday or make a decision to emigrate.

Publishing, the media & truth are also Jupiter themes so get your book published, stand up for what you believe in and make a name for yourself. Jupiter was God of Thunder and this is a loud and proud combination especially in the sign of Leo. Bring noise and colour into your life: a fanfare, trumpets blowing, having a ball.

Uranus in Aries is the individual but standing next to Jupiter, there’s an underlying theme that together we’re bigger and better. Align yourself  with people of like minds and be true to who you are. This is the combination that helps you make the breakthrough you’ve been waiting for. Hop into your hot air balloon and cast off the ropes. Where in life are you ready to break free?”

In today’s Full Moon, the Jupiter-Uranus trine is reactivated with Jupiter retrograde at 18 Leo and Uranus at 13 Aries. Both planets are making positive aspects to the Full Moon. Similar themes are playing out now in your life as they were late September 2014.

Today’s Full Moon is a forerunner of the second Jupiter-Uranus trine which takes place in exactly one month’s time on March 3 2015. It’s the second connection between the two Sky Gods and they will meet at 14 Leo/14 Aries.

If you have key planets or angles at 13-15 degrees of any of the three fire signs, Aries, Leo or Sagittarius, you’re being called forth to grab your life by the reins and enjoy life to the full.

The Full Moon in the sky will be resplendent throughout the week and if you have clear skies tonight, look up and you’ll see Jupiter close to the Moon. The heavens are putting on a show for you, a glorious reminder to shine your own light.