This week’s Full Moon cuts across the Gemini/Sagittarius axis of the zodiac, the lower and higher mind. Gemini is the communicator, Sagittarius the seeker & explorer and both signs are linked to learning and knowledge. Gemini rules the chatter of the marketplace and Sagittarius rules foreign connections.

There’s not only the usual opposition between the Sun and Moon during this Full Moon, as it pulls in aspects to Jupiter, Saturn, Uranus, Chiron and Mars. Check out the chart of the Full Moon below with the Moon in Gemini dominating the picture, in charge, at the top.

In just under 12 hours during the Full Moon period, the Moon in Gemini makes five key planetary aspects so whatever you have to say, there’s not only enthusiasm but the ripple effect takes the message far and wide. Jupiter wants the truth, Saturn tells you to ‘get real’, Uranus adds excitement, Chiron’s willing to suffer and Mars is ready to run fast and hard to spread the news.

This is a dynamic planetary pattern and this week’s Full Moon taps into the ‘break through’ astrology that’s building in December, peaks over Christmas and takes us all the way through 2017. See Christmas Astrology.

Gemini might be keen to multi-task, skip through life, gossip, be curious about everything, keep life light but the opposite end of the spectrum the Sun/Saturn conjunction is a reminder that sometimes you need to stop and get serious about what you’re saying and why. Or perhaps your words are denied or you’re scared to speak up?

Yet Saturn is no longer acting alone and as the freedom planets, Jupiter and Uranus, trigger change, there’s a possibility to overcome obstacles, put the past behind you, focus on the future and what lies ahead. This will require a leap of faith, a visionary goal, the courage to take risks and/or the knowledge that whatever you’re about to do could surprise or shock the people around you.

The conversations you have this week, the ideas that arise, the programmes you watch, the books you read, the people you meet are the catalyst, the trigger. This is no longer a time to stay quiet or be in the background.

Play a proactive role in life, speak up, come together with others to use your knowledge and experience to good effect. At its best the current astrology is revolutionary and the Full Moon energy represents the new wave, tearing up the ground, refusing to conform to convention. The Full Moon is a climax before the major planets kick in over the Christmas period. 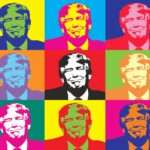 Two weeks ago I was asked by a top newspaper to comment on an article about Geminis especially as they are currently rising to top positions.

Here’s what I said about the sign of Gemini:

Gemini is one of two signs ruled by the planet of communication, Mercury. In mythology, Mercury is linked to the messenger and also the trickster, both Gemini archetypes.

Gemini is an air sign and the element air rules social networks, communication, the transfer of information. Geminis thrive in careers where they can talk and share ideas, so you find lots of them in the media and currently politics.

It’s a mutable sign, which means Geminis thrive on change. They have a lot to say but don’t always back it up with substance or depth. They can quite easily change their mind or say one thing and mean another. So they have a reputation for being fickle, ‘a jack of all trades, master of none’.

It hasn’t escaped my attention that this week’s Full Moon mirrors the Full Moon in Donald Trump’s natal chart although the opposite way around as Trump’s Sun is at 22 Gemini and his Moon at 21 Sagittarius.

A classic Gemini, Trump was born on a fated eclipse with Uranus next to his Sun adding the wild factor. So the planets involved in this week’s Full Moon are also triggering Trump’s personal Full Moon.

Expect fireworks, controversy and some excitable ducking and diving or will Saturn stop his flow? If stories in the media are correct this week, opposition to Trump’s presidency continues to build from different directions. The Full Moon is likely to play a key role here too and it suggests some kind of about-turn.

Many People, One Voice

As a welcome antidote to the Gemini men, Aung San Suu Kyi (b. June 19 1945) is an example of a powerful Gemini woman who’s gone to many lengths to get her voice heard.

The political leader of Burma, now Myanmar, was exposed to diverse views on politics and religion at a young age which shaped her beliefs and convictions. She stands for democracy and human rights. 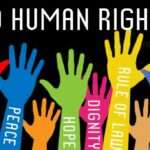 This too is the message of this week’s Full Moon which fittingly takes place a few days after Human Rights Day on December 10th.

Gemini rules communication and Sagittarius is a sign that seeks the truth. As my dear Sagittarius friend, Joanna Watters, said on Facebook this week, ‘lots of people doing/saying one thing adds up to a powerful human voice’.

This week’s Full Moon in Gemini with its diverse set of planetary aspects is a perfect symbol of many voices coming together, potentially as one.

What do you want to say at this Full Moon? What are you opposed to? Will you speak up and be heard? 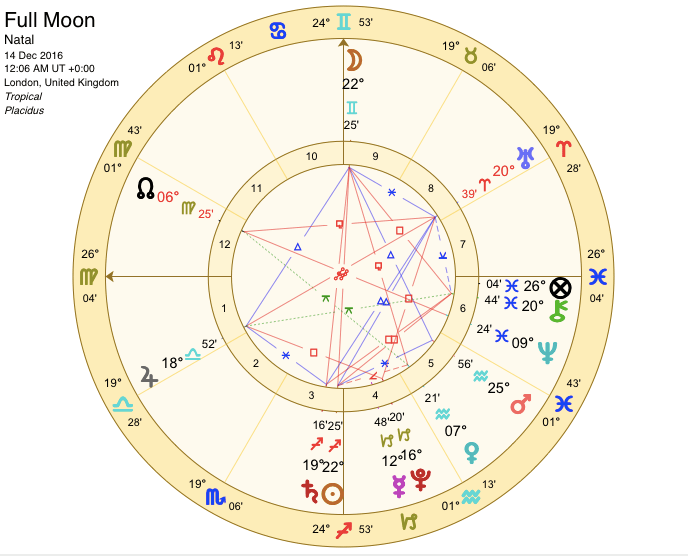