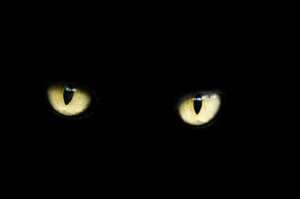 It’s Friday the 13th tomorrow and 2015 is turning out to be quite a year for this day/number combination.

Last month in February, there was a Friday the 13th and this November there is another Friday 13th. Three in total this year.

So how come all the hoo-haa about Friday 13th? Is it really an unlucky day when you need to cancel what you are doing? We know that the 13th floor is often missing in big hotels and no. 13 doesn’t always appear in house numbers, so already there’s an unlucky connotation.

Where does it originate from? If you google Friday the 13th, one of the first stories that appears is linked to the Bible and the Last Supper. There were 13 people around the table, Jesus and his 12 disciplines, one of whom was his betrayer, Judas, therefore no. 13 is said to be an unlucky number.

There’s another reason however and this one links back to ancient times when the calendar was based on the lunar cycle and Moon Goddesses were worshipped. Back then the number 13 represented femininity because it corresponded to the number of lunar cycles in a year (13 x 28 = 364 days). However, as the Solar calendar took over from the Lunar calendar, the number 13 fell out of favour.

In astrology, the Sun and Moon represent polar opposites; day & night; light & dark; masculine & feminine; father & mother. Over time the Moon has come to represent the shadowy night world that is feared by some.

The witchy Lunar world that rules the night is a place that sane & rational types fear to tread and hence is thought of as unlucky. Yet this divide is crazy because the Sun and Moon are not only opposites but they complement each other. They are King & Queen of the heavens and cannot survive without each other.

Men and women, the masculine & feminine belong together not only to keep the human race going but to create a sense of balance and harmony. We all have both energies inherent within us and life is fuller when we appreciate and take advantage of our masculine and feminine natures.

The other fact that’s interesting about the Friday the 13th is that Friday is ruled by Venus, Goddess of Love. In astrology each day of the week is assigned one of the seven traditional planets. So Friday the 13th is an ultimately feminine aspect as it links to the Moon and Venus, the two feminine planets in the heavens.

Rather than fear Friday the 13th, embrace its feminine qualities and know that this is a special and magical date. We are super blessed to have not one but three days that fall on Friday the 13th in 2015.