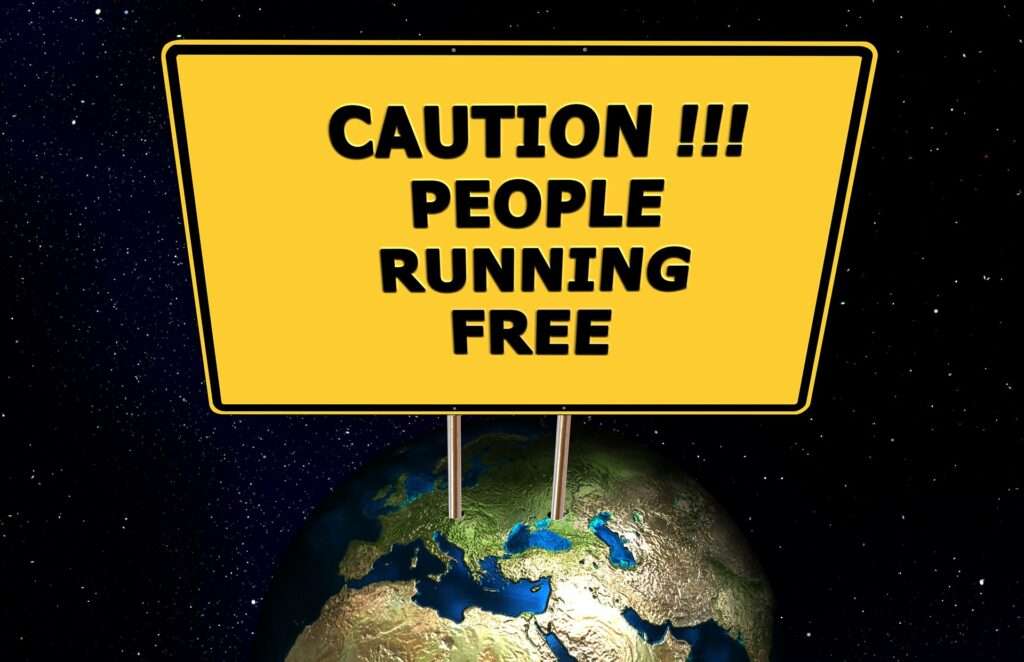 This weekend’s Full Moon [23 Aries 14] falls across the Aries/Libra axis of the zodiac. It peaks on Sunday 16th October [5:23 GMT +1] or Saturday night if you’re in the western hemisphere, e.g. the USA.

Full Moons are a time when emotions are heightened and you go a little bit crazy and let your hair down. Traditionally the Full Moon is a time of celebration when you can drop your inhibitions and run wild.

Yet there’s a cautionary note to this weekend’s Full Moon which is why I’ve named it a ‘doozy’. The term ‘doozy’ means something that’s outstanding or unique and in urban slang, something difficult or daunting. Both meanings apply to the coming Full Moon because it doesn’t stand alone but pulls in erratic, unpredictable Uranus.

The Sun at 23 Libra opposes the Moon at 23 Aries and planet of instability, Uranus is currently at 22 Aries. One craze that has suddenly popped up out of nowhere is the Creepy Clown Craze which started in America but this week has been big news in the UK.

Clowns are supposed to be funny and yet this craze is anything but and for many people it has turned into the stuff of nightmares. Many of the clowns are termed ‘killer clowns’ and they spring out on you unexpectedly armed with weapons, threatening and spooky.

Whether the people dressing up think that it’s harmless fun or whether there’s a more sinister edge to their ‘pranks’, the Full Moon is renowned as a time of ‘lunacy’. The term ‘lunacy’ comes from lunar, another term for the Moon.

Uranus is eccentric, anarchic and unsurprisingly is often prominent in the charts of comedians. The Moon/Uranus sitting together during this weekend’s Full Moon are lively enough but when they come together in Aries, the sign linked to violence, war, anger, the laughter quickly fades. I suspect the clown craze will continue for a while yet with Halloween on the horizon but it could well peak during this weekend’s Full Moon.

The Mars Factor – A Short Fuse

So what does this Full Moon mean for you and me? Well, certainly it’s important to keep your plans flexible this weekend because Uranus rules the unexpected. Rebellious behaviour could flare up quickly and emotions will fly.

The ruler of the Aries Full Moon is Mars, the planet of passion and anger, and Mars too is currently caught up in a volatile planetary pattern. Communication planet Mercury in Libra is square to Mars today, Thursday 13th October, think quick tempers, a short fuse, and Mars is moving closer towards a conjunction with Pluto in Capricorn.

The Mars/Pluto aspect is exact on Wednesday 19th October, the date of the next political debate in the USA. We have already witnessed how politics has turned nasty in the States and there are attacks on both sides. So right now, tensions are building. If you’re feeling stressed, channel your anger constructively and be aware that other people will be feeling this too. Kindness is called for and laughter, of the genuine, fun kind, can definitely help.

One other clear example of the power of this Full Moon involves Will Young, a singer/actor who’s well known to many people in the UK. One of the best-loved TV programmes over the last few years has been Strictly Come Dancing and Will Young was one of the celebrities taking part in the current series.

That is until Monday night when Will dramatically dropped out of the show. This is very uncommon and a real shock for everyone. There is a birth time for Will, b. January 20th 1979 in Wokingham, UK. If the time of 9:55 pm is correct, his natal Moon is at 23 Libra slap bang on the Full Moon degree, so the time is likely to be spot on. In addition, Will is a Sun Aquarius and Uranus rules his Sun sign.

‘Leave Right Now‘ is one of Will’s most famous songs and the symbolism is pertinent. Uranus rules splits in astrology, events start and stop suddenly when Uranus is in play. There are rumours of anxiety surrounding Will’s unexpected exit from the show and the media is starting to take on an accusing tone, i.e. that Will dropped out because he thought he wouldn’t win.

One of Will’s fellow contestants, Laura Whitmore stated, ‘Be kind, for everyone you meet is fighting a battle you know nothing about’. It’s a statement that’s worth remembering over the coming weekend with this sparky, unstable Full Moon energy.

At its best, this weekend’s Full Moon favours independent, innovative ventures and provides a chance to break free from convention, to ring the changes or even run for the hills. Will Young & I share the same Moon placing so as long as I’ve not jumped on a plane to run off and become an activist, I’ll be back early next week to offer more advice on the Mars/Pluto conjunction. Until then, keep the peace and stay calm.