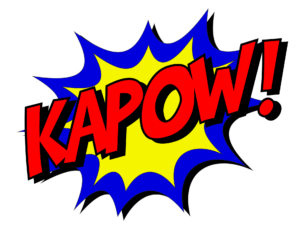 Hot on the heels of the red-hot planetary conjunction between Mars & Uranus in Aries – February 13th – comes another whoosh of dynamic, fast-paced cosmic activity.

Fiery Mars may have left Aries – February 14th – volatile Uranus may be getting ready to leave Aries – March 6th – but asteroid Chiron, the wounded healer, is picking up the baton.

The fighters, lovers, warriors, activists, pioneers, innovators, trendsetters and heroes are still needed at the forefront of life.

We know from past experience that Chiron’s move into Aries, the first sign of the zodiac, can be a big deal. It lands with a kapow, a wham bam, a major shock or statement.

On April 1st, 1968, Chiron entered Aries. Three days later on April 4th, 1968, the civil rights leader, Martin Luther King, was assassinated with a single shot to the neck. Aries rules the head and the incident shocked the world. It’s an event that will never be forgotten. 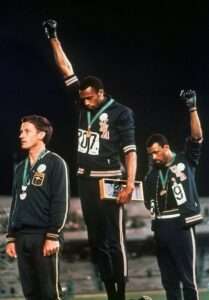 The same year, Chiron retrograded back into Pisces on October 18th. Two days beforehand on October 16th, as Chiron was preparing to leave Aries, John Carlos & Tommie Smith stood on the podium at the 1968 Olympics in Mexico City.

The two men raised a fist to the sky clad in a black glove during the US anthem. They bowed their heads as a symbol of unity with human rights and their black power salute has become an iconic photo.

The Australian who won silver in the race, Peter Norman, knew what they were going to do and stood with them in solidarity.  It was an act of courage and defiance that affected all three mens’ lives.

When Norman died in 2006, Carlos and Smith were pallbearers at his funeral, in some way helping to heal the aftermath of their iconic protest.

1968 was a major year of racial unrest and a significant year in the rise of the civil rights movement. It was dubbed ‘a year of awakening‘, perhaps a fitting title for Chiron in Aries.

We may well look back on the events of Chiron’s move through Aries, the first sign of the zodiac, and see these transitional years as significant in the wave of activism sweeping through our world.

Chiron in the Birth Chart

Chiron isn’t always the easiest planetary factor to interpret in the birth chart. Sometimes, it makes sense if it’s closely conjunct another planet and it picks up on the themes of that particular planet or archetype. Working closely with clients, I’ve also seen the importance of Chiron on the angles, especially the Ascendant and IC, the point at the base of the horoscope.

This often pulls in themes from the past, whether you are being called to honour your family or legacy or you are somehow atoning for the sins of your past. It feels like a karmic healing, as you take on past hurts, which may not even be part of your lifetime.

Chiron acts a bridge from the old world to the new world as it is located between Saturn and Uranus in the planetary line-up, a link from the personal planets to the collective planets. Its nature is the sometimes-forgotten link between man and spirit, as Chiron was half-human, half-animal.

Chiron transits can coincide with wounds that slow you down, periods of injury/healing that force you to find alternative strengths and shift your perspective on life. Chiron’s move into Aries is leaving behind one world – Pisces and the last sign of the zodiac – and entering a new world – Aries and the first sign of the zodiac.

Once again, it is a bridge, taking you from the past into the future. Chiron in Aries may flag up themes around identity, your real self, what makes you unique, your body.

Chiron’s 50 year cycle means it’s often connected to key events in your life during this important decade. For women, it’s a no-brainer; this is the usual age when the menopause kicks in and the body/mind/spirit connection transforms rapidly.

It can leave you feeling confused about your self and how to be well in body, mind and soul as you undergo transition. Maybe men go through a similar change, although it doesn’t seem as obvious on the surface.

The Chiron Return often marks a shift in the way that Chiron works too. The 50’s are a decade when you start looking at your legacy, what you’ve learned in your lifetime and how you can pass on your knowledge and wisdom that you’ve accumulated. It’s a time to give back and help heal other peoples’ wounds. This process itself can be deeply self-fulfilling.