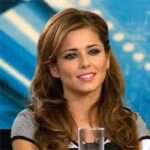 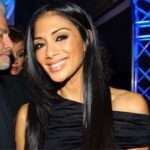 Cheryl Cole and Nicole Scherzinger may wonder what on earth’s going on as professionally and personally they have been leading parallel lives for some time.

Both achieving mega success in girl bands, Cheryl with Girls Aloud and Nicole with Pussycat Dolls, they subsequently launched solo singing careers, Cheryl in 2009 and Nicole in 2010. Cheryl had the footballer husband, Ashley Cole, and Nicole has the racing driver boyfriend, Lewis Hamilton.

Cheryl announced her separation from her husband in February 2010 and soon after began a romantic friendship with dancer Derek Hough. In May 2010, Nicole won Dancing with the Stars with dancer Derek Hough. In July 2010, Nicole was one of the guest judges on X Factor when Cheryl was replaced on the show as she recovered from malaria. Wind forward to 2011 and Cheryl is ousted from X Factor USA to be replaced by none other than Nicole.

Astrologically, Cheryl (born June 30 1983) and Nicole (born June 29 1978) are both Cancerians with their birthdays one day apart. Since 2008, the eclipses which take place twice a year have been in Cancer and its opposite sign, Capricorn. Eclipses occur due to the alignment of the Sun, the Moon and the Earth creating a shadow and in astrology eclipses often symbolise triangle situations where one person’s loss is another person’s gain.

For Cancerians and Capricorns, the eclipses over the last couple of years have coincided with dramatic events most of which have involved other people. As one door closes, another door opens. The final eclipse in this Cancer/Capricorn cycle takes place this Friday, 1st June 2011, and highlights both Cheryl’s and Nicole’s Sun in Cancer.

So who’s eclipsing who? As this blog goes live to coincide with their birthdays, there’s talk in the media of Cheryl wanting to leave showbiz, re-marry her ex-husband Ashley and move abroad to start a family. Nicole is confirmed as a judge on X Factor USA and the media is speculating that she will soon be Lewis Hamilton’s fiance and marriage is on the cards. No doubt the next few days will bring more dramatic events in the lives of both Cheryl and Nicole. Is Cheryl really leaving showbiz to become a Cancerian yummy mummy as Nicole’s star is on the rise? Time will tell…