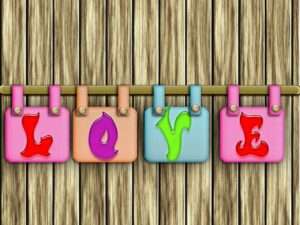 This month there’s strong focus on the finance axis of your chart and both the Full and New Moons are highlighting money matters.

The Full Moon takes place on February 3rd and cuts across the Leo/Aquarius axis of your chart; joint finances, shared resources, money with ties versus your own personal money, possessions and values.

Full Moons are a time when emotions are heightened but as the light of the Moon is as its brightest, you see your situation with clarity. This feels like a hedonistic Full Moon for you whether you’re ready to treat yourself or invest in something that matters to you deeply. It connects in to Jupiter, the planet of abundance, also in Leo, boosting your ability to make money through joint ventures and collaborative projects.

The Sun and Jupiter oppose each other in the heavens on February 6th and this aspect is all about having a good time. If you can afford, do it; if you can’t, don’t let yourself get carried away on a whim. You may be acutely aware of the emotional ties that money generates in the first week of February and how your financial liaisons with other people connects you on a deep level. Sometimes it’s not about the money, but about love.

Yet with all this focus on cash and finances, it’s important to note that Mercury, the planet of communication, remains retrograde or on go slow until February 11th. Mercury is in Aquarius and the sector of your chart that rules money. So there may be key negotiations about money early in the month, you may receive money via a second party but when it comes to hard cash, don’t make the big decisions until Mercury turns direct.

Mercury retrograde often indicates hidden information, misunderstandings, plans that change suddenly, having to bide your time and wait for someone else’s decision, etc. Once Mercury turns direct on February 11th, it’s the equivalent of the fog clearing and you can move forward with confidence.

Insights or plans that began in January only to go on hold can now be reignited, rediscovered. This month’s theme is about second chances and trying again if at first you didn’t succeed. Whether you’re buying or selling, applying for a job or a grant or chasing up money owed, the 11th to the 18th is super efficient astrology for all your money interactions.

Plus this month there’s another interesting factor boosting your current situation. This is your ruler Saturn in a sextile or helpful aspect to Mercury. These two planets first came together on January 5th but then Mercury turned retrograde and this month they meet up twice more on February 5th and February 19th. These two planets together indicate agreements, making a decision and committing to it, getting serious about money, voicing what’s important to you and what you value highly in life.

Saturn is currently in Sagittarius, the sign before yours in the heavens, so it’s effectively hidden away. This can indicate a period of research, a chance to spend more time on your own, an inner journey or inner work, connecting to your higher values and what matters most to you in the world. It’s a reflective transit of Saturn and is preparing you for an exciting stage in your life that will begin in a few years time when Saturn enters your own sign of Capricorn.

There is a strong focus now on your thinking, your mindset and the power of your thoughts. The personal planets move through Pisces, the sign of communication and the mind, throughout February and there will be times when you’re acutely aware of the power of your mind and the effect it has on your life.

The most crucial period with regard to this is the 23rd and the 26th when the Sun in Pisces clashes with the Saturn-Neptune square. Notice the power of your thoughts and whether negative thoughts slow you down or stop you in your tracks. Are you the one who’s blocking magical thinking? Do you believe in synchronicity? Allow yourself to be amazed by your inner psyche and the power of your beliefs and magic can happen. Notice if fear or doubt holds you back and whether some of your limits are self-imposed.

The Saturn-Neptune square is powerful all year and it may expose your vulnerabilities and yet this is an ongoing lesson to see whether you are brave enough to reevaluate what strength means to you. Sometimes what you call weakness isn’t weak at all but honest and vulnerable and real. Bear this in mind as the month comes to an end.

This month’s stars also highlight the danger of wishful thinking without creating a solid strategy. You have the power to turn your dreams into reality as long as you can grab hold of your brilliant ideas and turn them into a working plan.

Finally, Venus and Mars are key players in the heavens from the 20th onwards when they career into the sign of Aries down at the base of your chart. This puts the focus on your home and family, your past and where you come from. Venus and Mars conjoin in the heavens two days later on February 22nd and this promises passion and excitement. A trip home highlights loving relations and then some.