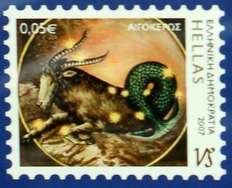 The emphasis moves away from your own personal goals this month towards other people and organisations in which you’re involved.

Your planet Saturn moved into Scorpio last October, the sign that rules friends, clubs, the environment and social concerns. You may have played a more prominent role in a group or organisation and last month’s stars suggest a challenging time, perhaps to do with finances or differing values.

This month Saturn’s slowing right down and on the 18th turns retrograde. Saturn will then be on go slow until July. This suggests less responsibility and the chance to move away from a difficult situation. Saturn’s energy is not as intense when it’s on retrograde as it’s weakened.

Where group efforts are concerned, it’s more a time to plan and research rather than make key decisions. If you do have things you want to sort out with other people, especially in a formal setting, then the best dates to do so are the 12th, 15th and 16th, when both Saturn and Pluto in your own sign of Capricorn team up with planets in the communication sector. This is your chance to speak up, share your views and reach agreement on important matters. You may have to put your foot down about spending money especially on the 11th when Saturn squares Venus in your cash sector but it’s not as urgent as last month and it’s a more sensible move on your part.

On the whole this is a positive period for money matters as not only is helpful Venus in your cash sector from the 2nd-26th but there’s a New Moon in Aquarius on the 10th, the sign that rules your personal money. This is brilliant to start anything new that’s finance-related and with Venus in the mix, why not treat yourself or buy something special for someone close. A small but thoughtful gift is a wonderful way to show your love and this month it’s the small gestures that mean so much. Send a daily text to say ‘I love you’ and speak from the heart.

Communication goes slightly awol after the 23rd when Mercury, planet of communication, turns retrograde in your communication sector. It’s a double whammy of potential confusion and misunderstandings and this lasts until 17th March when Mercury turns direct.

This is another reason why it’s sensible to crack on with important matters earlier in the month as after the 23rd, you’re wise to hold back and realise that you can’t believe everything you hear or even speak with confidence. The Mercury retrograde period is ideal to do research, to reflect and be patient. New information often comes to light once Mercury turns direct so if you’re waiting for news or facts or the true picture, bide your time.

Work too may be going through an interesting phase as the planet of freedom, Jupiter, is currently in your work sector. Jupiter rules opportunity so it’s a great time to try something new at work or pursue a second option to the day job. If you’re looking for work, Jupiter in Gemini promises good fortune between now and the end of June.

However, having said that, this month Jupiter is square to planets in Pisces so you may be promised a lot but find that it’s not delivered. Jupiter squares bring an over-exuberant energy that feels optimistic and hopeful but is difficult to pin down. Again, keep your options open, don’t get too caught up with office politics, and believe that things will work out the way they’re meant to. For now, you’re playing a waiting game.

When it comes to travel this month, it’s important to double check arrangements and ensure that everything is as organised as it can be. In many respects, this month is going to teach you flexibility, willingness and the ability to remain open-minded, especially regarding other cultures or other peoples’ beliefs. The Full Moon on the 25th is especially powerful in this respect as Jupiter squares up to the Full Moon and you may find your own beliefs are challenged.

When the majority of planets are in water and air signs, there’s a lot of movement but nowhere to anchor safe and secure. Being an earth sign who likes to know where you stand and what’s what, you’re in choppy waters but go with the flow and see where life leads. You may be pleasantly surprised by the people you meet when you’re open to what life brings your way and the direction your path takes you in.