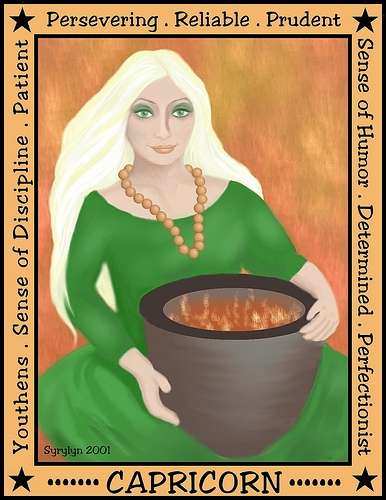 It’s a month of action, Capricorn, especially where one-to-one relationships are concerned, whether this involves a personal relationship or someone you know in a professional capacity.

If things have been muddled recently, i.e. you’ve experienced misunderstandings or delays with regard to a key individual in your life you’ve been caught under the Mercury retrograde spell that can cause communication chaos. In addition, you often don’t have the whole picture when Mercury’s on go slow and new information only comes to light once Mercury turns direct which took place on July 20th last month.

However, there’s another important turning point this month on the weekend of the 3rd/4th. This is when Mercury moves out of its Shadow phase which means it’s back at the same place it was in the heavens when Mercury turned retrograde on June 26th. So in some regard, you’ve come full circle and you can pick up again what you left off towards the end of June.

Early August may bring more news or a chance to talk to someone either face-to-face or over the phone. Mercury, planet of communication, is only in your opposite sign of Cancer and your relationship sector until the 8th so the weekend of the 3rd/4th is as good a time as any for an important heart-to-heart.

Mars too is in Cancer this month up until the 28th. Mars is the planet of action but also of anger so you’re likely to experience more passion but potentially more arguments too. If you’re new to the love game, expect a relationship to develop quickly and become physical fast. If you’re in a relationship then the heat is on and any issues between you come to the fore and must be dealt with one way or another. You may find that you didn’t have the whole picture regarding a relationship when Mercury was on go slow but now you know something you didn’t before. Events are going to move quickly now and demand resolution.

The final planet in your opposite sign of Cancer is Jupiter, the planet of luck and opportunity. Jupiter entered Cancer on June 26th, the same day that Mercury turned retrograde, so even though Jupiter promises relationship blessings, Mercury up to its tricks hasn’t allowed Jupiter its full potential until now. Jupiter remains in your relationship sector until July 16th 2014 and it’s your chance to get love and relationships right. Some of you will marry or fall in love whilst some will part ways knowing that it’s time to move on. It depends on your personal situation what this means for you and don’t forget that Jupiter is also influencing your professional one-to-ones as well.

Key dates this month for Jupiter’s influence are the 7th when Jupiter opposes Pluto and the 21st when Jupiter squares Uranus. This means that Jupiter meets up with the ongoing Uranus-Pluto square which symbolises getting rid of what’s old and outdated and replacing it with something new and radical.

This is a deeply emotional process for many of you especially if your birthday’s in December. You’ve already experienced the Pluto factor which often brings loss or difficulties and deep soul-searching. You can emerge transformed after Pluto’s been over your Sun but it’s not an easy process and very often you feel as if you’re a different person thanks to it.

This month’s connections promise a lot as Jupiter is powerful in Cancer being the protective planet in the sign of nurturing. You may meet your equivalent of a guardian angel this month, someone who helps you bring about profound change to your life and opens your eyes to a new way of being. There’s also the chance to let go of the past so you can move into the future with some important people by your side to care for you and act as a protective influence.

The really interesting and challenging factor to all this activity is that when one area of your life changes it has a knock-on effect in other areas too. This will be most evident when firstly the Moon (10th/11th) and then Venus (24th-27th) move into Libra and create a Cardinal Grand Cross with Jupiter/Uranus/Pluto. Libra’s your career sector and where you’re heading in life and this Grand Cross cuts across the major areas of your life, i.e. your self, your relationships, your home & family and your career and future path. When change hits one of these areas everything else is interlinked making for a more complex picture. You may need to make a leap of faith this month but the stars suggest that ready or not you’re moving on to a fresh stage in life.

Finally, keep a close eye on finances but the positive news is that joint finances i.e. monies you share with another person or extra money, e.g. a bonus, inheritance or investment can make life easier now. In fact, money’s linked to your home, family and past in a good way. Take note of what happens on or around the New Moon on the 6th and the Full Moon on the 21st both of which cut across the financial axis of your horoscope. Money matters are on the move and making the right move will mean that you’re better off financially.