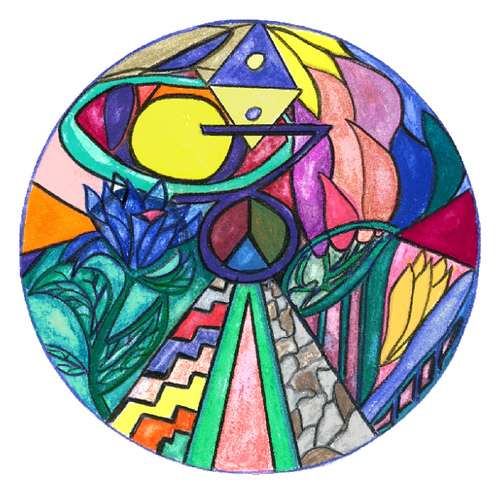 When there’s a Cardinal Grand Cross in the heavens, you know it’s time to sit up and take notice as you’re one of the four cardinal signs along with Aries, Cancer and Libra, one of the leaders of the zodiac.

In brief, a Grand Cross is when four planets square up to one another which suggests that different people have different agendas and that when change happens in one area of your life it has a knock-on effect in other areas.

This is especially true for you being a cardinal sign as the Grand Cross focuses on four key areas in life: Capricorn – yourself and your personal goals; Cancer – your 1-to-1 relationships; Aries – your home and family life and Libra – your career and vocation. It’s not only about love and working partnerships but it’s about where you come from and where you’re heading to.

The key period is over the Easter weekend when the Grand Cross reaches it’s peak involving an exact square between Uranus and Pluto, a major planetary event which first started in June 2012 and completes in March 2015.

However, you also pick up on the Grand Cross energy when the personal planets move their way through the key degrees and this happens the first week in April, from the 14th-16th and the 22nd/23rd. You could say that this is April’s theme.

Unpicking the symbolism further to help you understand what this is about, you currently have Jupiter, the planet of opportunity and freedom, in your opposite sign of Cancer highlighting relationships. Jupiter opposes Pluto in your sign of Capricorn, racking up the intensity of love or a key working partnership in your life. This pits freedom against control and it’s important to know what you’re getting into in a relationship or to take the time to analyse and reassess your current relationship or marriage.

Yes, this is about love but it can also apply to a working partnership. It feels deeply emotional and for some it’s about meeting a soul mate, whereas for others it concerns letting go. Once you look closely at the relationship and once you understand a partner better, then you can move forward.

Two of the personal planets are currently moving through Aries and they are the Sun in Aries until the 20th and Mercury (communication) in Aries from the 7th-23rd. The other planet that’s here is Uranus, the planet of change. Aries is down at the base of your chart so this rules your home and family and changes in this area of your life have a knock-on effect in all other areas. Someone may be moving in or moving out or you may be relocating in order to take up a new job or to follow a partner abroad.

The final spoke of the Grand Cross involves Mars, planet of action and energy, which is currently retrograde or on go slow in Libra, the sign at the top of your chart ruling your career and your vocation. Mars’ energy is somewhat depleted right now so whether you’ve lost your get-up-and-go or your motivation for work or you’re waiting on someone else to make a key move before you can make a decision, things are slowing down.

When these four axes of your chart are triggered at the same time, there’s a sense of urgency about changes in your life and the heat is turned up. Aries in particular is a feisty sign that wants things to happen yesterday and is prepared to fight to get what he wants. This is why there’s potential for conflict as different people have different ideas on what’s right and wrong and whatever you want to do may not fit in with what others want to do.

The key advice here is to stand up for what you want but to choose your battles wisely. It seems significant that your planet Saturn is removed somewhat from the action so you may be a bystander to disruption at work or at home. What’s key about Saturn is that it makes two helpful aspects, one on the 3rd a trine (helpful) aspect to Mercury and one on the 25th, the same aspect to Venus.

When these easy connections happen, Mercury and Venus are both in Pisces, the sign that rules communication. Pisces is a kind and sensitive sign and this is an indication that you can help to smooth things over now and rather than allow anger to dominate, you can back peaceful negotiations and work towards restoring harmony.

This applies to a loving relationship too, and if you know that an argument could have disastrous consequences make a case for talking things through amicably and respectfully. Yours is the sign that rules respect and dignity after all and a good reason to ensure that people work together in an adult way rather than resort to childish temper tantrums.

The last week of the month is promising for new love when Mercury (communication) joins the Sun in your fellow earth sign of Taurus on the 23rd. This indicates the start of a sensual new chapter for love and the New Moon or Solar Eclipse on the 29th heralds in a new love phase in a most dramatic fashion.