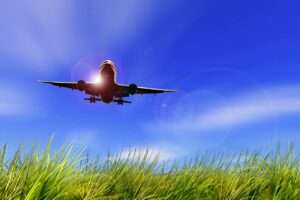 Your ruling planet Saturn demands attention early on in the month as Saturn turns direct in Scorpio on the 2nd and the following day there’s a major planetary aspect between Jupiter in Leo and Saturn in Scorpio on the 3rd.

Scorpio is the sign that rules friendship in your chart, group involvements, wider society, your network. This has been a key area of your life over the last few years but Saturn only remains here until mid-September 2015 bringing with it the theme of endings.

You might decide to move on from a group or social or political organisation that’s played a huge role in your life. You might be ready to step down from a role as governor or chair and let someone else take the lead. The first week of the month is the best time to make any big decisions.

Yet there are other concerns involved that link to money and your emotional connections. Jupiter is in Leo and this is about partnership, joint finances, shared resources. Saturn asks you to decide where to focus your financial and emotional energy. You might be ready to pull back, to give less.

Notice too whether fear steps in and you begin to question what you can and can’t afford. Jupiter’s the planet of risk but Saturn can generate doubt. If you are making any big move financially early in the month then it’s vital that you engage your business head. Don’t be swayed by extravagant or impulsive gestures but allow a more cautious attitude or outlook to help you make sound business or financial decisions.

When you allow Jupiter and Saturn to work together, even though they’re in a square or difficult aspect on the 3rd, you invoke the cautious optimist, the trusting realist. You can turn dreams into reality but this isn’t about overnight success. Instead it’s planning for the future and quite often it means taking the sensible option.

For some, you might decide not to invest and this is certainly not the time to play ‘double or quit’. If you’ve done well on the financial front recently, then hedge your bets rather than get carried away. If you’ve overspent recently, take stock and get real when it comes to money.

You have to remember that Venus, the planet that rules money, is retrograde throughout August and this is the time to save rather than spend and to review your finances rather than take big risks.

That isn’t to say you can’t still make money now and notice in particular what happens on or around the 8th when Mars (action) enters Leo followed by a New Moon, symbol of new beginnings, on the 14th in Leo. But these are new projects rather than something you’ve been involved in for the last 12 months. One chapter in your life is coming to an end now and it’s up to you to play your part to ensure that all ends well.

There’s another major planetary shift in the heavens this month which involves Jupiter, the planet of opportunity. On August 11th Jupiter enters your fellow earth sign of Virgo where it remains for the next 13 months and this is good news for you as you’re ‘in your element’.

Jupiter takes approximately one year to journey through each sign of the zodiac so the last time Jupiter was in Leo was 12 years ago. Virgo represents those things in life you want and need to look forward to. This is your chance to focus on the things you love best, such as travel or study, to start a new adventure and to make the most of life.

Jupiter rules travel, study, philosophy, spirituality and any activity that expands your horizons and broadens your experience of life. There’s a feel-good factor to Jupiter in Virgo. Think of work as play, discover your passion and enjoy what you do for a living.

If you want to travel abroad or live in another country, if you want to take a sabbatical from work and explore a new direction, it starts with believing and knowing that anything’s possible. Set your intentions as Jupiter’s year of exploration begins and let the universe know what you want.

This is a wonderful opportunity to think globally, to expand your network or tribe and to reach out to other people in different countries and cultures. You will want to see the world or save the world as Jupiter is closely linked to philanthropy and charitable actions. Jupiter also rules publishing, the Law, truth and justice. Stake your claim and begin your voyage of discovery.

The key dates this month to embrace this new energy are the 26th when the Sun and Jupiter connect in the heavens and the 29th when there’s a Full Moon cutting across the Virgo/Pisces axis.

Be open to options, say Yes to new experiences and do something different on or around these dates. These dates feel especially lucky for you and the events that take place on or around them will help signpost your way forward in the year ahead.

Jupiter leaves behind the sign of Leo where it’s been since July 2014 and Leo rules joint finances and shared resources in your chart. At its best Jupiter adds wealth and abundance to the area of your chart where it resides so you may have received an extra bonus, an inheritance or boosted your own financial well-being via a partnership or collaboration. You could also find that you’re more than ready now to spend your money on life experiences rather than possessions.