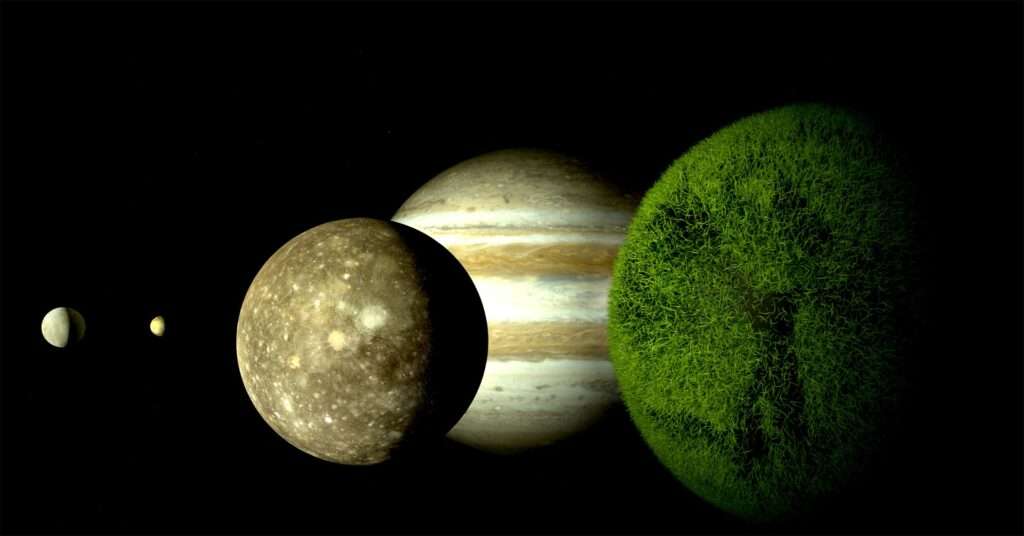 It would be easy to slip into overwhelm this month especially if you feel you’re juggling too many different roles. There’s a lot of activity taking place down at the base of your chart representing your home and family, your past and where you come from.

The Sun is in Aries and this sector of your chart as April begins but it quickly runs into some major planetary aspects. This is centred around the Full Moon on the 11th that cuts across the Aries/Libra axis of the zodiac and the foundations of your birth chart.

Full Moons illuminate polarity in your life and reveal where you’re pulled in different directions. Yet this Full Moon is especially powerful for you and not only because the Moon is at the peak of your chart in the sign of Libra, ruling your career and vocation, your status and reputation.

This Full Moon pulls in the Jupiter-Uranus-Pluto T-square which dominates the heavens for much of 2017. This adds extra charge to the situation and it will reveal where your life is out of control. If you’re finding it hard to focus on your career as well as your family or you sense that the work/life balance is out of kilter, you have to look at where and how you can do things differently.

With Pluto in on the act in your sign of Capricorn. this is potentially an explosive Full Moon especially if you feel you’ve been taken for granted or other people aren’t pulling their weight. Rather than fly off the handle, look at where you can set new boundaries and decide whether it’s time to say No rather than Yes.

This is important if a new opportunity arises to follow a dream, to chase after a long-term goal. You won’t want to be held back by anyone, family included, and this is what could cause tension in the month ahead.

The other indication that you need to look at what you can and can’t do and what you’re capable of is your ruling planet Saturn. This is a key month for Saturn and if you’re going to achieve your goals, work steadily, be reliable, you have got to look at what stays and what goes.

Saturn shifts direction in the zodiac on the 6th, a powerful date for you when there’s a Mars-Pluto planetary aspect in earth signs. This feels like standing your ground, doing what’s right for you, putting yourself first.

If you’ve been giving too much to other people or you want to be more responsible for yourself rather than others, this is the time to make it happen.

Saturn is also in action on the 8th and 21st when it clashes with Venus in Pisces and your communication sector. Someone might not like it if you say No or set new boundaries, but it’s important to do so now. Think back to events in January and early February and recognise that you have a second chance to sort out any imbalance in your life.

It might not make you the most popular person but sometimes you have to be cruel to be kind. Venus in Pisces could flag up an issue with a sibling or neighbour and you need to think carefully about what to do. The Easter weekend is the turn-around point when Venus turns direct in Pisces on Saturday 15th after six weeks on go slow.

Rather than let someone else call the shots and if you’re not ready to forgive and forget, take your time. It’s only on Monday 17th and again on the 24th when you’ll be prepared to make things work out, but on your terms.

There’s another retrograde planet this month, Mercury, which rules communication. Mercury switches direction in the zodiac on the 10th and remains on go slow until May 3rd. This often indicates a period when you’re wise to slow things down in your life and deal with one problem or issue at a time.

Know too that it might be hard to get a full picture of what’s happening, especially in your personal life or at home until mid-May. Plans may chop and change until then and other people could behave erratically.

Yet there’s still plenty of opportunity to enjoy yourself and focus on those activities in life that give you pleasure. This might include romance, spending time with kids or grand-kids, entertainment or creative projects.

Action planet Mars is in Taurus until the 21st highlighting play, fun, whatever makes you happy. Mercury’s up to its tricks in Taurus from the 10th to the 20th but on the 19th the Sun joins the Taurus party. So even if life is fairly chaotic or you’re having to play a waiting game in a specific area, e.g. work or home life, don’t miss out on some good times.

The New Moon on the 26th also falls in the sign of Taurus, a perfect date to start something new, to set your intentions around love, children, socialising, hobbies and talents. Taurus is a sensual sign and if you’re looking for love, this is a good date to engage actively with romance.

Let other people know you’re on the look out, ask for introductions, join a dating agency, flirt, have fun. Any new relationship is likely to be a stop-start scenario but don’t let that stop you getting out and about and enjoying yourself.

Passion is there for the taking as long as you don’t get so caught up in the hustle and bustle of life that you forget to prioritise life’s pleasures.