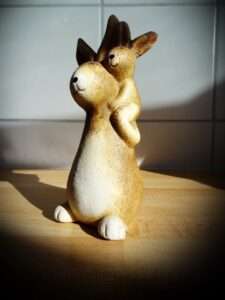 This is a month when the fire signs dominate and being a water sign, this energy doesn’t always sit easily with you. Fire signs are gung-ho, loud, bold & brash and you need to tap into your potential as a leader rather than the more timid side of your nature to make the most of it.

Fire signs are all about letting go of the rope and taking a big leap in life rather than hanging on tightly until you feel ready.

Yet even though fire is the strong element this month, the Sun is in Pisces, a fellow water sign, until the 20th and Mercury (communication) picks up the water sign baton when it enters Pisces on the 13th.

The best way to deal with the month ahead especially if you already know you have some big decisions to make when it comes to key areas of your life, such as work & love, is to allow yourself time to daydream and visualise what next. This will help to prepare you and get you ready to embrace change, rather than try to resist it.

Plus, this month’s stars are truly exciting and lucky Jupiter is currently in Leo and your money sector so there’s every chance that you can earn big now. Make the right moves and your finances improve dramatically.

Jupiter’s in action early on in the month when it makes a stunning trine aspect to Uranus in Aries. This is the second of three planetary aspects between these two planets. The first aspect took place on September 25th 2014 and the third aspect will take place on June 22nd 2015. This is the middle one which is exact this month on March 3rd.

Jupiter and Uranus were Sky Gods in mythology and together they represent space and freedom, they’re about breaking free or breaking through. Jupiter is in Leo and your money sector and Uranus is in Aries and your career sector. So this is about your vocation, where you’re heading in life and what you do for a living.

It’s potentially an exciting time and if you’re ready for a new adventure and want to grasp new experiences, here’s your opportunity. Some of you might have set off on an independent or personal work journey a few years ago and your desire to ring the changes at work and introduce more variety into what you do continues.

Look out for something new that comes your way on or around the 3rd as this could be a chance to earn big money. It might be an opportunity that takes you out of your comfort zone, something new and different that comes from left field. It might only last for a short time and not be forever but it’s a stunning combination and taking a risk and saying Yes to life is highly recommended.

The relationship planets, Venus and Mars, also begin the month in the sign of Aries. Venus leaves your career sector on the 17th and Mars remains here throughout the month. This is not only a go-getting combination and indicates that your ambitions are hotting up but it suggests that you might find love through work or you could start an affair.

If it’s a new relationship that you know won’t harm your career path or reputation, then fine, go for it as it’s sexy and hot. However, if you are living life dangerously, e.g. you’re sleeping with the boss or you know that a relationship is off limits through your work, then take care.

The Uranus-Pluto square is also active in March and this tumultuous aspect connects with both Venus and Mars early in the month. The Uranus aspect promises fun and excitement but Pluto adds a hint of danger, a ‘don’t go there’ warning. Plus if Pluto blows an affair wide open and secrets are revealed, Pluto’s decision is often final. There’s no going back.

It is the 7th and final Uranus-Pluto square which is exact on March 17th and you might already know what this is about in your own life. These two mighty Titans of the heavens first clashed in June 2012 but their ‘out with the old and in with the new’ mantra was already active a couple of years previously. Uranus is in your career sector, ruling your status and your reputation, your role in life and Pluto is in your opposite sign of Capricorn, ruling your 1-to-1 relationships both current and past.

When these two planets square up to each other, it’s futile to resist change. You have to let go of what’s old or outdated in your life and if you reach a dead end, you must turn around and try a new direction. To make the most of this dynamic planetary energy, you’re being asked to reinvent yourself, to embrace what’s new and different, to be at the forefront of change rather than hiding at the back.

If you’ve had problems with a boss or opposition in some shape or form, this might reach its conclusion this month. You either learn to work together or one of you gets out and moves on. If you are in a relationship or married, then for some this might have been about key changes in your partner’s life that had a knock-on effect in your own. If you need a nudge to get out of a relationship that’s no longer working for you, here’s your opportunity.

Finally this month with so much potential change and big events to deal with, take yourself off somewhere you’ve never been before. This can be as simple as a day out to the seaside, a weekend away or a holiday somewhere exotic. It’s your choice but this will help you see your situation from a fresh perspective. Any kind of coaching or learning can also help you gain new insight so be open to learning.

The Solar Eclipse on March 20th falls in the sign of Pisces right at the end of the sign and therefore at the end of the zodiac. This is sweeping the slate clean, starting over. If you find that you reach a crossroads this month, however dramatic, see if you can take advantage of your situation and use this to good effect in your own life. When one road comes to an end, new beginnings open up for you. Be bold and seek out new horizons.