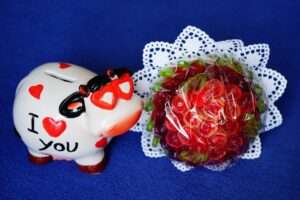 Your sign is ruled by the Moon in astrology and when you have a Full Moon and a New Moon which both fall across the axis of your chart ruling money, you know that this is going to be a big month for finances and money matters in general.

The Full Moon takes place on February 3rd with the Moon in dramatic Leo and the Sun in logical Aquarius. Emotions are heightened at the time of the Full Moon but the light of the moon as its brightest and you see your situation with clarity. Full Moons are traditionally a good time to make key decisions when you’re in touch with your head and heart but this month you’re wise to wait and see what pans out before taking action.

Leo is the sign that rules your personal money, your possessions and what you value in life. Aquarius is Leo’s opposite sign which rules joint finances and shared resources in your chart. This can be about a mortgage, loan, inheritance or investment, debts or savings, and in particular the emotional ties that bind you to other people through money that’s owed or money you receive from a second party.

There’s another key planet in Aquarius throughout February and this is Mercury, the planet of communication. Last month on January 21st, Mercury turned retrograde and it remains on go slow until February 11th. When Mercury’s giving the appearance of retreating through the heavens, you’re wise to slow down the pace, put off big financial decisions and bide your time. You may be waiting to hear from another person, waiting to be paid or waiting for news that will affect your finances.

Once Mercury turns direct on the 11th, this is your green light to act, to chase up a payment, to start a money-related conversation or interaction and in general to make things happen with regard to cash and finances. Don’t bury your head in the sand but face your situation head on.

A week after Mercury turns direct, there’s a New Moon in Aquarius and what’s interesting about this New Moon is that it’s the second in a row in this sign and the same sector of your chart. The first Aquarius New Moon took place on January 20th, the day before Mercury turned retrograde and as New Moons indicate new beginnings, last month your ideas or plans may have been halted suddenly.

The New Moon on February 18th is brilliant for second chances and not giving up but trying again. Relate the astrological symbolism to your own situation and make your money moves between February 11th and February 19th.

The 19th is another interesting date for money and work matters as Mercury makes its third and final connection to the planet Saturn in your work and health sector. These two planets came together on January 5th and this month they meet twice, on February 5th and finally February 19th. As the third connection falls the day after the New Moon this feels promising whether there’s good news for you with regard to a job or contract or finally you can have the conversation that helps you find out where you stand financially.

Being ruled by the Moon, your emotions tend to wax and wane and you’re at your best when you feel safe and secure, knowing where the money’s coming from. The positive connections to Saturn will help bring you stability and you can build on strong foundations. The one time you may experience a wobble is from the 23rd-26th when the Sun in Pisces clashes with the Saturn-Neptune square.

This isn’t about money but about work and your direction in life. Finding a way to follow your dreams at the same time as holding down a regular job, for example, could be bewildering and you may flip between the two. How this plays out depends on your personal situation but you will boomerang between the sensible option and what’s comfortable versus living the dream and making the most of life.

If you can get away this month or do something that allows you distance and perspective on your situation at home, at work or with regard to your finances, make it happen, even if it’s only for a weekend or a day. A holiday would be ideal and just what the doctor ordered (for some, perhaps literally) but do what you can and don’t let everyday needs and chores hold you back.

It’s all change on the 20th when the relationship planets Venus and Mars charge into the fire sign Aries which rules your career and vocation and where you’re heading in life. Get the right team behind you, surround yourself with people who inspire you and anything can happen.

This feels lively and passionate and downright impulsive especially on the 22nd when Venus and Mars conjoin in the heavens. There may be more than one person born with the Sun in Cancer who decides to live dangerously and start an affair with their boss or an employee.

You’re going to be attracted by power and status whether for you that means finding the partner of your dreams or going for gold yourself. It’s your choice whether you throw yourself into your career and true vocation in life or you throw yourself headlong into a passionate affair. Either way, there will be fireworks and a glorious and colourful display that will most definitely grab other peoples’ attention.