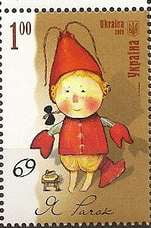 Let’s talk about love. Venus, the planet of love, has been in your opposite sign of Capricorn since early November 2013, an unusually long stay for the Goddess of love in your relationship sector. On the last day of January, Venus turned direct, and as this coincided with a powerful Jupiter-Pluto opposition, some of you may have experienced a major turning-point with regard to love.

With Pluto there’s always a theme of out with the old and in with the new or you may have been experiencing passionate or obsessive emotions either towards or from someone else.

Things calm down this month and Venus continues to move steadily through the sign of Capricorn. If you’re married or in a relationship, then there’s a chance to strengthen your bond or smooth things over between you. Venus makes only one planetary aspect in February and that’s a sextile or easy aspect to Saturn on the 25th. This backs up the steady theme of the month and Saturn rules commitment. It may feel right to make a stand for what you want when it comes to love and a steady and stable love life will suit you best.

Home and family affairs also dominate now with Mars, the action planet, at the base of your chart in the sign of Libra. There’s a lot of action here whether you’re busy at home, involved in DIY or you’re keen to make changes so you can move on. Home may be a feisty place with Mars residing in this part of your chart as Mars rules anger as well as passion.

On the whole, however, it feels a positive energy allowing you to deal with issues rather than sweep them under the carpet and the weekend of the 15th/16th is especially useful. This is a good time to discuss finances and look at who does what around the house. How do you share chores and is there a fair balance when it comes to money and expenses? Don’t forget that Mars is in Libra, the sign of the scales, so the ideal scenario is a harmonious home where everyone pulls their weight equally. This is easier to imagine than achieve sometimes as the scales constantly move up and down trying to find their equilibrium.

Mercury is retrograde this month from the 6th to the 28th and for most of that time, it’s in the sign of Aquarius, which rules joint finances and hidden or taboo matters, e.g. sex or buried emotions. There will be some challenges around these areas this month and it’s not a time when you are going to get the full picture of what’s going on.

Saturn squares both the Sun and Mercury in Aquarius on the 11th and 19th respectively so you may find that you’re dealing with a block or you’ve come to a dead-end with regard to money or more sensitive issues.

As Saturn currently resides in your 5th house ruling entertainment, creativity, children and love affairs, it may be one of these areas where you feel stuck. Writer’s block, a lover who won’t pay their fair share or a child who’s struggling for one reason or another and finds it hard to open up. Keep your eyes peeled and use your sensitive antennae to dig a little deeper for answers. Be compassionate to yourself and others too and if you need to slow down the pace, so be it.

If you’re waiting on a payment or a money matter to finalise, you will need to be extra patient and find that events only turn in your favour towards the end of February. There may be clues on or around Valentine’s Day when there’s a powerful Full Moon cutting across the money axes of your chart. The Full Moon brings things to light and can illuminate the dark areas.

It looks promising for a lovely gift this Valentine’s Day if you’re married or in a relationship although money being an issue can’t be discounted either. What takes place may highlight where issues need to be resolved between you and someone close.

Finally this month there’s one major planetary aspect taking place on the 26th and that is Jupiter, planet of opportunity, in your sign of Cancer clashing with Uranus in Aries, ruling your career. This is a classic ‘break for freedom’ aspect and with Jupiter strong in Cancer, it’s about protecting your own interests.

The second half of the month feels as if you’re going to be particularly restless, whether you’re secretly craving a different lifestyle or you feel the grass is greener elsewhere. Try to be grateful for what you do have and if you are inclined to make a move with regard to work, then let it be a positive one. If you’re ready to be more independent, go freelance or work from home, you’re in tune with your stars.

It will help to think back to August 21st 2013 and what began around that date with regard to your work and vocation and personal goals. There was very similar astrology back then and what you put in place may now be either reaping its rewards or have you craving a new kind of change. Easter 2014 is the final piece in the puzzle so depending on your own circumstances, there may be a couple of months to go before you’re ready to move on in your career or embrace a new or different lifestyle.