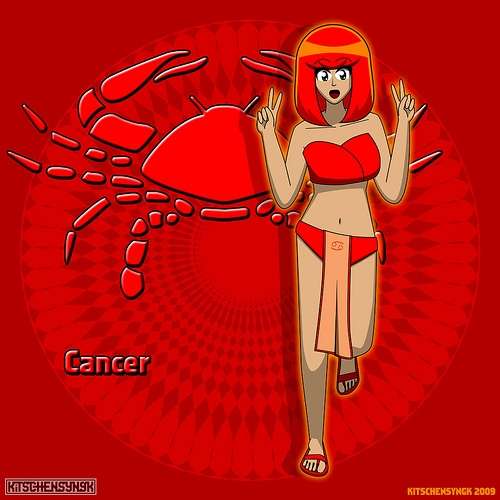 This may be the month that symbolises the festive season but there’s a lot going on in your chart with regard to your work and vocation. For some of you this means it’s going to be an exceptionally busy month whether you’ve taken on a part-time job in the run up to Christmas or you’re firing on all cylinders and looking to the future where work’s concerned.

The Sun is in Sagittarius ruling your work, routine and health until the 21st and it’s joined by Mercury, the planet of communication, from the 5th-24th.

This is a brilliant month to apply for jobs for next year or to talk to people and generate some new ideas about your work. For some, there’ll be a win with regard to work too and note in particular what takes place on or around the 10th.

The other planet ruling your career and vocation is unpredictable Uranus suggesting that work is unlikely to be steady but more in line with flexible employment, running your own business or at its best entrepreneurship. Uranus is mainly in helpful aspect this month urging you to be spontaneous and make that phone call that will make a difference. ‘If you don’t ask, you won’t get’ is not a bad mantra for you with regard to this month’s astrology.

The moon phases are always key for you being a Cancerian and ruled by the Moon and this month they also focus on work and/or your health. The New Moon takes place in Sagittarius on the 3rd, a brilliant day for sowing seeds with regard to work and career or beginning a new daily habit that’s life-enhancing and boosts your health.

The Full Moon takes place on the 17th cutting across the Sagittarius/Gemini axis of your chart and coincides with Uranus turning direct in the heavens. The Full Moon is often a time of completion or achievement when emotions are full. It’s always hard to predict for sure what Uranus will bring and you may already know whether it’s about a job ending or a job beginning. Either way it suggests change and needing to stay in step with future trends. Don’t take your work for granted and keep looking out for what’s new and exciting.

This could be as much a change of attitude about your work as an actual event as Uranus is the planet of awakening and often brings enlightenment. It may feel as if a light bulb switches on inside your head and you just know what you need to do whether it concerns your true vocation or what ultimately is going to bringing you happiness. Uranus is also the planet that rules technology and the internet so surf online if you’re looking for inspiration.

Venus, the planet of love, remains in your opposite sign of Capricorn throughout the month highlighting relationships and one-to-one partnerships. However, Venus turns retrograde, i.e. gives the illusion of moving backwards in the heavens, on the 21st and will remain on go slow until the end of January next year.

This turns the energy of Venus inwards so it suggests a time of reflection about love and a slower pace. It may mean needing to spend some time apart from a loved one or it may mean wondering what love’s all about or whether you’re in the right relationship or a wrong one. If you can, allow yourself the time to explore your feelings and not make any key decisions until Venus is back up to speed in February. For now, it seems as if some deep analysis of your love life is required.

Outwardly this may manifest over the Christmas holiday period and what takes place between Christmas and New Year may be the reason why you’re pondering about love. The astrology that takes place on Christmas Day and New Years Eve in particular is volatile and if there are issues that haven’t been addressed, it’s going to be hard to avoid them over the festive period. Now as most of us know, try as we might to play happy families over Christmas and New Year, the reality can be a tad different from the fantasy and with everyone cooped up indoors, tensions invariably rise.

This year Mars is in Libra down at the base of your chart putting on the heat with regard to family, your home and where you come from. Mars moves into Libra on the 7th and remains there until late July 2014 so this suggests a certain amount of disruption with regard to where you live or tempers flare within your family. On Christmas Day Mars opposes Uranus and on New Years Eve Mars clashes with Pluto.

So forewarned is forearmed and do your best to pre-empt what might happen or do your best to play the diplomat and dampen down any arguments before they get started. It may also be worth noting that you don’t have to put up with bad behaviour and if someone in the family isn’t playing fair, then you have every right to lay down the law and say enough’s enough.

If you know already that an alternative Christmas might be preferable, the weekend of the 13th-15th is the complete opposite and feels steady and stable and everyone can behave like adults rather than throw temper tantrums. And let’s face it with Jupiter in your sign of Cancer, you do want to have a happy Christmas and you are willing to play a protective role for others so why not lay down some guidelines then about what’s acceptable and what’s not, to ensure that everyone’s willing to pull together and play by the rules.

This is also a positive weekend for your love life with a significant development taking place for some. Take charge of the festivities this year to ensure everyone has a good time. On that note, wishing you a very merry and Happy Christmas and New Year!