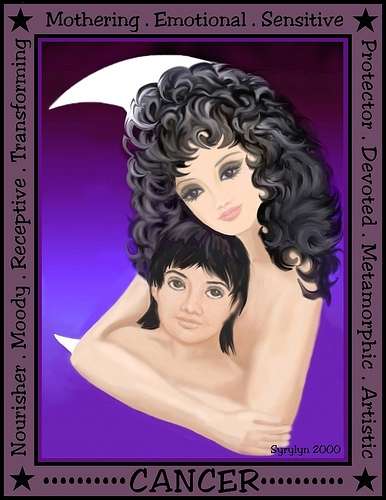 August feels like a fast-paced month for you, Cancer, as some of the obstacles that have been in your path recently are removed. The main reason for this is the fact that Mercury, planet of communication, leaves its Shadow phase on the 4th.

This means that Mercury is back at the place it was when it turned retrograde on June 26th and any delays or misunderstandings that have been in your life since that date start to fade away. It’s your cosmic green light and you may experience good news or find that new information comes to light early in August.

Mercury has been retrograde in your sign of Cancer so this is about finding your voice, talking about yourself and your personal life or understanding better who you are and gaining valuable insight. Mercury only remains in Cancer until the 8th but there are two more powerful planets in your sign backing up the theme of personal empowerment.

The first of these planets is Mars, planet of action, which remains in your sign of Cancer until the 28th adding determination, drive and energy to the mix. It’s a good month to get things done and make things happen and to lead an action-oriented life. Incorporate more physical activity and exercise into your everyday routine and get busy.

Mars is also the planet of anger so you may find yourself becoming frustrated at times or be more impatient than usual. Anger’s not necessarily a bad thing if this means you become more assertive, more competitive and it gives you extra drive. If there are people or situations in your life which have become intolerable and you want to be bold and say your piece, here’s your chance. You can put your foot down emphatically when Mars is in your sign. As long as you don’t get too carried away and find that you’re upsetting one too many people, why not make this a month when you decide to be assertive and put your own needs first.

The second planet is Jupiter which is giving you a boost now and will do so until July 16th 2014 when it leaves your sign. Jupiter’s the planet of freedom and expansion and this is about taking your opportunities when and where you can and making the most of life. Wherever you’ve felt restricted or held back, Jupiter’s urging you to spread your wings or at least to look out over the parapets. This is the planet that rules travel, learning and new experiences.

What’s interesting is that Jupiter entered Cancer on June 26th the same day as Mercury turned retrograde so even though the promise of new opportunities have been there for some time, you may find that it’s only now that you can finally do what you want and will feel as if your life is expansive and you’re ready to play big and embrace your passions.

Jupiter is the planet of positivity as it rules hope, faith and belief. It’s about seeing the glass half full rather than the glass half empty and it’s about believing that anything’s possible.

This is a huge month for you because Jupiter also meets up with the Uranus/Pluto square. On the 7th Jupiter opposes Pluto and on the 21st Jupiter squares Uranus. Uranus and Pluto together represent radical change and with Pluto in your opposite sign of Capricorn and Uranus in Aries up at the top of your chart, this ongoing clash of the Titans is creating changes not only in your personal relationships but in your work and career as well. It’s a case of out with the old and in with the new.

If you’re the one instigating changes, then it’s the ideal scenario to get rid of whatever’s not working for you, whether it’s a relationship or a job. However, you can’t escape the fact that life brings its own challenges and for some of you the Uranus-Pluto square will be an unsettling experience.

The best news is that Jupiter’s strong in Cancer as it’s the planet of protection in the sign of nurturing. So this is about defending what’s valuable to you, whether it’s your family, your home or someone or something else that matters to you deeply. There’s a sense with this Jupiter in Cancer that your home is where your heart is and that true security also allows you the freedom and space to move. So be good to yourself and the ones you love and create the changes that are necessary to ensure your life’s as secure and happy as it can be.

On the weekend of the 10th/11th and from the 24th-27th, the Moon and Venus respectively create a Grand Cross with the Jupiter/Uranus/Pluto combination as they move through the sign of Libra. This adds home and family and where you come from to the mix so you can see that this is a big month for you and the changes that are being put in place are creating a new and at times different future. It’s hard to stay put in the same situation when Jupiter moves through your own sign so be brave, soar high and trust that wherever life leads is where you’re meant to be.

Take note too of what happens this month on the financial front especially on or around the New Moon in Leo on the 6th. Small changes that you make to do with money may have a huge impact on your life in a year’s time when Jupiter moves into Leo blessing your money sector. Certainly your luck seems to be changing but it’s not without throwing all the pieces of the puzzle into the air and seeing where they land. If ever there was a time to embrace changes in your life, it’s now.