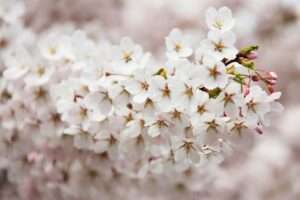 April is barely underway and there’s another key turning point, a major planetary configuration and this concerns a Lunar Eclipse cutting across the foundations of your chart.

This is super-important for you as your sign of Cancer is ruled by the Moon and your moods tend to be in sync with the cycle of the Moon. Just as the Moon waxes and wanes, your own emotions can fluctuate and change from day-to-day, hour by hour.

The Lunar Eclipse takes place on the 4th during the Easter weekend and it cuts across the Aries/Libra axis of your chart. This is an important eclipse cycle which began in October 2013 and continues until March 2016.

This is because Aries and Libra are the signs which represent the foundations of your chart. Aries points to your career and where you’re heading in life and Libra relates to your home and family, your past and where you come from.

Plus this eclipse links in to the Uranus-Pluto square, the final square of which took place last month on March 17th. Uranus is in Aries ruling your career and Pluto is in your opposite sign of Capricorn ruling your 1-to-1 relationships. So this is potentially a volatile combination when you have to accept that changes are underway and what takes place in one area of your life has a knock-on effect in another area.

It might help to look back six months as there was a similar eclipse on October 8th 2014. This fell at 15 Aries/Libra and this month’s eclipse falls at 14 Libra/Aries. Mercury, the communication planet, is also in the mix and with Mercury in Aries this indicates some heated conversations especially over Easter. Perhaps you already suspect that life’s shifting and changing and whether for you personally this is about love or work, what’s most important is your home and your family. This is where your heart lies.

Tradition states that you’re wise to wait a few days after an eclipse before taking action or making a big decision. Eclipses are shadowy and they often bring what hidden light. Even though Mercury in Aries is impulsive, a fast talker, you’d be wise to let things settle before speaking your mind.

There is another planet involved in this major combination and this is Jupiter, the planet of opportunity, in Leo and your money sector. Jupiter is incredibly helpful and supportive at this time and the key dates to note are the 2nd, the 6th and the 8th. So money’s a huge motivator. For some, it might be the appeal of a big pay package, for others you realise that money differences are impacting on a close relationship or perhaps you receive a gift of money but that too comes with extra emotion or strings attached.

Let the money be your guide as Jupiter is a protective and charitable influence. Once the dust settles after the eclipse and the Easter weekend, there’s a sense that you’re ready to let things go, close a door on the past and move on. Jupiter offers you freedom and opportunity.

On the 8th Jupiter turns direct in Leo and remains in full flow until August 2015. This is good news for you financially as Jupiter in Leo represents abundance. Look after your financial needs and trust that you’ll prosper with Jupiter’s blessing.

The other key dates with regard to work and money matters are the 10th when the Sun and Mercury come together in Aries, brilliant for a meeting or interview and the 18th when there’s a New Moon in Aries. A New Moon often brings in new beginnings and the chance to make a fresh start. Set your intentions for your work and career and be proactive in your dealings.

There’s also a strong emphasis on friendship this month and as April begins both of the relationship planets, Venus and Mars, are in Taurus, the sign that rules friends, groups and social networks in your chart.  This is where you find comfort and everyday simple pleasures. Be around people you love and who know you well. Cultivate new friendships with people of like minds and let your friends support and nurture you and offer the same in return.

Mercury enters Taurus on the 14th followed by the Sun on the 20th suggesting that it’s your friends who are dependable and loyal and who you can go to for sound advice. If you’re looking for love, the best kind of relationship right now is a slow burn, nurturing love and affection with someone who’s been in your life for a considerable time already.

There might be another kind of love on offer in April as Venus, the love planet, enters Gemini and the most hidden sector of your chart on the 11th. This hints at an affair or a relationship that you have to keep secret or private for some reason. You might find that you’re harbouring feelings for someone in your life but for whatever reason you can’t let your feelings be known.

Bide your time if you’re unsure about a new relationship especially if it is illicit. Jump in feet first and you might find this impacts on your work or even your health. Find out what a good friend would do and once again rely on them for support and advice. If you get the opportunity, visit a friend you’re fond of on the weekend of the 11th/12th or the last week of the month. Organising a holiday with friends is also well-starred.