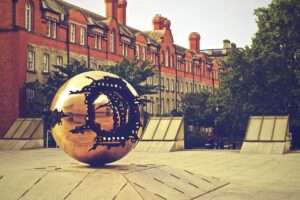 September brings not one but two eclipses and as eclipses are symbols of drama and hidden events coming to light, this is a big month for you. Your sign is ruled by the Moon and as the eclipses are turbo versions of the New and Full Moons, this is another indication that this is an important time.

The first eclipse is a solar eclipse which takes place on the 13th in the sign of Virgo when both the Sun and Moon are at the same point in the heavens. Virgo is the sign that rules communication in your chart so this feels powerful for the things that are said and not said.

Eclipses can switch off a light just as easily as trigger new events and as this eclipse falls four days before Mercury, the communication planet, turns retrograde in the heavens, this spells a communication crisis.

You might hear something that makes you angry or spurs you into action. Your initial reaction might be to write a letter, email or text and send it immediately but to be honest this wouldn’t be wise.

This is because traditionally you’re meant to wait a few days or even a week after an eclipse before making a key decision or taking action and by that time Mercury’s on go slow. You can certainly write things down but it’s probably not the time to post an actual letter or hit the send button on an email.

Mercury turns retrograde in the sign of Libra ruling your home and family, your past and where you come from and the planet of communication is on go slow from September 17th until October 9th.

This can play out in different ways but it makes negotiations especially tricky in the areas mentioned. There might be a misunderstanding, crossed wires. You might find that someone changes their mind about a wedding, big event or a house move.

It’s important to remain flexible when Mercury’s on go slow and to read between the lines. If you’re concerned about someone in your family, be there for them but don’t push them to talk or open up. Show your care in other ways.

The second eclipse of the month takes place on the 28th and this is a lunar eclipse with the Sun in Libra and the Moon in Aries. This is another powerful planetary event for you as it cuts across the foundations of your chart. Libra rules your home and family and Aries rules your career, your future and where you’re heading in life.

For some, this suggests a career crossroads, a time when you’re considering who or what is most important in your life. There might be key decisions to make that depend on someone close to you, a parent or child. Eclipses can indicate the end of the road for your current path and with Mercury on go slow, this must include a cooling off period.

It looks as if you have some big decisions to make right now with regard to your work and your career and you can’t rush into anything. This is confirmed because on the 18th, the planet Saturn’s on the move. It returns to the sign of Sagittarius, where it was from late December 2014 until mid-June 2015. Sagittarius rules your work, your routine, your lifestyle and also your health.

This planetary factor combined with the eclipse indicates that for some, you’re having to rethink your path ahead, perhaps because one door is closed to you. Saturn is your partner planet so this might involve events in your other half’s life too. It’s not easy symbolism but with Mercury on go slow until mid-October, you’re wise to put off the big decisions until then if you can.

Better news comes your way early on in the month when Venus, the planet which rules love and money, turns direct on the 6th. Venus was on go slow for six weeks and this is a key turning point for you. Plus five days earlier on the 1st, Venus and Mars conjoin in the heavens. In mythology, these two were lovers and this feels happy and abundant.

Both Venus and Mars team up with live wire Uranus in Aries and your career sector on the 8th and 23rd so even though you can expect some challenges on the work front this month, you also have backing, the unexpected which kicks in.

Look to other people to help and support you. Someone might offer you a lucky break that helps you financially or you recognise that you’re ready to do things differently. Uranus is the flexible worker, the entrepreneur, the person who works shifts. Turn to others for advice and inspiration if a regular work gig or your everyday situation is undergoing change.

It does feel important for you to know that this is a month of questioning, a time of exploration when you will meander off in different directions and at times wonder whether you’re ever going to reach your destination or understand things clearly.

The major planetary aspect this month takes place on the 17th between Jupiter in Virgo and Neptune in Pisces. Together these two planets spell compassion and they’re in signs which link to learning and education. This is not a time to make do with an ordinary existence, instead you’re being pulled towards a bigger purpose in your own life.

Look out for new opportunities that come your way to help others, to gain knowledge, to study, to travel. Any or all of these activities will help to shift your own perspective and remind you of what’s really important in life. There will be times when you feel lost or sense that you’re out of your comfort zone but ultimately you’re moving towards something greater, that will bring a deeper sense of fulfilment.