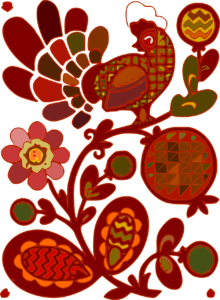 Action planet Mars is at the top of your chart in February, strong in the sign of Aries, ruling your career and vocation, your status and reputation. This is a positive month to throw yourself into your working life, to lead from the front, to be bold and courageous.

In fact, the more you prioritise your work the better, now and over the next few months. It’s here where the action’s at so be pro-active and engage with whatever’s happening. If you want a new job, start the ball rolling; if you want a promotion, do whatever’s necessary to get yourself noticed.

Mars on its own is a dynamic energy, pushy and go-getting but on the 3rd, Venus joins Mars in this same sector of your chart. Venus represents relationships, social connections, doing what you love. Venus is a softer, gentler influence although in Aries, even Venus knows what she wants and how to get it.

This might indicate the start of a competitive period at work when it’s wise to get on the right side of people of influence and to keep close tabs on what other people are doing. It’s through your connections that you can make the right moves now so work closely alongside other people and team up with someone influential who can help you make swift progress.

If you want to get ahead this month, it does also mean that you might have to make work or your vocational goals a priority. On the 6th, big planet Jupiter turns retrograde in Libra and your home and family sector and remains in retreat until June 2017.

Even though these areas of your life tend to be your comfort zone, you may have to make some tough decisions now about putting work first. Money matters too are part of the picture with the Sun in Aquarius and your joint finance sector until the 18th.

In addition, there’s a Lunar Eclipse on the 11th that cuts across the Leo/Aquarius axis of the zodiac, highlighting money. A Lunar Eclipse is a Full Moon with extra punch and eclipses are often linked to the unexpected and bring what’s hidden to light.

Being a Moon child, you tend to feel the phases of the Moon more fully and emotionally than other people. This eclipse is linked to an ‘almost eclipse’ that took place in August 2016 so events back then could be related to what’s happening in your life now.

Plus this is the start of a new eclipse cycle lighting up your money sectors which lasts for the next two years. So it’s here where change is likely and where you’re wise to turn your attention. This may for example be linked to a new work role or contract that pays well but requires 100% focus.

You could also lose a form of income during the eclipse although there’s a lot of support at this eclipse from other planets. So this might mean taking a drop in salary but having someone in your life there for you, either emotionally or financially.

You might be swapping jobs to do something that suits you well or perhaps you’re on the move because of a new partner or because your current partner has accepted a job in a new town or country.

Keep your options open during the eclipse period and know that what you begin now is the start of a new transitional phase in your life. You may already be thinking ahead, especially if you are expecting changes to your home or family situation.

A lot of the events this month require careful thought on your side and in some cases, it will mean doing what you think is right rather than what you feel is right. Certainly up until the 18th, it’s a  case of putting your head before your heart.

This could have an impact on a close relationship and after January’s events, you either need some space or a more rational approach to love and relationships. Communication planet Mercury leaves your relationship sector on the 7th after which it’s time to turn your focus to more worldly concerns, the bigger issues outside of your 1-to-1’s. You may even find this month that absence makes the heart grow fonder.

Having said that, your partner planet Saturn is in action on Valentines Day, the 14th, but this feels committed rather than romantic or passionate. It’s about doing the sensible thing if you’re in a relationship or married and making an agreement that benefits both of you. This too might be linked to money and finances.

After the 18th, you’re back in flow once the Sun enters your fellow water sign of Pisces and you’re ready for a romantic phase and to indulge yourself in activities that inspire you. The Solar Eclipse on the 26th takes place in this part of your chart when the focus is on travel and study and any activity that takes you away from everyday life.

This is a time when your dreams and imagination are in full flight and you might be more than ready to lose yourself, to take a step beyond the mundane. Tap into your creative or spiritual source to seek transcendence or bliss.

Yet don’t take this too far and lose yourself completely. There is a pile-up of planets in Pisces, including Mercury ruling the mind and Neptune ruling disillusion. This is the last in an eclipse cycle that began in March 2015 cutting across the sectors of your chart that rule exploration and education. You may have a completely different view of the world now than you did two years ago.

This could trigger a desire in you to travel, to study something new, to fulfil your wanderlust. You might even want to run away especially if you’re finding it tough in the marketplace or where you work.

Take care that you’re not overly impulsive at the end of the month as this coincides with some tricky planetary activity in your career sector. Wait a while if you can to see what plays out if life brings the unexpected your way. Any twists and turns will continue until the first weekend in March.