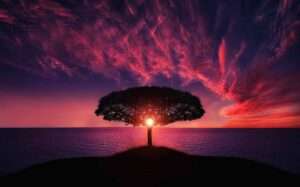 ‘Back to Black‘ was Amy Winehouse’s second and final album that was released in 2006. It’s one of those classic albums full of stunning tracks of music.

I loved it when it first came out and my daughter’s rediscovered it recently. We both agree there’s not a bad song on it.

When I was thinking about Saturn’s return to Scorpio which begins tomorrow, Monday 15th June and is one of this year’s major astrological transits, ‘Back to Black’ was a phrase that kept coming to mind.

Saturn is retrograde, in retreat and giving the illusion of moving backwards in the heavens. Scorpio is the zodiac sign most closely associated with the colour black. Scorpio symbolism rules all things deep and dark, hidden areas, taboo subjects. Saturn re-enters Scorpio and moves back to black.

In astrology, neither the planet Saturn nor the sign of Scorpio have a good press. In fact, they can both generate fear or an expectation that something bad is going to happen. Saturn in Scorpio is a tough combination, immovable, fixed, solid and Saturn digs deep into Scorpio’s psyche.

Saturn is Old Father Time in astrology, the last traditional planet and thus rules endings, boundaries, dead ends. This is the planet that exposes your limitations, puts obstacles in your path and expects you to work hard if you’re to reap your rewards. Conversely Saturn represents self-discipline, commitment, endurance, authority, doing things by the book. It’s the planet of rules, duty and sensible behaviour.

Saturn in Scorpio can mean you have to face your fears and deal with what’s hidden. This is the time to look at those things in life you’ve been ignoring or avoiding to bring closure or to close a door on the past.

This is a relatively short transit of Saturn in Scorpio and it only dips back into the last few degrees of Scorpio (28-30), so it’s most important for you if you have key planets/angles at these degrees. Saturn remains here from June 15th until September 18th and then it’s gone for another 29 + years.

Saturn has already waded through Scorpio from October 2012-December 2014. That two year transit was the hard slog, the reality check, the confrontation with loss, hardship or difficulties. Think of this new transit as a chance to check your progress, to consolidate your position and to look at what’s working or what’s not.

Most importantly, there’s a finality about Saturn in Scorpio that demands closure. It’s time to slam the door shut on the past, especially anything that’s dark or connected with loss. Never forget that Scorpio represents the phoenix who rises from the ashes. This is the sign of the survivor who experiences the dark so they can subsequently let go and move into the light.

This article ends by coming full circle as Amy Winehouse was born during the last Saturn in Scorpio cycle which took place from December 1982-November 1985.

Amy’s date of birth was September 14 1983 and in her chart Saturn is at 1 Scorpio and conjunct Pluto, Scorpio’s ruler. Saturn is the ruling planet of her unique and individual Aquarius Midheaven signifying her career and ‘Back to Black’ is a most powerful legacy.

If you’d like to read more about Saturn in Scorpio and Amy Winehouse, here are some previous articles from the website:

Saturn In Scorpio: What A Saturn Transit Looks Like – Nov 2012