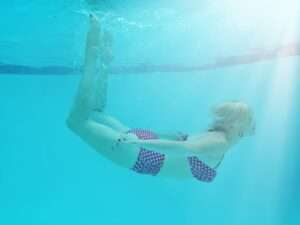 August is quite a month in the heavens. Here’s a round up of the top astrology to help you navigate your way through life.

Don’t forget to check out your personal horoscope too – click on Monthly at the top of the page to read all 12 star sign horoscopes.

Saturn (limitations/discipline) turns direct in Scorpio early August. It’s then one final push before Saturn leaves Scorpio for almost 30 years. Here’s how to make the most of Saturn’s last trawl through the latter degrees of Scorpio:

If a situation can’t be resolved, let it go, move on. You are preparing for a new stage in life.

Saturn finally leaves Scorpio on September 18th 2015 after the best part of three years in the sign of power and darkness. Saturn in Sagittarius has got to be brighter & lighter and more intent on seeking out truth & justice than dredging through the Underworld. Surely?

Yes, immigration controls are going to be an issue; schools, universities, foreign travel, politics & religion will be under the cosmic spotlight but ultimately it’s an easier transit.

When Saturn squares up to Jupiter, you have a clash between the old ways and the new ways. In black and white terms, Saturn rules death, the end of time and Jupiter rules new life and possibility.

The Jupiter-Saturn square often indicates a clash of values and beliefs, two different ways, the old v. the new, modern v. traditional. In your own life, it might show up as conflicting opinions, someone who’s stuck in the past whilst you’re ready to embrace the future, for example. It’s the person who shouts Yes, go for it (Jupiter) v. the person who says No and is sceptical of you or your plans.

It can indicate an inner conflict; one minute you’re full of enthusiasm and optimism for what’s possible (Jupiter) and then the brakes slam on as your’e confronted by fear or doubt (Saturn). Notice in your own life how this clash of opposites plays out.

There is always the possibility of resolution with the more difficult planetary aspects, the square and the opposition. How can you combine the two energies involved so they work together and complement each other?

At its best the Jupiter/Saturn symbolism shows as the realistic optimist. You have your vision (Jupiter) and the means (Saturn) whereby you can turn your dreams (Jupiter) into reality (Saturn).

Jupiter is the biggest planet in astronomy and the best planet in astrology. It represents opportunity, growth, expansion, freedom; it’s the planet of hope, trust and faith; Jupiter is ‘jovial’ and a lover of hedonism; wherever Jupiter is in your chart, this is where you can embrace life to the full.

Jupiter takes 12 years to circuit the zodiac which means it spends approximately 1 year in each star sign. Since July 2014 Jupiter has been in the playful yet dramatic fire sign Leo but on August 11th 2015 it enters Virgo where it remains until September 2016.

You can see that this isn’t a marriage made in heaven and yet Jupiter in Virgo has many good qualities. This is the time to discover (Jupiter) what you’re good at (Virgo) and to hone your crafts and skills. You might discover a vocation (Jupiter) that helps other people (Virgo), you might have a vision (Jupiter) to serve or to be of service (Virgo). This spells good news for the health and well-being industries (Virgo) and we will all benefit from a timely reminder of the mind-body-spirit connection.

n.b. There is a Sun/Jupiter conjunction in Virgo on August 26th. This is always a big event as it gives you a flavour of what Jupiter in Virgo will mean for you. Jupiter expands what it touches and the Sun rules your essence, your vitality, your life source. It’s one of the luckiest dates in the year full of promise and opportunity.

The planet that rules love, money, art, beauty, sex, sugar, pleasure is retrograde, i.e. on go slow throughout August. It moves back from 29 Leo – 15 Leo over the 31 days.

I have been posting some fantastic articles on this major planetary event which takes place every 18-20 months on my Facebook page. Basically some or all of the areas mentioned above are up for review when Venus is retrograde, i.e. on go slow. View this as a time of exploration, a time to experiment, a time to go inward, to slow down the pace.

Questions to ask yourself: What do I value? What do I desire? Where’s the joy in my life? You might rekindle an old love, you might be questioning love whether you’re in a relationship or out of a relationship, you might be changing your eating or spending habits. Be sensual, prioritise self-care, focus on what you want and need more of in your life.

Once Venus turns direct on September 6th, then you can implement the discoveries you make during the retrograde phase. Until then, go with the flow.

The New Moon falls in Leo and even though Jupiter has left Leo by this date, Mars (action) is in Leo from August 8th until September 25th so you can still make the most of the Leo vibe and what it means for you. A New Moon is a symbol of new beginnings and a brilliant date to start a new project, launch something new.

The Full Moon cuts across the Virgo/Pisces axis highlighting the signs of service and care. This Full Moon links in to the new transit of Jupiter in Virgo as Jupiter is conjunct the Sun.

The Full Moon often highlights emotional matters and is a symbol of culmination and completion. Trust your intuition. You often see your own situation with clarity in the bright light of the Full Moon.