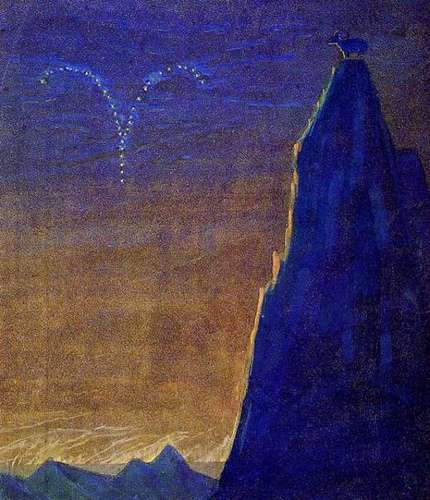 There’s a positive feel to September as Mars, your ruling planet, entered your fellow fire sign of Leo at the end of last month and it remains in this part of your chart until mid-October. This is a fun placing for Mars, planet of action, as Leo rules creativity, play, children and romance. It’s a go-getting combination and you can focus your enthusiasm and energy into enjoyable activities.

Last month Mars was dragging its heels in Cancer and the sign of the crab but this month there’s a positive vibe and more than one reason to be cheerful. The more you put into life, the more you receive in return so boost your social life, spend quality time with your kids, focus on entertainment or go all out to get yourself a date if you feel so inclined. It’s also a brilliant month to spice up your sex life especially if you want to get pregnant and start a family.

When it comes to love, there’s more than one opportunity for romance or togetherness as the other personal planets Venus, Mercury and the Sun play tag in your opposite sign of Libra. Venus is there until the 11th, Mercury from the 9th-29th and the Sun from the 22nd. If you want your relationship to flourish, put your partner’s needs first, be loving and giving and encourage complimenting each other. Libra’s the sign that rules give and take, compromise, tolerance and diplomacy. Being gentle and kind and a good listener is the first step towards transforming a relationship into a loving bond. If you’re a typical Aries, it’s often a case of ‘me first’ but you benefit now from slowing down the pace and making time for the ones you love.

Top date nights are the 14th when Mars and Uranus add spontaneity to the mix and Venus and Neptune turn on the romance and the 17th when Mercury and Mars come together making this an excellent date to communicate well. The weekend of the 7th/8th September is also promising when the Moon’s in Libra and an act of generosity creates a big impact. If you have a weekend together just the two of you, make it especially romantic and cuddle up at home.

September is widely thought of as ‘back to school’ month and this is the case for you as the Sun spends most of the month in efficient Virgo, the sign which rules your work, everyday routine and your health. It’s the perfect time to write a ‘to do’ list or create more than one schedule in your life so you not only name your goals but can tick them off when they’re done and measure your results. Work’s a likely candidate as is health and fitness and domestic issues. It’s up to you whether you’re sorting out your office, applying for jobs or starting a detox or new exercise plan. Manage your time well and you may be able to fit in more than you think to your everyday lifestyle and aim for activities that boost your mind, body and soul.

Align your activities with the phases of the Moon as this month they fall in the signs of Virgo and Pisces ruling work, health and service to others. The New Moon in Virgo on the 5th is brilliant to start a new project and initiate new ideas and the Full Moon cutting across the Virgo/Pisces axis on the 19th highlights a project coming to completion. Set yourself a goal that you can complete in the fortnight between the New and Full Moon and tap into the lunar energy.

Once you have your routine organised and you’re living life effectively and efficiently, then you can get to grips with the big issue this month that’s linked to money and shared finances ruled by Scorpio. You may become aware of this issue on the 9th when your planet Mars squares the taskmaster of the heavens Saturn but things definitely heat up when Venus, your partner planet, moves into Scorpio on the 11th and a week later on the 18th meets up with Saturn. If you are in a relationship, then you will need the charm of Libra to deal with a sex or money matter that emerges. The 28th suggests a potential clash between you and someone close when Venus and Mars square up to one another in the heavens.

In a relationship or not, expect issues around power and control and who owns what or earns what to surface mid-month, whether you’re involved in a dispute with an ex, a financial institution or a second party who has the weight of authority behind them. The turning point is the 20th/21st when firstly Pluto in Capricorn up at the top of your chart turns direct and secondly Saturn and Pluto connect in the heavens.

This takes you back to the end of December 2012 and a very similar aspect between these two heavyweight planets. In some shape or form, you need to decide what you hold on to and what you can discard or let go of. If you’re up against authority in any context in your life, these dates are likely to be significant and one way or another you’ll know where you stand and what options are open to you. Saturn remains in Scorpio for another year yet so you’ve got to get tough on the financial front whether you’re attempting to clear debts or secure your financial future.

This aspect can be helpful as Saturn and Pluto are in mutual reception, i.e. in each other’s signs so this may play out as a good cop, bad cop scenario. Best case: you negotiate with the boss and sign a new contract. Worst case: you find it impossible to keep on top of debts and declare yourself bankrupt. These are only examples and a lot will depend on your own personal situation and how your life has changed since autumn 2012.

The bottom line is that you can’t have everything your own way now as someone in your life has greater power but that’s not to say you can’t put up a fight or stand your ground. The biggest shift comes when you either accept you have little control over a situation or you decide to let go of something in your life that’s no longer working for you. Ruled by Mars, you’re perfectly capable of channelling your tough guy nature and that might be just what’s needed toward the end of September.