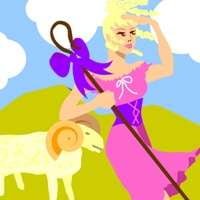 The action starts early in November with another run-in of the challenging Uranus-Pluto square on the 1st. These two heavyweights of the heavens clash 7 times and their effect can be felt in the world from 2010-2015 so it’s an ongoing challenge.

The ‘protestor’ is the iconic symbol of this clash signalling the haves v. the have-nots and the ‘little person’ standing up against corruption and big business or government especially when the latter don’t respect the individual’s rights.

It’s an important square for you as Uranus is in Aries kicking off your own rebellious tendencies and making you super-restless. You’re in the zap zone if your birthday falls at the end of March and you may already know/suspect that change is currently a major part of your life.

Pluto in Capricorn has been transforming your career sector since 2008/2009. Whether you have your own personal battle against a corporation or institution or you’ve decided to do your own thing work-wise and get off the hamster wheel of the 9-5, it’s going to be harder to conform and play by the rules whilst this combination is ongoing. And yes, for some of you, this signals a time of unemployment when you can’t get your foot in the door or pick up the job you want/need.

Help is at hand on the job front when Venus enters Capricorn and your work sector on the 5th. Venus remains in this sector of your chart for an unusually long time as she turns retrograde just before Christmas. For now look out for a female boss or someone in an influential role who can help you.

Mid-month however on or around the 15th, you may have to play by the rules with this individual and toe the line in some respect as Venus joins in the game with Uranus and Pluto. Take note that you can’t have everything your own way unless you’re ready to strike out on your own and be completely independent. It depends on your personal situation what works for you.

In addition this month, Mars your ruling planet, is hunkering down in the earth sign Virgo so hard work is on the cards. This is a helpful influence if you’re applying for jobs or you’re busy working towards a deadline. Mars in Virgo is great for efficient and effective time management and getting yourself organised in the run up to Christmas.

It puts the spotlight on health and fitness and reminds you of the link between mind, body and soul. Look after yourself and introduce some healthy daily habits and you’ll boost your productivity levels in other areas too. Mars in Virgo is about being sensible and doing the right thing. Boring but true!

Money matters are also flagged up this month for a couple of reasons. Firstly there’s a solar or New Moon eclipse in Scorpio on the 3rd. This is part of an eclipse cycle that began November 2012 and continues through to October 2014. This coincides almost exactly with Saturn’s journey through Scorpio. Put the two together and it’s a double whammy: the heat is on.

If you’ve survived so far with your finances intact, good on you. However if you’ve struggled or had issues with other people trying to get their hands on your money in some shape or form, you’re in tune with your stars. Saturn often represents an authority figure which could be a financial institution, the tax man or the law courts and to stand up to Saturn, you have to play by the rules, which seems to be an ongoing theme for Aries at the moment.

A New Moon eclipse does at least give you the chance to initiate new beginnings and start afresh in some way even it means sitting down and working out a plan on how to pay off a debt or pay someone monies owed. More information may come to light on the 10th when Mercury turns direct in this same sector of your chart. Help is on hand and perhaps from a different authority and someone who has your best interests at heart. Get expert help if you need it or talk to family as they may hold the solution.

Mars teams up with Saturn on the 9th and Jupiter on the 19th and both of these aspects are easy and helpful. Jupiter in Cancer suggests that you may be able to loan money from someone in the family or make money via your own home. Look at all the options as Jupiter tends to be where you find your luck. These two planets, Jupiter and Saturn, come together in the middle of next month making life easier for you on the run up to Christmas. If you’re planning a home move, expect to receive good news either on the two dates mentioned above or next month on the 13th.

Nearly all the focus this month is on work and money matters and it’s worth putting in an extra push whatever it is you want to achieve. If you do fancy a break away or a day out, the weekends of the 2nd/3rd and 23rd/24th or 29th/30th jump out. Planning a holiday for next year is also well-starred.

Finally if you’re looking for love, you’re most likely to meet someone new through work or your daily routine. For those of you who are married or in a long-term relationship, make sure you’re reading from the same page when it comes to work and money matters. Together you can make a good team but it’s important you share a similar outlook especially with regard to your future security.