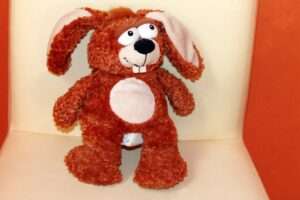 To say this is a big month, Aries, is something of an understatement. It’s huge!

Yes, your stars are currently unpredictable but boy, are they exciting. Pick up the pace, be bold, be willing to take risks and live life to the full.

As the month begins, the relationships planets, Venus and Mars, are in your sign of Aries until the 17th and 31st of the month respectively. On the one hand, this is a positive symbol for relationships, at least if you’re keen to be in a relationship that’s happening rather than stagnant.

You know more than most that a relationship thrives when you actively encourage each other to follow your own goals and a relationship must include within it a certain amount of independence and freedom to keep it alive and vibrant. Push for what you want if you’re married or in a relationship or alternatively if you know you’re in the wrong relationship, do something about it.

Finally, on the relationship front, if you’re looking for love, jump to it. Speed dating is perfect for you and this is a great month to be bold, ask someone out, initiate love. You’re the first sign of the zodiac so don’t wait around for other people to make up their mind, go get what you want. The best dates for making new connections are the 1st, 3rd, 4th, 10th and the weekend of the 20th-22nd.

Mars is your ruling planet, the planet of action and initiation, and it returns to your sign of Aries once every two years. This is called your Mars return and it’s a period when you’re potentially strong and can take charge of your life.

Look out for extra bursts of energy this month, feeling super fit in body and mind and turn dreams and schemes into reality. It’s a ‘make it happen’ combination and any activity that boosts your self-esteem, your health and your mindset is highly recommended. This is not a month to be indecisive or take your time, instead action reaps rewards.

Plus you have luck on your side now with Jupiter, the planet of opportunity, in your fellow fire sign of Leo. Wherever you find Jupiter in your chart is your golden ticket. Leo rules love affairs, children, your creativity, entertainment and lucky chances. The date that leaps out this month is the 3rd when there’s the second of three Jupiter-Uranus trines. The first aspect took place on September 25th 2014 and the third aspect will take place on June 22nd 2015.

Jupiter and Uranus were Sky Gods in mythology and they both represent space and freedom. Together they’re about breaking free, breaking through boundaries, being expansive and taking advantage of all that’s new and different. Where in life are you ready for an adventure? What’s calling you, where does your passion lie? It’s a wonderful month to be spontaneous and to say Yes to life.

All this good stuff is foreground in your life now but there’s a back story and this is due to the Uranus-Pluto square that’s dominated the heavens since 2012 and possibly you felt its influence a few years before that. For many of you born under the sign of the Ram, this has been about huge changes within your career and vocation. If Pluto has slammed the door shut on the direction in which you were heading and you’ve had to reinvent yourself, you’re in tune with your stars.

Uranus in your sign of Aries is an unpredictable element bringing surprises, affecting your physical body, your image and appearance but also your personal goals and ambitions. Uranus in Aries is fiercely independent and if you’ve set up in business on your own, you use technology or the internet to good effect, then you’re surfing the waves with confidence.

The 7th and final Uranus-Pluto square takes place on the 17th of this month so there might be one more piece of the puzzle that has to fall into place. As we have now experienced six Uranus-Pluto squares, it becomes easier to predict how to work with the energies rather than fight against them. The very basic symbolism is ‘out with the old and in with the new’ and the message is clear, you can’t resist change.

Look at how and where you can do things differently and seek out alternatives. This whole energy taps into the side of your nature that’s pioneering, that wants to embrace new trends and zoom off into orbit. The 10th & 11th of the month are key for you when Mars in Aries combines with the Uranus/Pluto square. Don’t take unnecessary risks in the period between the 10th-17th and avoid anything dangerous. Mars-Uranus aspects can symbolise accidents if you’re overly impulsive.

This month also heralds the equinox on March 20th when the Sun completes its journey round the zodiac and enters the first sign, your sign of Aries. The equinox takes place every year but it’s especially powerful this time round as there’s a Solar Eclipse on the same date. Eclipses are New Moons with extra oomph so they represent beginnings but eclipses symbolise events that are hidden or shadowy.

As this eclipse takes place at 29 Pisces, the last degree of the zodiac, this is more evidence that you need to close the door on the past in order to move forward and start over. This might involve giving up an old habit, decluttering, paring back to essentials, creating a clean slate, sweeping out dead wood so you create the space for new energy to come in.

Pisces is the most hidden sector of your chart and this could involve a secret, something private and confidential, dealing with regrets, past grievances. Again there’s a strong sense this month that it’s only when you close a door on the past, that you can create your bright new future.

The final date to note is the 25th when the Sun is trine Saturn in Sagittarius. The fire signs, Aries, Leo and Sagittarius, are powerful now, dominant in the heavens. For you, this triangle of energy links your personal goals and ambitions, your image & appearance with your desire to see more of the world and to gain new knowledge. Choose your mountain to climb this month and take your first step.