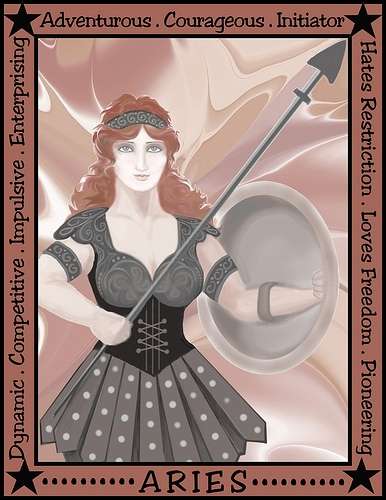 This is a month with two New Moons instead of the usual one and the most intense activity gathered at the beginning and end of the month, although in your case most of the month is looking lively.

To have a New Moon on New Year’s Day is a convincing start to the year and what you begin on this day has strength within it. This New Moon is not only a combination of the Sun and Moon coming together but Mercury (communication) and Pluto (loss/power) complete the line up. Words have power; endings are likely as new beginnings and there’s a very strong possibility that what you decide or commit to will run and run.

All this activity takes place in the sign of Capricorn up at the top of your chart ruling your career, your vocation, your status and reputation. I suspect that for many of you the close of one year and the beginning of a new year is going to be a major turning point when you either decide to change jobs, refuse to give in or stand up to someone in a position of power. It feels like adding rocket fuel to a New Moon that’s already keen to start afresh, create new intentions and begin 2014 with a bang.

Home and work are strong themes for you going into 2014 as Jupiter, the planet of opportunity and expansion, is down at the base of your chart in Cancer, the sign that rules home, family, your past and where you come from. Jupiter in Cancer is a protective influence urging you to put family first, to make a home move that benefits all of you and to gather in the clans.

Jupiter is now halfway through it’s journey in the sign of Cancer and in the first half of the new year, home and family will play a big role in your life. Expect news of a wedding or a significant family anniversary and safety and security will become increasingly important to you.

Jupiter and Pluto face off on the 31st for the second time and you may have to make a tough choice between work and home or in some other way with regard to these key areas. Pluto can represent loss so if you’re without work or someone in the family is changing jobs, pulling together as a family and being resourceful comes into play big-time. This theme is also evident at the month’s Full Moon on the 16th which cuts across the Cancer-Capricorn axis of your horoscope. These are emotional areas for you as the year begins and trying to get the balance right.

Pluto often represents hidden things and as Jupiter rules abundance, you may find wealth or opportunity in something that’s been thrown away or discarded. Symbolically this could play out as a major de-cluttering, finding treasure in unexpected places and recognising the richness in the ‘compost heap’ of life. Recycling and regeneration are Jupiter/Pluto themes so get your thinking hat on and see what you can create from the stuff that’s been rejected or thrown away.

Relationships are a big theme for you this month and up until the summer with Mars your ruling planet now firmly ensconced in your opposite sign of Libra. Mars isn’t traditionally strong in Libra but with the planet of war in the sign of peace, you can be a smooth negotiator, a diplomat and fight for what you believe in. A lot of great leaders who believed in peace had this placing, e.g. Nelson Mandela and the Dalai Lama.

Mars is in exuberant and adventurous mode this month bumping into Jupiter on the 8th and a retrograde Venus on the 16th. This feels like fun and games on the love front, whether you’re airing your views strongly or you’re playing the field in love.

Venus is currently on go slow so if you’re in a relationship or married, your partner may be out of the picture at the moment or quieter than usual or simply caught up in their own thoughts, their work or life events. It’s as if you’re moving forward whilst your other half is taking a step back or vice versa but either way it feels lively yet out of sync.

Getting love right is more important than usual too as you can’t be as independent as you would like to or as you usually are. Learning to compromise, to give and receive and to live well with others is the gift that Mars in Libra brings to you. It’s less about getting your own way and more about the joy of sharing in other peoples’ happiness.

Patience is necessary if you’re to sail through any changes in your circumstances unscathed and by this I mean within a relationship. Temptation will come from elsewhere and your thirst for adventure wants to be quenched but this might be about proving that you can hang in there for the long term.

If you’re single and looking for love, anything goes right now and it could be a lively time on the love front. As long as you remain flexible and willing to go where life leads, you’ll know more once Venus turns direct on the last day of the month.