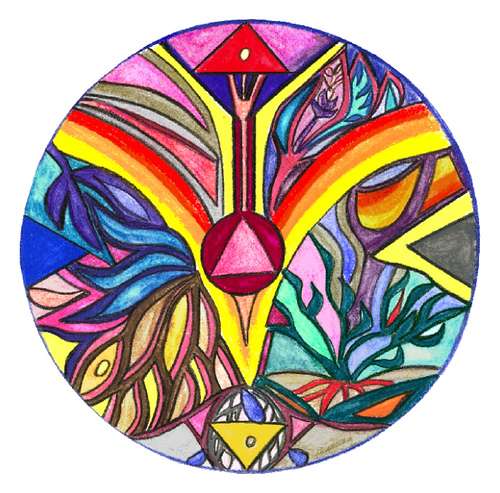 Are you ready for a big month, Aries, a roller-coaster ride through life? Part of you is probably shouting ‘oh yeah’ whilst another part of you wants to run and hide. The truth is that everything feels intensified this month and the best way to deal with this is to confront what’s going on rather than pull the duvet over your head.

However, choose your battles wisely and avoid unnecessary confrontation. Fight for your rights and defend other peoples’ rights but don’t get involved in road rage, for example. Let’s have a closer look at what’s going on and how you can not only survive but thrive this April.

The most important factor for you is the fact that your ruling planet Mars is currently weak rather than strong. It’s not only in a sign that it doesn’t especially like, Libra, but it’s retrograde or on go slow in the heavens. This may play out in different ways for you but with the focus on relationships, it’s likely that other people are in charge or hold the trump card.

You’re a self-oriented sign and when you have to take other people into account more than usual, it’s not easy. If you find yourself becoming irritated with others either in your personal or professional life, you know something’s going on. The truth is you may have to wait a while, perhaps until late-May, before you can do what you want in a specific area of your life.

Mars needs direction and you need to be able to channel your energy and your anger. If you know you’re holding your feelings in, find a way to be assertive without being aggressive. If you know it would help you to run round the block or let off steam in some other way, go for it. It’s harder than usual now to access that strong Mars energy.

Events at the beginning of the month are an indication of where the action’s at in your life but the turning point in the month comes on the 15th when there’s a Full Moon or Lunar eclipse cutting across the Aries/Libra axis of your chart. This falls in the same place as the lunar eclipse which took place on October 18th 2013 so look back to that time to see if it gives you any clues as to what’s going on.

This does feel like make-or-break time for love or another key partnership in your life as eclipse symbolism suggests someone winning and someone losing, a door closing in your life so you can begin afresh and you may need to decide whether you’re ready to commit or quit.

If a relationship begins now, it’s unlikely to be smooth whether it turns your life upside down or you have other people to contend with who aren’t pleased. Alternatively, if you’re in a relationship or married and you’re going through a rocky patch, what takes place mid-April is crucial to determine whether the two of you are going to pull through together or be heading off into the sunset.

Easter weekend is pivotal when there’s one more hit of the Uranus-Pluto square which first began back in June 2012 and this time two other planets are involved. Jupiter in Cancer, ruling your home and family, and your planet Mars in your opposite sign of Libra. To complete the picture, Uranus is your sign of Aries bringing out your rebel and individual tendencies and Pluto is in Capricorn ruling your career and vocation in life.

So basically four big areas of life are at a major crossroads and change in one area affects all the other three. This may mean that your place of work is relocating or scaling down, you may be setting off on a big adventure that encompasses freedom, travel and independence or changes to your partner’s life or your family’s life impacts on your own.

You’ll be clearer about the situation once Easter is past and you can then decide your next course of action. Whilst all this changeable energy is going on, Venus, Goddess of love, is in Pisces, a sign where she’s exalted and beneficial. It’s a gentle energy and a reminder that it’s important to be kind to yourself and others, especially when and if big changes are underway.

Love is highlighted too on the 12th, 18th and 25th and another indication that for some a new love affair is the reason for so much change in your life. Venus is hidden away in Pisces and it’s only when she enters Aries early next month that you’re ready to go public or let your true affections be known.

Finally this month, focus on money matters from the 20th onwards once the Sun is in Taurus. Get on top of your accounts, make the phone calls that matter and be ready to pick up on the initiating New Moon energy when the Solar Eclipse falls in Taurus on the 29th. The more prepared you are financially the better but play your cards right and this can sweep in a new phase for money matters that’s powerful and helps you to build on strong foundations.